Dr. Michele Stacey, who teaches criminal justice at ECU, assessed the efficacy of the school’s diversity course by surveying 288 criminal justice students’ attitudes towards women and minorities both before and after taking the course, publishing her findings in the latest issue of the Journal of Criminal Justice Education.

"Overall, the results of the current study suggest that diversity courses do not have a significant impact on attitudes toward racial and gender minorities..."

Race, Gender, and Special Populations in the Criminal Justice System is a three-credit course that is required for the ECU major and minor in criminal justice. Aimed at educating students about the challenges of minorities in the criminal justice system, the course covers a variety of topics, including Native Americans and African Americans.

But while the course is also offered in the spirit of helping to reduce student’s bias towards these groups, Stacey discovered something interesting.

After assessing the bias of students before and after the course—using prompts such as “a woman should worry less about their rights and more about becoming good wives and mothers” and “if blacks would only try harder they could be just as well off as whites”—Stacey found that the course hadn’t altered students’ attitudes towards race or gender.

Only their attitudes towards homosexuality had changed, she found.

“The results of the t-test indicate that the only significant change over time in the scales was in attitudes toward homosexuality generally,” Stacey reports. “This would suggest that the course has no effect on [attitudes towards women], symbolic racism, or attitudes toward gays/lesbians specifically.”

“Overall, the results of the current study suggest that diversity courses do not have a significant impact on attitudes toward racial and gender minorities among criminal justice students,” she concludes.

Although the course was ineffective, Stacey hopes that “given the importance of reducing bias in policing,” future courses will chart a new path, proposing that “future
research should examine the content of such courses to determine if there is a
formula that works.”

The ineffective course remains a requirement for Criminal Justice majors at ECU. Campus Reform reached out to Stacey and ECU to inquire why the school is still making students take it, but did not receive a response in time for publication. 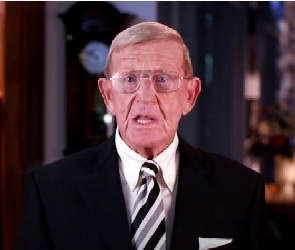