A California State University-Dominguez Hills lecturer recently used her political science course syllabus to assert that President Trump was elected by “appealing to hatred and bigotry,” even labeling him a “white supremacist.”

Dr. Brooke Mascagni included the language in her syllabus for an “American Political Instituions” course, which is worth three credit hours at the California institution.

“The majority of the class was either completely silent, or jaws were dropped."

“The President of the United States won the 2016 election by appealing to hatred and bigotry,” the syllabus declares, according to images obtained by Campus Reform, adding that “just about everyday, a new scandal breaks or evidence of corruption emerges.”

“Moreover, the Republican Party controls the executive and legislative branches of government, yet couldn’t manage to keep the government running on the one year anniversary of Trump’s inauguration,” it continues, blaming the recent government shutdown on Republicans.

“And, oh yeah, Russia interfered with the U.S. electoral process and our president is under investigation for obstruction of justice,” the syllabus adds.

In an additional section in the syllabus that discusses why the class is “important,” Mascagni blasts Trump as a “white supremacist,” “orange reality star,” and more. 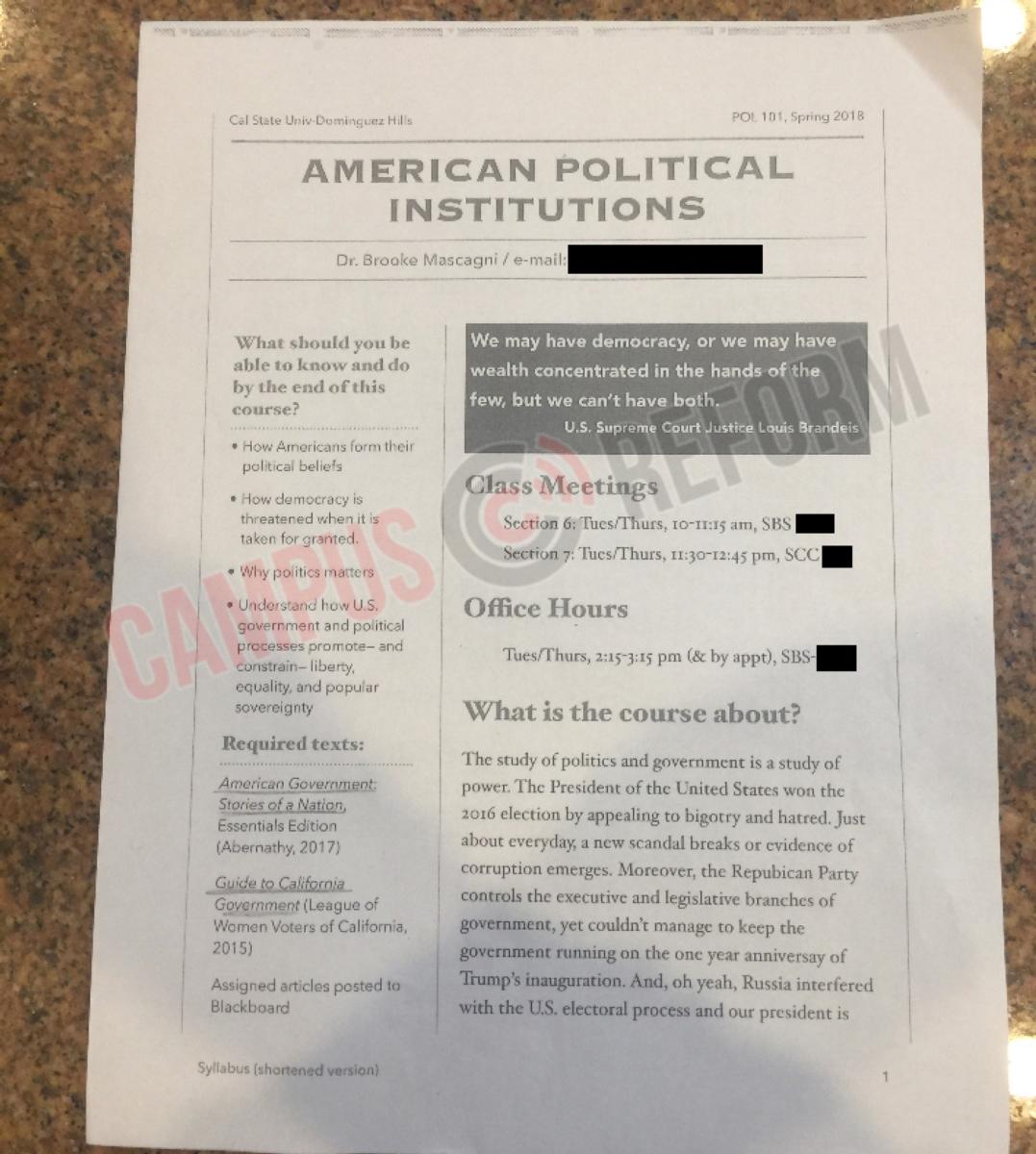 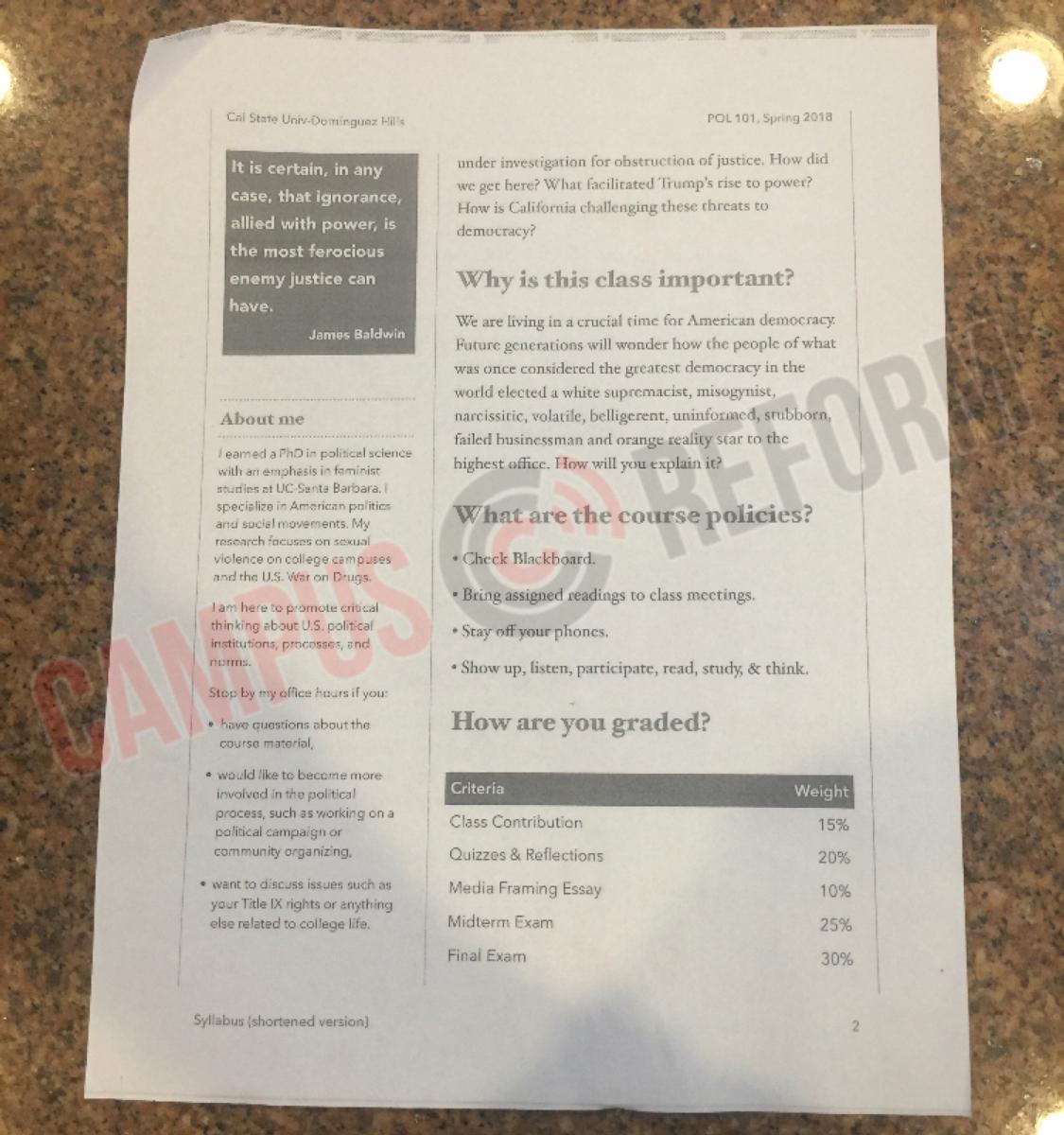 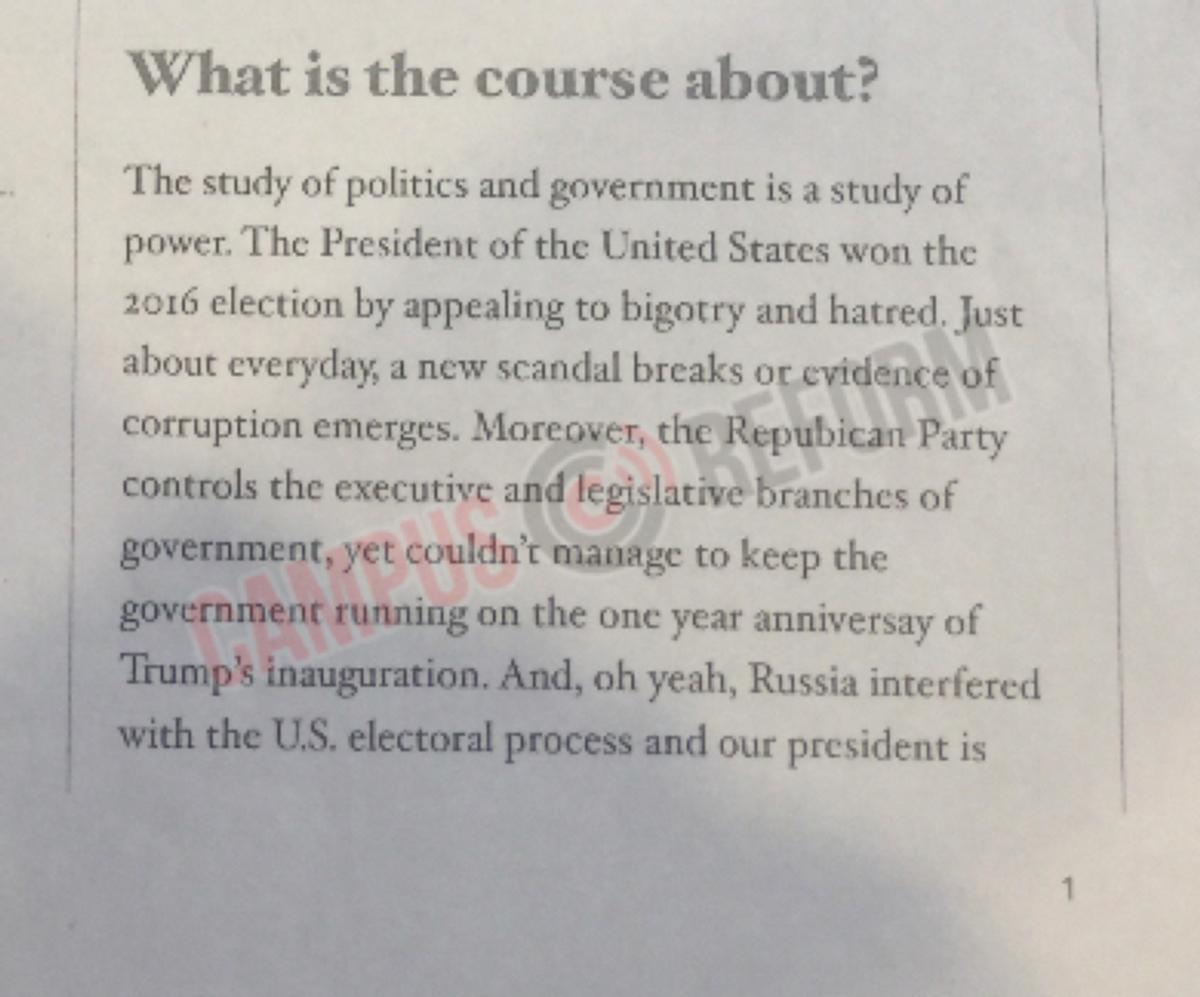 “Future generations will wonder how the people of what was once considered the greatest democracy in the world elected a white supremacist, misogynist, narcissistic, volatile, belligerent, uninformed, stubborn, failed businessman and orange reality star to the highest office,” Mascagni states in her syllabus, asking student to consider how they will “explain it.”

One student, who asked to remain anonymous, told Campus Reform that while they have had liberal professors in the past, they have seen “nothing to the extent of this.”

“I felt like I was in a movie because I could not get over how unbelievably blatant it was. The syllabus was just the iceberg,” they added. “The majority of the class was either completely silent, or jaws were dropped."

Campus Reform reached out to Mascagni and the university for comment on the matter, but did not receive a response.