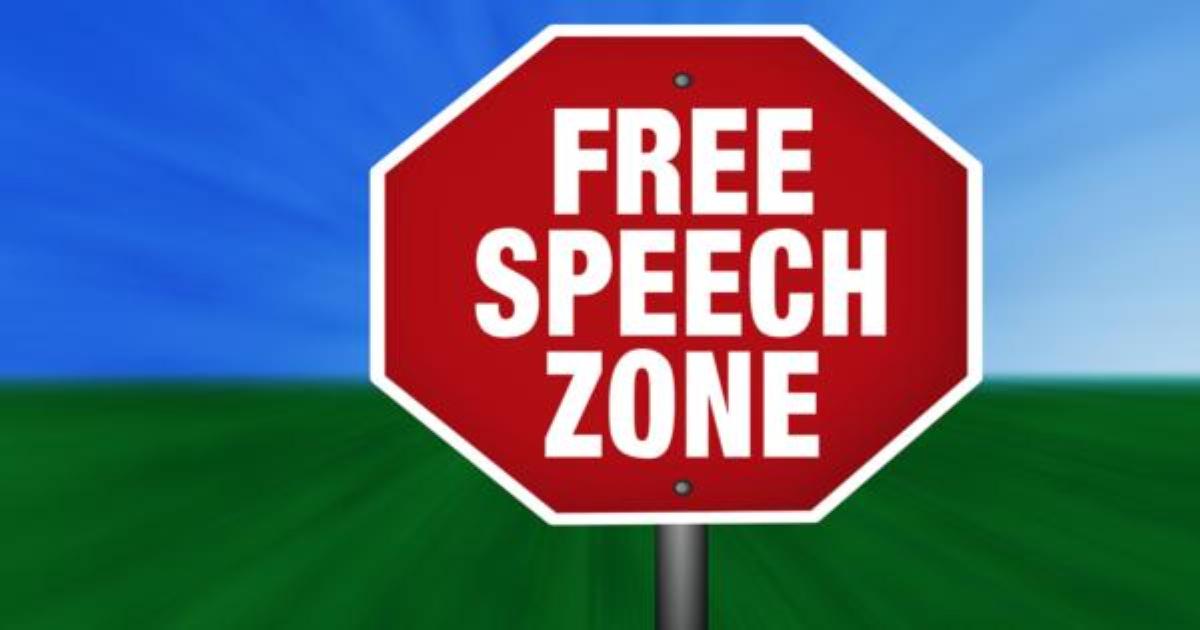 The Student Senate at Texas A&M University (TAMU) has passed a resolution supporting free speech zones that are designed to “allow protests” on campus.

“The Opposition of the PROSPER Act’s Proposal To Remove Free Speech Zones Resolution,” passed the TAMU Student Senate with no dissenting votes and no amendments. The bill was written to show opposition to the U.S. House of Representatives’ proposal to ban free speech zones in public institutions of higher education.

"The removal of free speech zones at Texas A&M will allow protests and/or freedom of expression to be publicized in all areas of campus."

Free speech zones are often criticized as a misnomer by First Amendment advocates, who argue that confining expressive activity to specific areas of campus is an unconstitutional infringement of free speech rights.

The resolution argues that TAMU already has traditional public forums that can be used for protests or other forms of free speech, and claims that if the PROSPER act is passed through the Senate, it would allow protests on all outdoor areas of campus other than classrooms.

“The removal of free speech zones at Texas A&M will allow protests and/or freedom of expression to be publicized in all areas of campus,” the resolution states.

Joe Cohn, legislative & policy director for the Foundation for Individual Rights in Education (FIRE), told Campus Reform that he disagrees with the resolution’s take on the congressional legislation, arguing that the PROSPER Act would not prevent universities from maintaining classroom rules.

“I don’t think anyone would agree with their interpretation that the PROSPER act would prohibit schools from having classroom rules, they’re not usually considered traditional public forums,” he said. “The PROSPER act would do nothing to change that, so I think that they’re wrong on that count.”

At the same time, Cohn said that one aspect of the student government resolution has proper intentions, saying, “I don’t think that they’re wrong that it is ideal for the final legislation to really specify these things to make sure that all the lines are exactly right.”

While Cohn did not go as far as to suggest that the authors of the resolution misled the Student Senate, he noted that “they are wrong about the main argument they are making that getting rid of free speech zones would somehow disrupt the college environment.”

The resolution, however, does specifically underscore that it was not written in opposition to free speech, but rather “in opposition of the removal of free speech zones.”

According to The Battalion, one senator, Joshua Sweet, referenced the Vietnam war demonstrations in an attempt to illustrate why free speech zones should stay.

“These free speech zones originated from Vietnam era protests [on] some campuses and they did it for protection of the protesters as well, just so that it's just a controlled down area that they can do it in,” Sweet explained. “That’s why I supported it in a sense. There’s still free speech, but at the same time we’re not disrupting the educational environment.”

Another student further argued that banning free speech zones would create possible disruptions around campus which would have an adverse effect on the learning environment.

“We’re all here to learn and that should be the one thing that is protected most—it’s our education environment and our learning environment,” Katrina Economides, the resolution’s co-sponsor, told the publication. “And if banning the ‘free speech zones,’ it could set a dangerous precedent and kind of open the flood gates to chaos that universities may not have the resources and tools to regulate on to their own.”

After the resolution passed the TAMU Student Senate, Olivia Krog, an off-campus caucus leader, told Campus Reform that after further research, she believes the resolution does not reflect her stance on free speech.

“Under the circumstances, I think my beliefs regarding free speech (and particularly regarding the specific codes and decisions made at A&M by my superiors) are not best reflected by the stance we took in the TAMU Student Senate on this particular piece of legislation,” she said. “The messages are not aligning correctly between what I believe, the words that we voted on, and how audiences would interpret it.”

Campus Reform reached out to all of the sponsors of the resolution, but did not receive a response in time for publication.