Nikita Vladimirov Correspondents Editor @nikvofficial on May 11, 2018 at 3:12 PM EDT 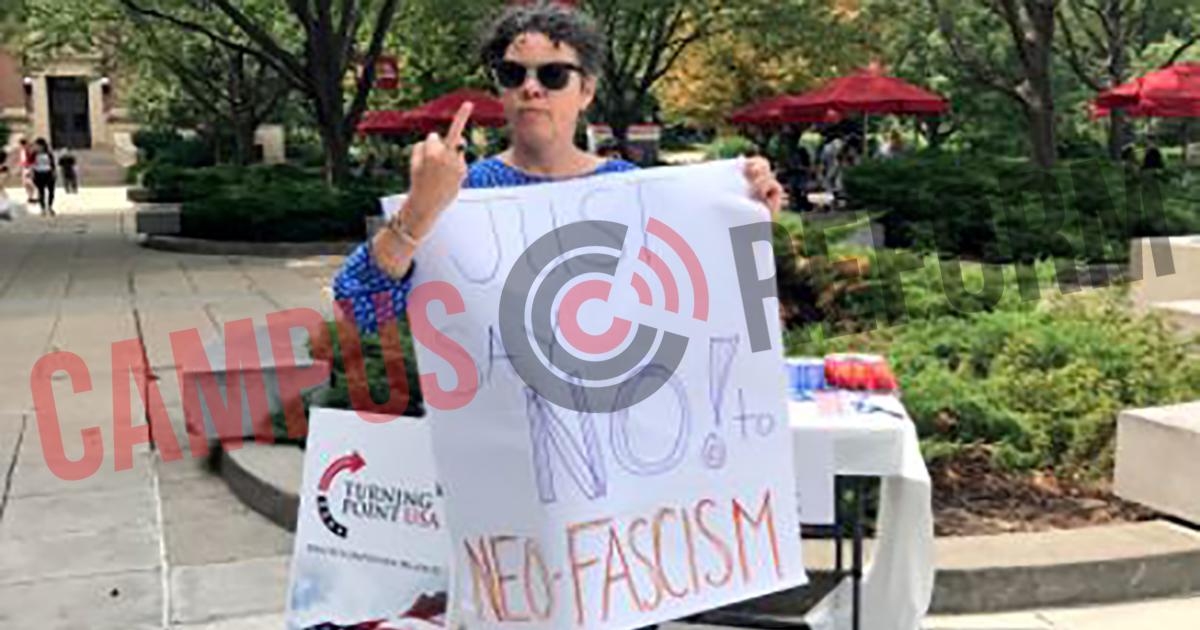 The American Association of University Professors (AAUP) has concluded that political pressure is the only explanation for the dismissal of a professor who harassed a conservative student.

“An investigative report is out today in a case that crystallizes the current right-wing assault on higher education,” the AAUP announced on its website. “It involves issues that the AAUP has been working on intensively this year: faculty harassment and exaggerated controversies over free speech on campus.”

"We find it impossible not to see the heavy hand of political pressure in the decision taken by the administration to remove Ms. Lawton from the classroom."

The report focuses on Courtney Lawton, a teaching assistant at the University of Nebraska–Lincoln (UNL) who joined several other faculty members in protesting the president of UNL’s Turning Point USA chapter (TPUSA), Katie Mullen, while she tried to recruit new members on campus.

According to the AAUP, Lawton insists that she “never addressed [her] shouting” directly at Mullen, though the report also notes that another professor who was participating in the protest, Amanda Gailey, suggested that Lawton “tone down” her behavior after noticing that Mullen had begun to cry.

[RELATED: Profs bully TPUSA prez while she recruits on campus]

Following that altercation, state lawmakers demanded that UNL explain its apparent hostility toward conservative students, and one state senator even said that Gailey should be “fired immediately” for her role in the demonstration.

The university vehemently denied any institutional hostility toward conservatives, but subsequently informed Lawton that her employment would be terminated at the end of the spring semester, though it did not announce any sanctions against her less-exuberant colleagues.

In a letter to elected officials, University of Nebraska President Hank Bounds said that the teaching assistant (Lawton) who had “mistreated” a student would no longer be teaching at UNL, but the AAUP report insists that Lawton’s dismissal was really a capitulation to political pressure.

“While Lawton was under vicious attack for her protest speech, state legislators launched a campaign of political pressure on the university, suggesting that Lawton’s conduct toward the student staffing the recruitment table was representative of a campus climate hostile to conservative views and calling for her dismissal,” the AAUP argues.

The organization also slammed the the Nebraska Republican Party for filing “open-records requests for email correspondence related to the case,” and portrayed the free-speech legislation that was introduced to protect students on campus as “a clear example of legislative overreach.”

[RELATED: Lawmakers demand to know why UNL is hostile to conservatives]

The report also condemns UNL for the way that it handled Lawton’s dismissal, alleging that it violated principles of academic freedom by suspending her from teaching for the balance of her contract, rather than going through the process of a formal hearing.

“The conclusion seems inescapable that the basis for Ms. Lawton’s dismissal was related to the political content of her speech and thus may have violated her academic freedom, a conclusion that stands unrebutted absent the affordance of a dismissal hearing,” the AAUP states.

Notably, however, the report acknowledges early on that within days of the confrontation, Bounds posted a statement to Twitter asserting that the behavior of a “UNL faculty member” was “unprofessional” and “not in keeping with the standards of conduct.”

In its press release announcing the findings of the report, the AAUP argues that “campaigns of targeted harassment against individual faculty members and legislative attempts to impose misguided rules on institutions of higher education are on the rise” in America.

“The AAUP believes that democracy thrives on dissent, critical inquiry, free speech, and free research,” the report concludes. “That’s why we investigated the case at the University of Nebraska and why we’ve developed resources for you to use in fighting harassment of faculty and misleading ‘free-speech’ legislation on your own campus.”

According to The Omaha World-Herald, the matter could come up again during the AAUP’s annual meeting in June should a committee recommend adding UNL to the list of 56 colleges and universities that have been “censured” by the organization.

The AAUP’s website explains that when an investigating committee submits a report, such as the one addressing the situation at UNL, the “Committee A on Academic Freedom and Tenure” reviews the report, suggest revisions, and decides whether to ask the full organization to vote on censure.

Censure by the AAUP does not carry any actual ramifications, serving merely to inform AAUP members of “unsatisfactory conditions” so that they can decide whether they wish to “refrain from accepting appointment to an institution so long as it remains on the censure list.”