Conservative prof claims he was fired over political beliefs

Nikita Vladimirov Correspondents Editor @nikvofficial on May 30, 2018 at 1:47 PM EDT 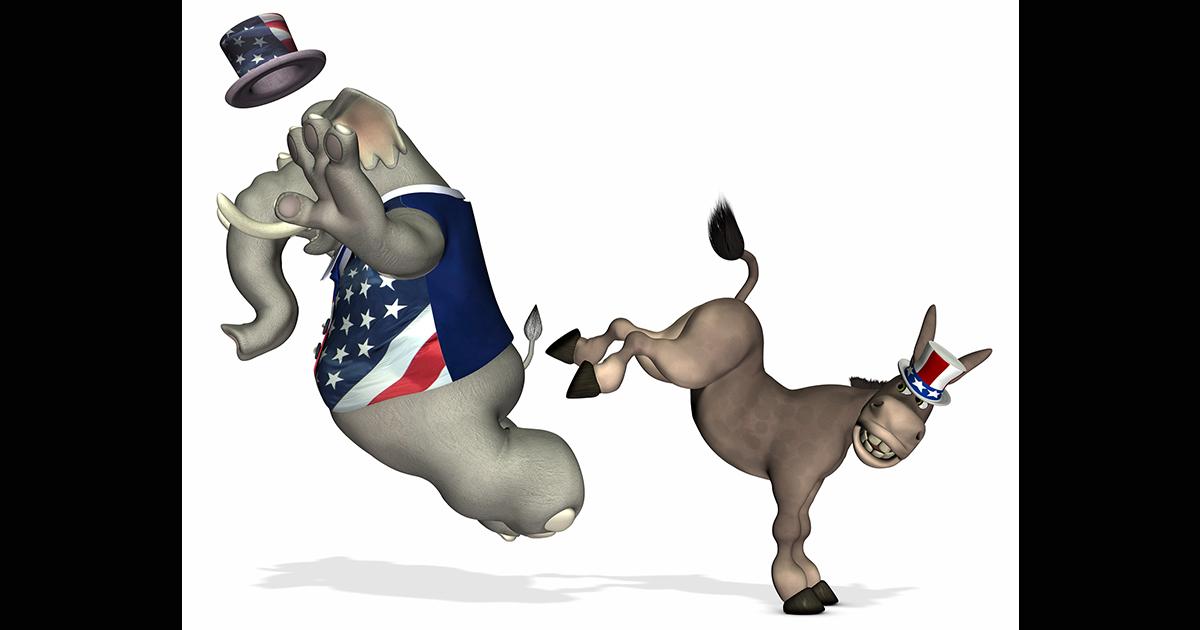 A conservative professor who was recently fired by New Mexico State University is suing the school for allegedly discriminating against him based on his political and religious identity.

According to a press release obtained by Campus Reform, Gavin Clarkson, a former Trump administration official and a professor of business law, filed a lawsuit against the university on May 18 alleging “wrongful termination, breach of contract, denial of due process, defamation, creation of a hostile work environment, and racial and religious discrimination.”

"I actually had a very liberal radical [colleague] attempt to have me fired from the university for going to Trump’s inauguration."

The press release further contends that the university administrators targeted the scholar “because he is a conservative pro-life Christian and also an enrolled tribal member running as a Republican for Congress.”

[RELATED: Conservative prof fights back against accusations of 'white supremacy']

“Among other things, Clarkson’s suit seeks a temporary restraining order enjoining NMSU from processing his termination until all internal appeal processes have been exhausted,” the press release states, asserting that “NMSU did not wait for administrative appeals to conclude before abruptly terminating Dr. Clarkson’s employment in direct violation of their own regulations and procedures.”

The lawsuit is the latest development in a lengthy standoff between Clarkson and the university administration that was sparked by the school’s abrupt termination of the professor’s leave following his resignation from the Department of the Interior’s Bureau of Indian Affairs.

While the NMSU provost argued in a letter to Clarkson that the leave was specific to his position in the Trump administration, the professor refused to return to campus, citing a portion of the school’s policy stating that “all conditions of professional leave without pay...must be in writing prior to the leave period.”

“Given that I have a written leave until 2020 I figured … I will just stay on leave and go run for Congress,” Clarkson told Campus Reform in February. “Well, the partisan Democrats in the administration could not tolerate a conservative Christian American-Indian Republican running for Congress who happened to be identified as an NMSU professor.”

“I announced on January 8th. On January 12th…I get a letter from a provost saying he is unilaterally cancelling my leave,” Clarkson revealed, claiming that both the provost and the general counsel at NMSU are registered Democrats.

“The rule of law applies to Democrats, too; they just don’t like it,” he remarked, later adding that the administrators were trying to “schedule me for classes that were going to make it absolutely impossible for me to run an effective campaign.”

The press release obtained by Campus Reform notes that “NMSU’s Provost and General Counsel, both partisan Democrats, initiated the process of cancelling Dr. Clarkson’s leave and attempting to terminate his position four days after Clarkson announced his candidacy for Congress.”

In April, and despite the ongoing appeal process, Clarkson was terminated from his position and given an opportunity to be reinstated, but only if he remains in his office on campus even when he does not have scheduled classes.

“This 'office arrest' offer was clearly meant to stop me from continuing my congressional campaign,” Clarkson argued. “No other faculty member at NMSU has ever been ‘confined to the reservation’ in this manner.”

In addition to alleged wrongful termination, Clarkson is also claiming that some university officials have targeted him for his political beliefs.

Prior to filing his lawsuit, the professor claimed that he did not have any major issues with NMSU until some of his colleagues and university administrators found out that he attended President Trump’s inauguration.

Clarkson further argued that the revelation of his political beliefs triggered a hostile response from some of his liberal colleagues, one of whom allegedly attempted to get him fired by accusing Clarkson of plagiarizing his own work.

“I actually had a very liberal radical [colleague] attempt to have me fired from the university for going to Trump’s inauguration,” he claimed. “But, obviously you can't just fire somebody for going to the inauguration so what she did is she spread a false allegation of plagiarism.”

“The thing is,” he noted, “I am the nation’s leading scholar of tribal finance, so the person they accused me of plagiarism is me.”

According to the list of factual claims obtained by Campus Reform, the lawsuit contends that “such accusations are often made by leftists against conservative academics.”

“Since Dr. Clarkson is the nation’s leading scholar in tribal finance, however, they were unable to document any cases of actual plagiarism and instead compiled a dossier alleging ‘self-plagiarism,’” the document noted. “The fake dossier contained passages that Dr. Clarkson periodically re-uses, with proper attribution, from earlier articles. The dossier omitted these attributions in an attempt to persuade the P&T committee not to renew Dr. Clarkson’s contract.”

Additionally, the lawsuit alleges that university officials “refused to turn over relevant documents for the hearing process, made demonstrably false statements under oath, and barred prior access to witnesses during the first administrative hearing that resulted in a ruling against Clarkson.”

In a statement to Campus Reform, a New Mexico State University official said that the school  does not comment on pending litigation.