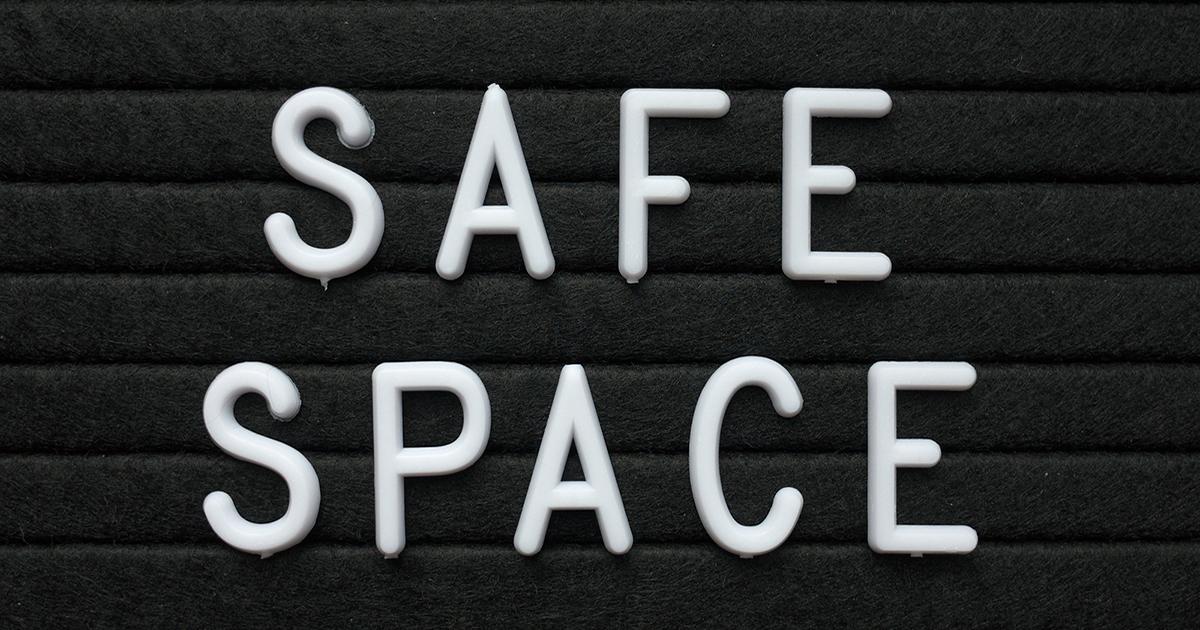 "By sealing off large parts of the campus to guard against certain ideas and viewpoints we're going to make that problem worse."

“I think part of what's going on is, the safe spaces debate has become conflated with the debate over controversial speakers on campus, usually conservative speakers, triggering protests,” Bhagwat said during the debate. “Those are separate questions.”

“I do not think—sometimes people have said that the entire campus should be a safe space, and therefore it's the same issue,” the professor continued. “That goes too far.  And they're driven by completely different concerns.”

According to Bhagwat, the debate over campus speakers revolves around “anger over ideas that students believe—sometimes legitimately, sometimes not—to be out of bounds.”

“I think we really need to separate those two questions, because the controversial speaker stuff is complicated,” he added.

“I have started a program at Wesleyan University to bring more conservative thinkers to campus, more conservative professors,” he continued. “Army generals or colonels who are retiring from the armed forces to teach courses in international relations and political science, because I think our conservative students need to feel they too can express their views.”

Roth and Bhagwat’s opponents in the debate, however, remained critical of the concept of “safe spaces,” and warned that insulating students from controversial speech could lead to dangerous outcomes.

“Our society is deeply polarized,” said PEN America CEO Suzanne Nossel. “By sealing off large parts of the campus to guard against certain ideas and viewpoints we're going to make that problem worse.”

Quoting from the Oxford Dictionary, Nossel also noted that the definition of “safe spaces” involves protecting individuals from “emotional” as well as “physical” harm, saying that the crux of the debate is really about how broadly universities should protect against emotional harm.

Acknowledging that freedom of association gives individual groups the right to hold events at which “freedom from emotional harm might be virtually assured,” she said the calculus is different when it comes to “places where students have no choice but to be,” especially when people argue that “administrators or institutions should be charged with policing or governing what speech is permissible and what is out of bounds.”

While she made clear that there is “no room for argument” when it comes to outright harassment or discrimination, Nossel pointed out that “it’s those other elements of the definition—exposure to criticism or any other emotional harm—those distinguish enforcement of a safe space from simply upholding legal protections.”

Despite their moderate position on campus speakers, however, Bhagwat and Roth both defended the idea of “safe spaces” on college campuses, arguing that the notion is not new or unusual.

During his opening statement, Bhagwat maintained that safe spaces should serve much like households, and make college students feel accepted on campuses.

“Most obviously, all of us are going to go home, in my case tomorrow,” he said. “I'm going to hang out with friends and family. That's a safe space. I expect it to be a safe space. Everyone, my opponents in this debate, feel the same way about their homes.

“Now think about students at a residential campus,” he continued. “Sure, part of the reason they're there is to learn, to debate, to be exposed to new ideas, to learn how to refute ideas they disagree with, but that campus is their home and indeed it is their home in a more full way than even my home.”

Similarly, Roth argued that safe spaces have more to do with “building community where people who have been marginalized over time can find places where they can find comfort in one another's company, find inspiration in their varied experiences, but not to define the college experience as a whole as being one where you are cut off from antagonistic ideas.”

“Safe spaces were vitally important for gay rights,” Roth asserted. “They were vitally important for feminism and I think they're coming up today on college campuses because college campuses have more students from under-represented groups who are trying to define their own places on theses campuses. They're not trying to censor other people, they are trying to find a way they can belong to historically white and middle-class institutions.”

Interestingly, Roth also asserted that students who decide to attend a university are “not signing up for a marketplace [of ideas],” but are rather seeking to be members of “a community.”

Throughout the debate, Hudson and Nossel repeatedly disputed the points made by their adversaries, arguing that their definition of safe spaces lacked specifics.

“You know, they're defining safe spaces in this incredibly broad—I would contend, overbroad—fashion,” Hudson said. “What we're talking about is safe spaces in which students are shielded from challenging, difficult, offensive speech.”