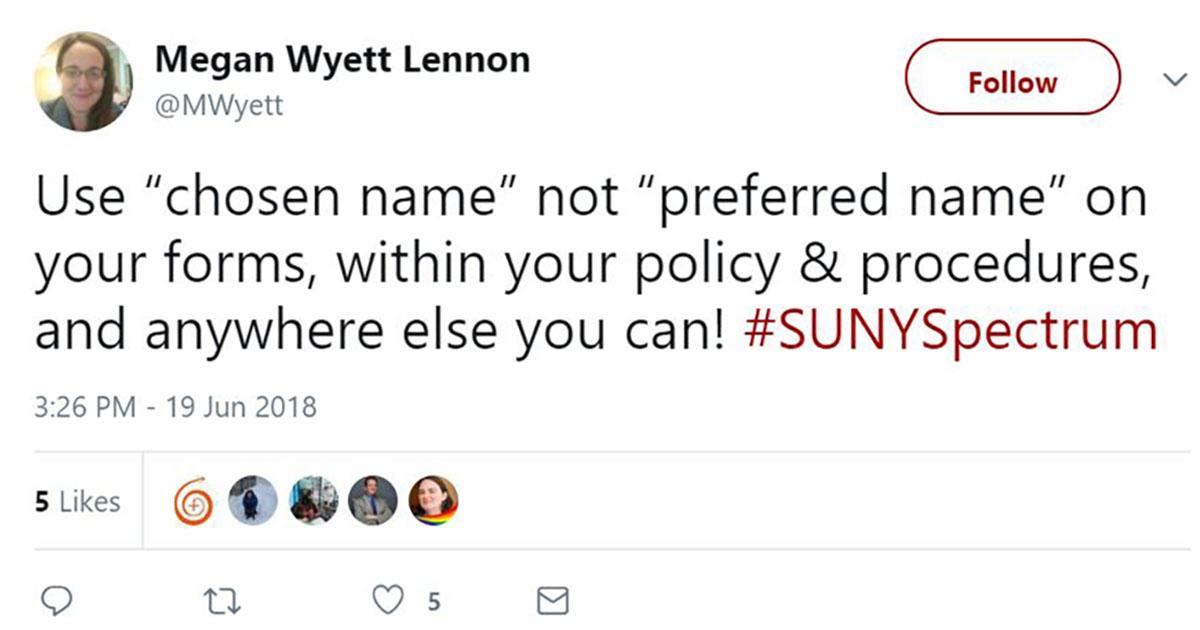 According to the content of slideshows, titles, and descriptions of conference sessions obtained by Campus Reform, the phrase "preventing violence" was intended to encompass a wide range of concepts, including the use of "supportive terminology" such as “homoflexible,” “gray romantic,” and “akoisexual.”

"LGBT POC cultural inclusion is a strategy for change that is lacking in many police departments and other criminal justice systems."

The pamphlet promoting the June 19 event touted dozens of discussion sessions, including a workshop on developing “practical skills” that service providers need to combat “violence and trauma in the trans community.”

“This fast-paced interactive workshop will encourage attendees to expand their existing framework associated with trans language, as well as theoretical concepts and approaches to working with transgender survivors,” the university explained on its website.

Similarly, the conference also featured a talk on creating “affirming spaces for transgender and gender-nonconforming students” in an effort to “give attendees direct takeaways for how to create inclusive spaces for students of all gender identities,” from “forms and paperwork to attitudes and language.”

“The presentation will also touch on how LGBTQ+ representation and inclusion in power-based violence prevention affects the ways students with marginalized identities are able to participate in prevention programming in the college setting," the organizers explain.

According to a tweet from an individual who appears to have attended the event, educators and administrators were also encouraged to use the phrase "chosen name" rather than "preferred name" on school forms in order to be more inclusive.

Another session, titled “Policing Change: LGBT Inclusion, Law Enforcement, and Legal Officials,” was critical of law enforcement, arguing that "LGBT POC cultural inclusion is a strategy for change that is lacking in many police departments and other criminal justice systems.”

The school promised that the session would teach “community engagement strategies for law enforcement and legal officials who work with LGBT people of color.”