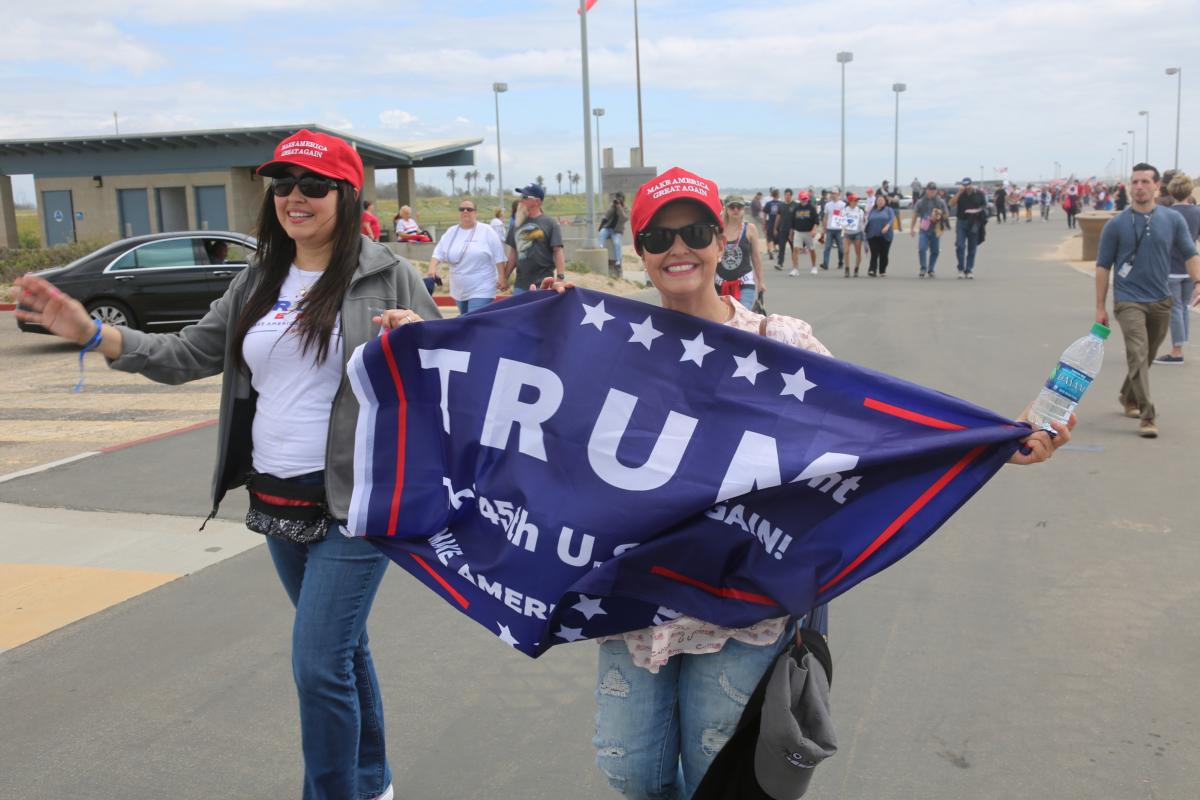 A University Of Buffalo psychology professor says that students who support President Trump or his “America First” policies are “more likely” to show prejudice toward international students.

According to a news release on the university's website, Professor Wendy Quinton conducted a study into the causes of such prejudice and determined that stereotypes are not the sole cause, saying that other factors, including support for Trump, also contribute to hostile attitudes from domestic students.

“Some of President Trump’s policies, such as promoting ‘America First,’ the travel ban, and his talk of building a wall are in line with unwelcoming attitudes toward immigrants—but this is the first evidence I’ve seen linking support for Trump with attitudes toward international students,” Quinton said, according to the news release.

“This finding tells us that if you statistically account for stereotypes, those domestic students who were higher in Trump support still had significantly higher prejudice,” she continued. “Liking Trump goes beyond stereotypes in predicting prejudice against international students.”

In the study, Quinton measures several factors that may influence a student’s perception of their peers as well as the university. However, the study labeled “Conservatism and Support of President Trump” as two major factors that negatively impact not only their perception, but the environment of a campus.

“Conservative beliefs have been found to be positively associated with prejudice against many groups, including immigrants.” Quinton Writes in the study.

In a section titled “Political Ideology” being a major aspect of bias against International Students, it singles out Conservatives and President Trump, pointing to his rhetoric as well as his “America First” agenda that was labeled as anti-immigrant and portrayed as a hostile impact towards these students in the study.

“For many, support for Trump may indicate an unfavorable view of those in the United States who are not citizens, a group that includes both immigrants and international students.” Quinton writes.

Quinton’s study further documents the stereotyping, conservatism, and Trump support of students, as well as their GPA and SAT scores. However, charts and statements in the writings paint a negative picture of conservatives campus, suggesting that those with low GPA or SAT scores, as well as high support for the president, are more racist than those with higher GPA.

“As expected in H1,” Quinton writes, “students with higher standardized test scores were less prejudiced against international students, indicating that those who face greater academic challenges may be particularly likely to view internationals as a threat, feel competitive toward them, and experience envious prejudice, wherein they feel that they are falling behind a group of students they see as more successful.”

Quinton also alleges that Conservatives who endorse Trump not only indicates prejudice, but approval of sanctions, which the study calls “discrimination”, taken against certain races as well. The study did not measure the students’ view of policies, only their views of Trump and Conservatism.

In addition, no foreign-born students were surveyed in the study. Only 389 introductory psychology students at the University of Buffalo were surveyed. The students, who partook in the survey Between February and March in 2017, were all natural-born citizens of the US, while 72 percent were Caucasian, and only 28 were of minority status.

The study recommended that “university identity,” or strengthening diversity-targeted programs and encouraging more “diversity,” would be a better and more permanent fix than encouraging direct and healthy dialogue between students.
“Second, fostering a strong sense of University Identity may reduce prejudice against international students for all domestic students, not just those who are more likely to hold negative attitudes.” Quinton wrote.

Campus Reform reached out to The UB Young Americans for Liberty chapter on campus. The conservative organization expressed disgust and disdain for the study.

“We at the organization acknowledge that many different reasons exist for why a person would vote for any particular candidate running for public office.  While our membership is mixed on support for or against the forty-fifth President of the United States,  we do not, in the slightest capacity, believe that the average American holds political and or social views purely out of malice for any class of individuals to that he does not personally ascribe," Ross added.

The study was released in the August edition of the Journal of Diversity in Higher Education, an academic journal that focuses on studies about college diversity.

The study also comes at a time where the Trump administration is supposedly “targeting war” on immigrants, according to The New Yorker, by slashing numbers and to strengthen current immigration rules.

Professor Quinton provided Campus Reform with the complete study, but did not wish to elaborate further on the results of the research.