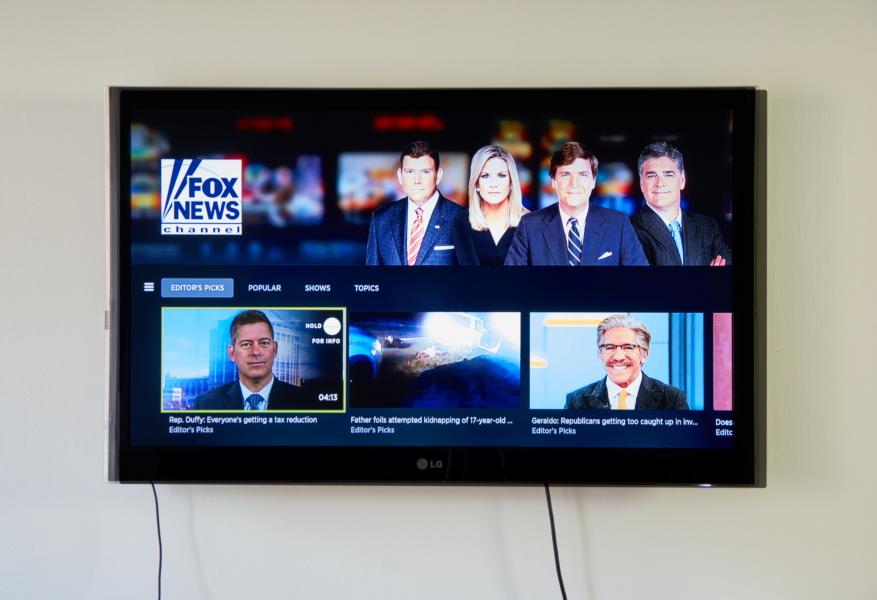 A North Carolina State University professor has apologized for distributing a handout during class that encouraged students to block Fox News from family members’ televisions.

The document given to students by sociology professor Michaela DeSoucey informed them that “every time Trump says ‘fake news’ he means ‘free press,’” and listed various suggestions for students, including preventing others from accessing Fox News on their home televisions.

“When they're not looking, set the parental controls on the TVs of your family members to block Fox News. Fox News spreads bigotry and hatred."

“When they're not looking, set the parental controls on the TVs of your family members to block Fox News. Fox News spreads bigotry and hatred,” DeSoucey stated. “For example, the same day as the Pittsburgh synagogue massacre, Fox News aired a guest/host blatantly using anti-Semitic dog whistles (subtly aimed political messages intended for a particular group, in this case neo-Nazis and white supremacists).”

DeSoucey also instructed students to read what she considers “real news.” Her examples included NPR, The Washington Post, The Guardian, and The Atlantic. The same handout included a list of “smart and reputable” Twitter users to follow and retweet, including MSNBC personalities Rachel Maddow and Joy Reid.

DeSoucey has since apologized for the handout, according to a written statement by the dean of the College of Humanities and Social Sciences Dr. Jeffery Braden.

"Dr. DeSourcey reflected on her actions and realized she had crossed the line between educating and advocating," Braden said in the statement, obtained by WRAL.com. "She has apologized, and we have accepted her apology. We consider this matter closed.”

“A lot of this is appalling,” Dan Gainor, vice president of media and culture at Media Research Center executive Dan, a conservative media watchdog based outside of Washington, D.C., told Campus Reform. “But, on the bright side, it urges students to call out hate. How many of them will have the courage to turn it back on this obviously hateful professor and explain that's exactly what this document is?”

“This is from a state-funded school,” Gainor added. “Naturally, the document also recommends government-funded media and a parade of left-wing/Never Trumpers. That isn't education. It's indoctrination.”

"It's just not comfortable and it's not encouraging for younger kids, especially students that should be learning about all different perspectives,” NC State junior Steward Haynes told WRAL.com.

However, some students did not find the incident too alarming.

“No, it shouldn't have necessarily been said, but there is a problem and it does have a major effect on our students [and] how things on Fox News are impacting us," senior Blaike Bibbs said.