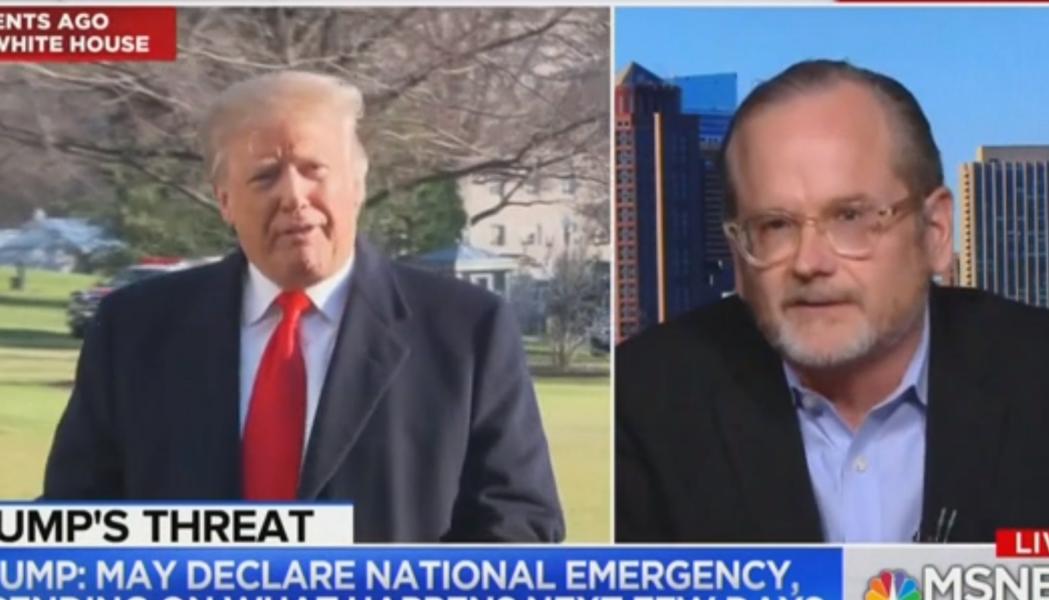 Lessig's comments came on the heels of Trump saying that he "may declare a national emergency" if Congress does not act to appropriate enough money for his proposed wall along the U.S.-Mexico border. Some congressional Democrats raised legality questions after Trump made the comment. Lessig was not pleased by the statement, either.

"Unfortunately, the reality is the statutes of the United States give the president an extraordinary amount of power, which we presumed would be exercised by a president with extraordinary judgment," Lessig said. "And that is not the case right now so, constitutionally, he wouldn’t have the power to do what he claims he wants to do, but the question is, under these statutes whether he could create enough uncertainty to be able to dislodge the presumption, the very strong presumption, that building a wall on the border requires an act by Congress, which he’s just not going to get."

"So what type of powers would he have if he were to declare a state of emergency?" the MSNBC anchor then asked.

"I think ultimately he has no constitutional authority to exercise the power to build this wall without Congress’ approval, and these statutes were certainly not written with the intent to give a man like Donald Trump the power that he’s now claiming but it’s not an efficient process to check him and that’s the uncertainty I think Congress now has to face," he said.

Editor's note: Campus Reform encourages civil discourse and acknowledges professors' First Amendment right to free speech. The purpose of this article, like any other, is to present the facts and allow our readers to form their own opinions.