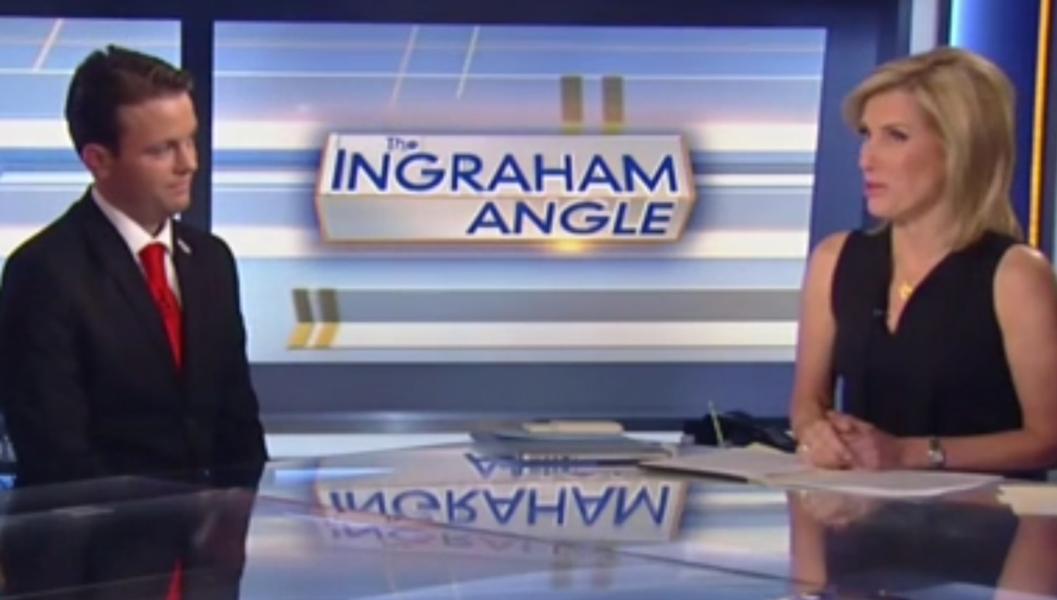 Leadership Institute Field Representative Hayden Williams, who was punched in the face on the campus of the University of California-Berkeley on Feb. 19, responded Friday to the arrest of his alleged attacker, 28-year-old Zachary Greenberg. Police arrested Greenberg Friday afternoon on suspicion of felony assault. Greenberg's arraignment is scheduled for Monday at 9 a.m. local time.

The Leadership Institute is the parent organization of Campus Reform.

"This is only serving to embolden me and reinforce the idea that the Leadership Institute and Campus Reform, that their mission is as important as ever."

Williams appeared on Fox News' The Ingraham Angle with host Laura Ingraham on Friday to respond to the arrest and specifically, what he thought about the arrest taking place more than one week after the incident.

[RELATED: THEY GOT HIM]

"Well, I think due process was being followed, which I appreciate that as a constitutional conservative myself. I’m grateful that the police did their job and found this guy, but I remain disappointed with UC-Berkeley and the fact that they allowed such a culture of intolerance and violence towards conservative viewpoints to grow and thrive," Williams said.

UC-Berkeley spokesman Dan Mogulof pushed back on that claims in an earlier statement to Campus Reform, saying, "maybe someone should ask those pointing accusing fingers how they believe a University—not to mention every town, city, county, and state in this country—would be able to prevent a lone idiot, who is neither employee or student, from doing idiotic things on a campus spanning 1200 acres and a population of $50,000 people. We don't see a way to do that, but that doesn’t mean our cops and the administration don't wake every morning trying their best to deter criminal behavior."

"Part of that comes from imposing appropriate consequences and we will do everything in our power to make sure that happens," he added.

Ingraham asked Williams on Friday whether this experience will deter him from engaging in conservative politics going forward.

"This is only serving to embolden me and reinforce the idea that the Leadership Institute and Campus Reform, that their mission is as important as ever," Williams said.

Williams' newly-obtained attorney, Harmeet Dhillon, joined Williams on The Ingraham Angle Friday to discuss next steps, specifically whether she and her client plan to file a civil suit.

"We don’t want to get in the way of the criminal process. I think that’s really number one. Number two, he [Greenberg] appears to be somebody who has a history at UC-Berkeley, somebody who has worked for the campus for a period of months and also audited classes there," Dhillon said.