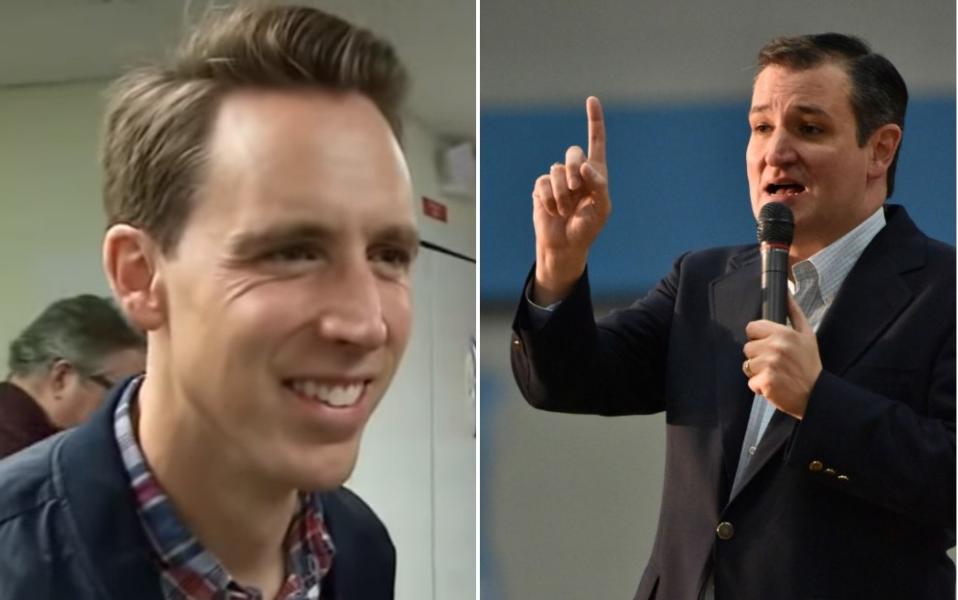 Sen. Josh Hawley (R-Mo.) blasted Yale Law School, his alma mater, over what he calls an "attempt to discriminate against students of faith."

Yale Law recently came under scrutiny after Sen. Ted Cruz (R-Texas) sent a letter to the school threatening investigation or even possible litigation if it did not reverse a policy that would eliminate funding for students who want to complete religious-themed Summer Public Interest Fellowships.

"They cannot take advantage of the same terms that every other Yale student gets and it's because Yale's discriminating against religious organizations..."

According to the Daily Wire, Yale Law School Dean Heather Gerken stated in a letter to leftist students that the school's "nondiscrimination policy will extend to the Summer Public Interest Fellowship (SPIF), Career Options Assistance Program (COAP), and our post-graduate public interest fellowships." Those students had pressured the university to do so after a conservative group of law students hosted a conservative lawyer for an event on the landmark Supreme Court case, Masterpiece Cakeshop v. Colorado Civil Rights Commission.

Yale Law School's statement did not sit well with Hawley, who sent a letter to Attorney General William Barr on Tuesday, writing, in part, that Yale's policy "fails to include an exception for religious organizations even though federal law recognizes that religious organization often cannot fulfill their unique missions without considering religion while hiring."

"They cannot take advantage of the same terms that every other Yale student gets and it's because Yale's discriminating against religious organizations," Hawley said of his alma mater's policy on Fox & Friends Wednesday. "They don't like religious organizations that want their members to follow their same religious beliefs. It's just religious intolerance. It's wrong, and by the way, it's not permitted under federal law."

However, Yale also noted that "if an employer refuses to hire students because they are Christian, black, veterans, or gay, we will not fund that position."

Hawley made a similar statement Tuesday on the Senate floor, saying, "if Yale Law School and Yale University want to pursue a policy of discrimination toward religious believers, they may certainly do so. But they may not do it with federal taxpayer money."

Hawley's scrutiny of Yale as it relates to the school's federal funding comes just weeks after President Donald Trump, who campaigned for Hawley in 2018, signed an executive order intended to pull federal research funding from colleges and universities that do not support the First Amendment.