College students turn to THERAPY DONKEYS to help them de-stress 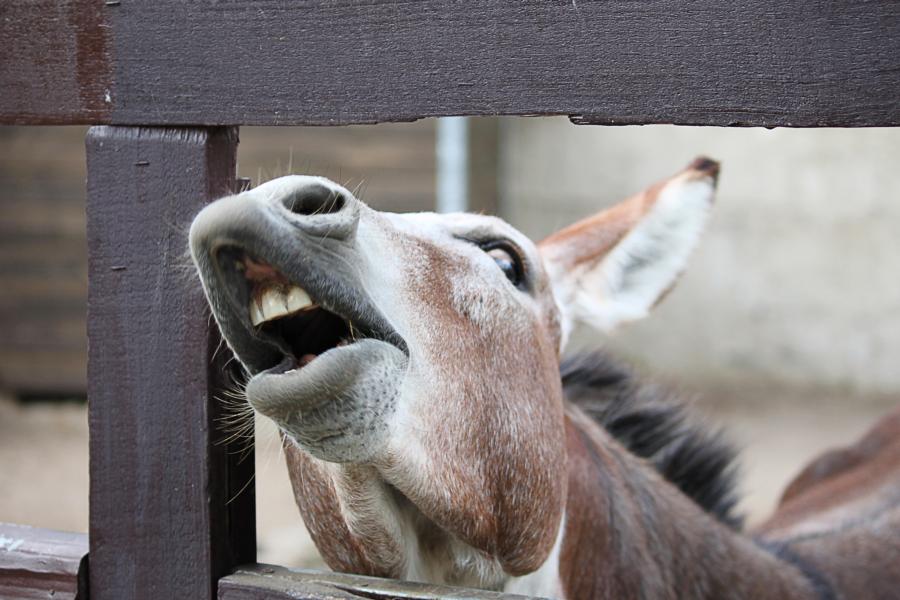 The State University of New York-Plattsburgh offered students the chance to de-stress with therapy donkeys, just ahead of finals.

"Today until 3 there will be a Wellness Fair at Macomb Hall! Behind the building you can find therapy donkeys," the school's admissions office said in a May 1 tweet, which was accompanied by photos of students petting and interacting with the animals.

Today until 3 there will be a Wellness Fair at Macomb Hall! Behind the building you can find therapy donkeys ?? #PlattsLife pic.twitter.com/XV89n6w0P7

"Destress with donkeys day! We had donkeys on campus today to help have some fun right before finals!" another tweet from the event read.

"Destress with donkeys day! We had donkeys on campus today to help have some fun right before finals! #plattslife pic.twitter.com/v0nCBShbc0

According to WCAX-TV, the New York nonprofit organization Thera Pets provided the donkeys.

"These animals work miracles," said Ken Besaw, a representative of the group. "They do truly miracle work because they can make you feel better if you feel bad."

It's not the first time a college has brought in furry animals to help students de-stress ahead of or during finals.

[RELATED: Colleges use ‘therapy llamas’ to console students during finals]

In 2018, a host of colleges offered various ways for students to de-stress during finals. The University of Massachusetts, Lowell, for example, offered free massage chairs, as Campus Reform previously reported.