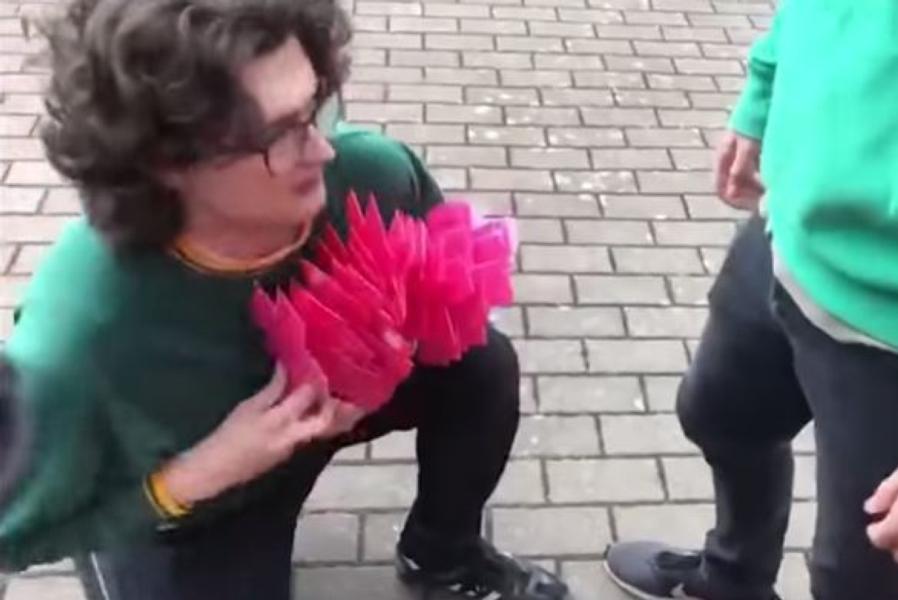 A vandal ripped out crosses representing children lost to abortion on a Washington State campus in a video released Wednesday.

Students for Life of America had erected the display at Whatcom Community College as part of the group’s Planned Parenthood Truth tour, according to a press release obtained by Campus Reform.

A vandal began removing the crosses individually on May 21, gathering them in his arms.

“I do not think it is worth it to talk to you guys,” the vandal said when confronted.

“So it’s better to violently act out, rather than to talk about something?” another person present asked him.

“Yeah because pro-life arguments have about as much merit as like flat-Earth arguments,” the vandal responded.

After the vandal walks off with the display pieces, he is approached by a campus authority.

A short interaction takes place, after which the student walks back over to the display, drops the crosses on the ground, and walks off.

“Even though this type of bullying is getting pretty common, it still takes me off guard that some people have the audacity to steal our stuff right in front of us…For all their talk of ‘open-mindedness’… they really need to practice what they preach,” Students for Life Washington Regional Coordinator Katie Lodjic said.

Students for Life spokesman Matt Lamb told Campus Reform that the group has tracked every documented case of anti-pro-life violence or vandalism on college campuses within the past eight years.

“We have counted above 120 so far, and these are just the ones we know about and have documentation of,” Lamb said.

“I think a lot of this comes from professors, academia on campus who push this idea of there’s certain viewpoints that are not okay to discuss.  We have seen multiple incidents where professors have said things in the classroom telling students that pro-life ideas are not even worth discussing,” Lamb said. “A lot of this comes from the liberal ideology we see on campus, where people are not just against the pro-life ideology, but are against the people who have a pro life view."

“They have the idea that, because I’m pro-choice, anything I do that shuts that down...is morally justifiable,” he added.

"We are aware of the situation and are investigating," Whatcom spokeswoman Marisa Ellis told Campus Reform. "Given the on-going investigation, we are unable to comment further."