'Trigger warnings' widely used for years...but at what cost? 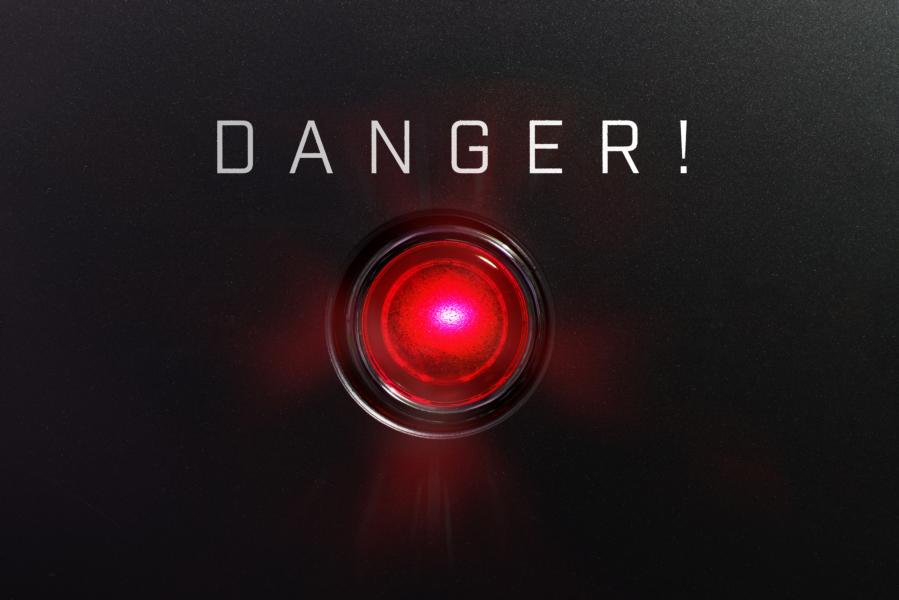 "Trigger warnings" have a years-long, storied history on America's college campuses, despite recent studies showing they do not work.

A recent Harvard study found “no evidence” that trigger warnings are helpful, and that they, in fact, may harm actual trauma survivors because they “countertherapeutically reinforce survivors' view of their trauma as central to their identity.”

Despite studies showing they do not work, professors and students alike have used trigger warnings for years to warn the world about any potentially disturbing content, inside and outside of the classroom.

Last year, NYU professor Nirit Gordon published an essay titled, “Trigger warnings and the unformulated experience,” in which she urged her colleagues to adopt the use of trigger warnings, claiming they were “imperative” to the classroom.

Gordon argued that criticisms of trigger warnings are rooted in societal pressure to “dissociate” from emotions.

“It could be argued that the debate here is about psychic fragility of college students who refuse to confront issues,” Gordon conceded, but asserted that trigger warning skepticism is actually the result of “the fear of instructors to permit the personal to enter the classroom.”

She also implied that opposition to such warnings were misogynistic because “emotional proclivities are equated with femininity.”

In 2016, NPR conducted a survey revealing that 51 percent of college professors admitted to having used trigger warnings in their courses. Of those, 3.4 percent claimed that they had been asked to do so by students. None of these professors said they could remember a time when a student decided to opt-out of a lesson to avoid potentially triggering content.

The trend extends outside of the classroom, with some colleges requiring students to warn others ahead of time before participating in certain types of speech.

With the help of the Alliance Defending Freedom, Students for Life of America sued the Miami University of Ohio in late 2017 for requiring the group to post trigger warnings to advise other students about a pro-life display.  The “Cemetery of the Innocents” demonstration consisted of a number of small crosses meant to represent the number of lives lost to abortion each day.

At the time, a university spokeswoman told Campus Reform that the lawsuit was the result of an “unfortunate misunderstanding,” and that trigger warnings were not a part of university policy, but later agreed to reverse multiple policies, including the one used to mandate trigger warnings in certain instances, in order to settle the lawsuit.

Similarly, in April 2018, Students for Life of America raised concerns about a policy at the University of New Mexico, wherein the school took it upon itself to place warning signs about displays put up by student groups. These signs advised students that they were about to encounter a possibly “uncomfortable or controversial” topic, but Students for Life said that the policy was not being consistently applied, and as a result, individuals in administrative roles were left to determine which student demonstrations were “controversial.”

In September 2016, Campus Reform reported that Rebecca Plante, a professor from Ithaca College and a strong advocate of trigger warnings, had ditched teaching any potentially sensitive material in her Sociology of Sexualities course. Plante ultimately decided that the topic of sexual violence was entirely unteachable.

When schools and professors fail to provide “trigger warnings,” students will often take matters into their own hands and create such warnings themselves.

A 2017 Ohio University survey of medical students found that more students support the use of trigger warnings than oppose them. Only 29 percent of students polled rejected the concept or believed it to be counterproductive.

The phenomenon is not a new one either.

As far back as 2015, students at Georgetown University protested a speech by Christina Hoff Sommers by creating their own trigger warnings and providing a “safe space” for students during her speech on campus, which students said made them “feel unsafe.” Sommers' talk was titled, “ What’s Right (and Badly Wrong) with Feminism?"

Signs outside the event, posted and held by students, read, “trigger warning: this event will contain discussions of sexual assault and may deny the experiences of survivors" and “trigger warning: anti-feminism."