Duke prof emeritus: Trump may be responsible for 'many more million' deaths than Hitler, Stalin, Mao 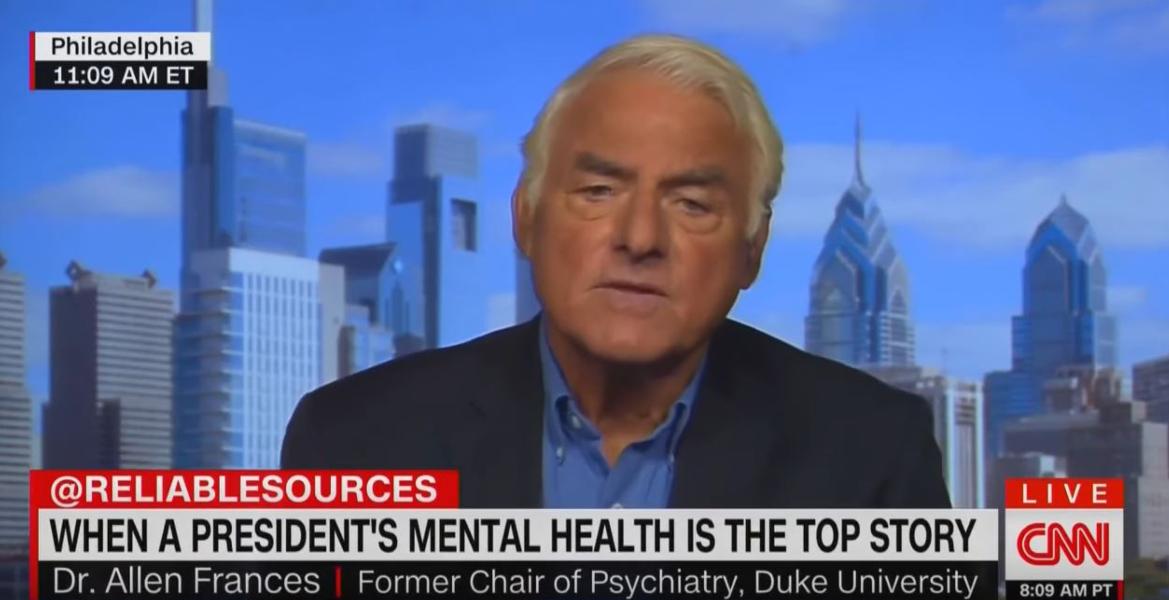 With a stern look, CNN's Brian Stelter declared on his show Reliable Sources on Sunday that "we've got to talk about" Trump's "instability," as the lower third read. Then, claiming to bring in two psychiatrists with "differing opinions," even though both were adamantly anti-Trump, Stelter opened the floor for two elite institution academics to bash the sitting president, without pushback or correction.

One of those professors, Yale psychiatry professor Bandy Lee, previously branded Trump as a "racist," as Campus Reform reported. Lee also recently contributed to an online discussion panel in which one professor likened Trump rallies to those of Adolf Hitler.

"Trump is as destructive a person in this century as Hitler, Stalin, and Mao were in the last century."

But Lee wasn't the only one on national television Sunday to discuss Trump's mental state. Allen Frances, who is listed on Duke University's website as "professor emeritus of psychiatry and behavioral sciences," also joined the discussion. But while urging his colleagues to "face [Trump's] policies, not Trump's person," Frances stated that "lumping the mentally ill with Trump is a terrible insult to the mentally ill." He went on to call American voters "crazy" for having elected Trump as president.

But Frances saved his most searing criticism of Trump for last.

"Trump is as destructive a person in this century as Hitler, Stalin, and Mao were in the last century. He may be responsible for many more million deaths than they were," Francis claimed, without any challenge from Stelter, whose show is named Reliable Sources.

[RELATED: Democrats turn to psych profs for dirt on Trump]

Duke University spokesman Keith Lawrence said in a statement to Campus Reform that “Dr. Frances is retired and has no current teaching, clinical or administrative responsibilities at Duke. Current and retired faculty, staff and students at Duke have the right to share their personal views in the media, on social media, and in other public forums. While they may express opinions that Duke as an institution doesn’t share or endorse, Duke will not infringe on the freedom of anyone to express their thoughts and ideas.”