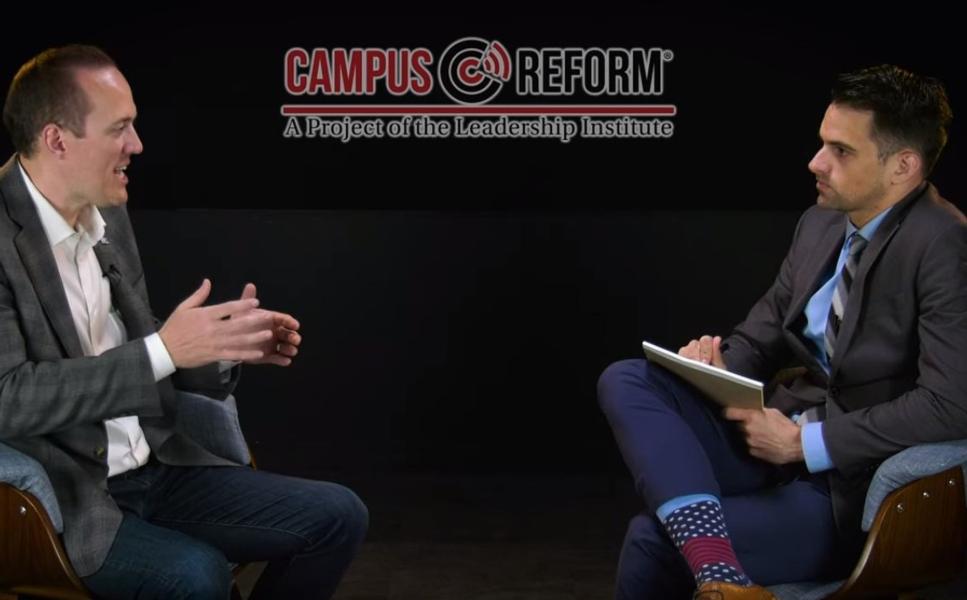 With the fall semester now underway on many college campuses throughout the country, and students at other schools heading back to classes in the next couple of weeks, Campus Reform Managing Editor Jon Street sat down with Cliff Maloney, president of Young Americans for Liberty, to gauge what's on the libertarian and conservative student group's radar this academic year.

Among the topics discussed were free speech on college campuses, viewpoint-neutral distribution of student fees among student organizations, and the threat of doxing against conservative students, namely at the University of Texas at Austin. When asked what message he would convey to conservative students facing such threats of doxing who might be hesitant to join conservative student groups, Maloney blasted campus administrators.

"It's a shame that you have the left and these authoritative campus bureaucrats...they want to dictate what can and cannot be said on college campuses..."

"It really is a shame," Maloney told Campus Reform. "It's a shame that you have the left and these authoritative campus bureaucrats, these administrators, they want to dictate what can and cannot be said on college campuses, whether it's organizing as a group, whether it's speaking by bringing in people who have different ideas than what they're getting in the classroom, or whether it's trying to decide, you know, obviously on the curriculum side, we're struggling to get our message out."

The YAL president then urged students and leaders trying to recruit new members to "be firm" and "have courage."

"The nice thing about the principles of liberty and the principles of freedom is we're willing to defend our ideas," Maloney added. "We don't need an advantage....If it's an even playing field, where we can engage students and we can talk to students about the ideas we believe in, people tend to come toward freedom. They believe in self-responsibility, not reliance on government."

With regard to the previously mentioned doxing threats against conservative students at UT-Austin, as Campus Reform has reported, a UT-Austin spokesperson said, “students should never be targeted or face harassment for their affiliations, political beliefs or any other reason. The anonymous group behind this doxing is not affiliated with the university, is not a registered student group, and should not present itself in that way. As they did last fall, University Police are continuing to work to ensure the safety of any targeted students and monitor for any potential criminal actions.”

Campus Reform asked UT-Austin to address the controversy on camera. The university did not respond to the request.