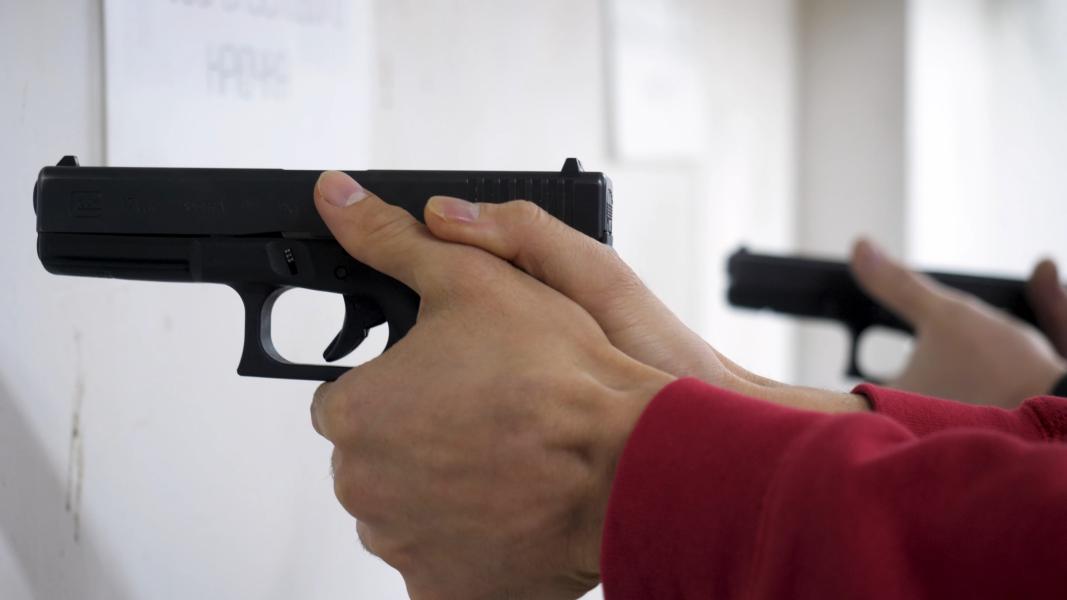 A University of California-Los Angeles professor is calling not only for gun control but also “qualifications” to freedom of speech in order to combat mass shootings fueled by racism, a phenomenon he says has only come to light since President Donald Trump’s election.

UCLA professor Douglas Kellner states that until just two years ago, “all of the previous shootings were rather divorced from sociopolitical factors,” claiming that while mass shootings occurred in the past, they were the results of “individual crises of young men,” having to do with things such as family life or school trouble, in an interview published by the university.

“This really puts freedom of speech in a different context, we need to rethink this...it’s not an absolute"

Kellner asserts that the phenomenon of mass shootings motivated by racist ideas is largely isolated to instances occurring since Trump's election.

“The toxicity of gun culture has created a new factor that we have never seen before, that was a major factor in the last few shootings, and that was the election of Donald Trump, and in particular, Trump’s rhetoric [on immigrants],” Kellner said, adding “there haven’t been particular racist school shootings before, or acts of domestic terrorism.”

The professor goes on to state matter-of-factly that the El Paso shooting “was completely different from any of the other acts of domestic terrorism [or] school shootings, because it was targeting Latinos and immigrants.”

When asked how an incident like the El Paso shooting was possible in Texas, given that the state has a long history of Latino and Mexican culture, Kellner replied, “again, I think it’s Trump,” recalling time he spent teaching in Texas between 1973 and the mid-1990s and noting that he didn’t remember any anti-Latino murders “by some racist shooter” during that time period.

Kellner, who teaches education, Germanic languages, and gender studies at UCLA, later expounds upon “the larger picture of what’s created divisions and increased violence in this country,” insinuating that the “divisive nature of Trump’s rhetoric” was to blame for the fact that “CNN, which was pretty neutral in the presidential election, has been increasingly anti-Trump” and for Fox News being what he calls “just a mouthpiece for Trump’s rhetoric and his hate speech.”

The professor’s proposed solutions to the gun violence epidemic include a tamping of “gun culture” in America and “changes in the gun laws,” calling it “insane” that America has “assault rifles that anyone can get...on the internet or at gun shows without a background check.”

[RELATED: EXCLUSIVE: UC-Berkeley gun violence panelist has 'no background' on topic, instead will focus on 'activism']

“In both cases there need to be qualifications in certain contexts,” Kellner said. “And historically, our notions of both free speech and gun rights have changed. Society is continually growing and evolving, and so our Constitution and the Bill of Rights is changing historical meaning in different eras, and I think most people accept that.”

“If hate speech is endangering human lives and it is known to cause things like the shootings or acts of violence, we have every necessity to deal with this,” he said. “This has to do with what we were talking about earlier. People who engage in this kind of speech…need help. We need to help them. You’re not abridging freedom of speech – you’re helping young people deal with their demons and their problems.”

“This really puts freedom of speech in a different context, we need to rethink this,” the professor concluded. “It’s not an absolute as some of us once thought it was.”

Campus Reform reached out to Kellner repeatedly but he did not provide comment in time for publication.