College students are 'sick and tired' of Hillary Clinton 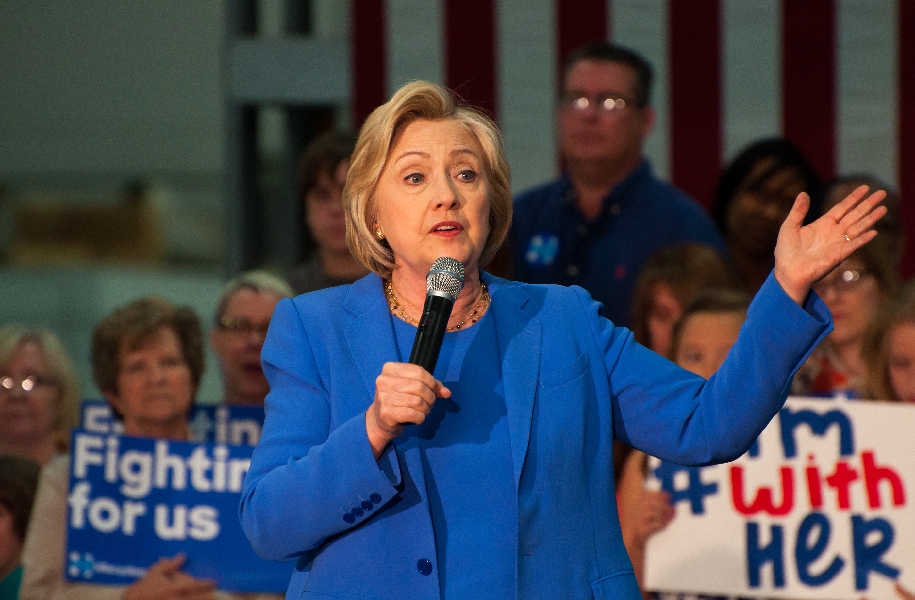 Amid growing speculation that twice-failed presidential candidate Hillary Clinton could make yet a third run for the White House in 2020, Campus Reform's Eduardo Neret went to George Washington University in the nation's capital to ask students there if they would vote for her.

The overwhelming majority of students who spoke with Neret said they would not vote for Clinton if she jumps into the already crowded 2020 Democrat presidential primary. To discuss possible reasons that students have these feelings toward Clinton, Neret joined Fox Business Network on Friday.

"For most of their lives, Hillary Clinton has been in the public eye and they're just sick and tired of her..."

"Much like the rest of America is that far-left campus students really do hate Hillary Clinton," Neret said. "For most of their lives, Hillary Clinton has been in the public eye and they're just sick and tired of her. They want something else. They want new blood."

He added that because "a lot of college students are drifting toward the far-left just like the mainstream Democratic party," Clinton would "have a hard time getting these young voters, these millennial voters, who again, are sick and tired of her."

"They're sick and tired of the status quo and establishment politicians," Neret said.

According to a separate study by Tufts University, these voters could be more key than ever in the upcoming presidential election, as the number of college voters in the 2018 midterm election was double that of the 2014 midterm election.

And students aren't the only ones who aren't excited about a possible Clinton candidacy.

Several Senate Democrats, according to Politico, want Clinton to stay out.

“She’s done a great service to our country and public service, and I supported her wholeheartedly, but I believe it’s time for another nominee,” Sen. Dick Durbin (D-Ill.) said.

“That would be a mistake,” Sen. Martin Heinrich (D-N.M) opined.

Sen. Joe Manchin (D-W.V.) offered his take as to whether Clinton should launch yet another White House bid, saying, “absolutely not."

Yet, all of this hasn't squelched rumors that the former Democrat presidential nominee could run again.

Former Clinton adviser Philippe Reines made waves this week when he said on Fox News of Clinton possibly jumping into the race, “I think it’s somewhere between highly unlikely and zero but it’s not zero. I don’t know how to be more honest than that."

“To the extent that I talk to her about the race and just in general what she’s up to, I do think she’s been looking and watching wistfully, which is totally understandable given the race she went through in 2016," Reines added.