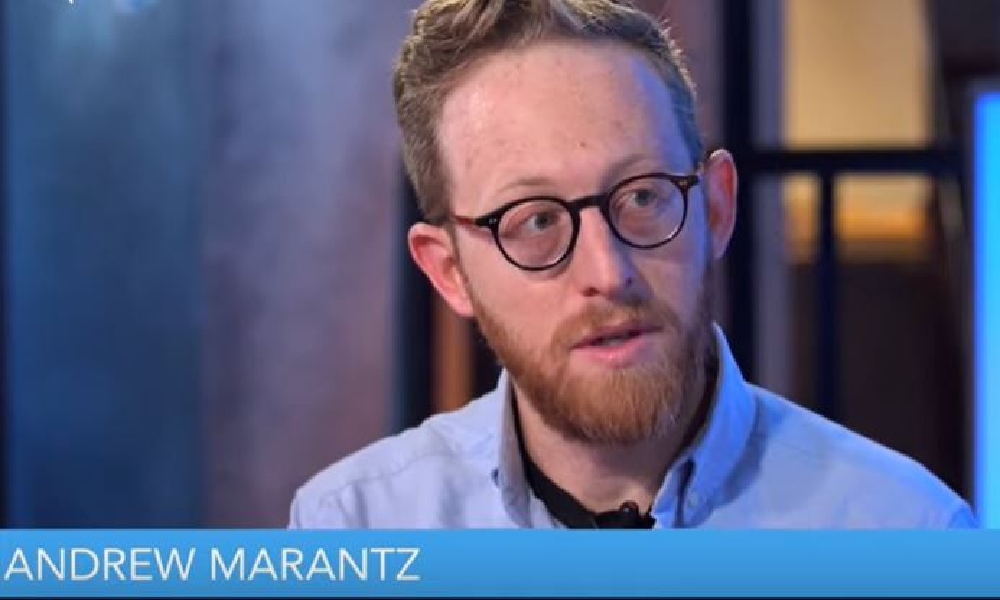 The University of California-Berkeley invited a reporter to speak about free speech issues “of interest” to students. Their invited expert suggested altering the current interpretation of the First Amendment and suggested that free speech “absolutism” is being used as an “excuse for paralysis.”

Berkeley Assistant Vice Chancellor of Executive Communications and panel moderator Dan Mogulof told Campus Reform that the university invited Marantz because he has “covered issues related to Free Speech of interest to the members of the campus community,” adding that “the university is interested in a broad range of perspectives on contemporary issues,” and that it hosts “talks and events featuring speakers from across the ideological and intellectual spectrum.”

[RELATED: Berkeley hosts 'The Right to Be Lazy: Shifts in Marxist Thought' class for credit]

Having been invited to the university in this capacity, Marantz began his speech by denying the validity of the “marketplace of ideas,” saying the “faith that we have that the system is going to basically function and self-correct is just totally misplaced.”

Focusing on how extreme ideologies take hold via social media, Marantz asserted a need for creators of platforms to “think about the problems inherent in” the ideas of “American exceptionalism, free speech, good marketplace of ideas,” so that they build the “proper safeguards” into platforms to “make sure that things don’t go haywire.”

Marantz compared allowing free speech on social media sites to having a party in a warehouse and allowing party attendees to set a couch on fire.

“You might strongly disapprove of the person lighting the couch on fire and feel very concerned and have a deeply furrowed brow on your face. But you set the conditions that made that possible. You did or didn’t have a policy at the door of who was going to get carded. You made the lighting choices, you made the music choices, you chose not to have a functional PA system at the party so that if somebody does start lighting a couch on fire, there’s some way to quickly alert everyone, ‘Hey, guys, there’s a couch on fire. We need to do something about this.’ You just opened the doors and said, ‘The marketplace will figure it out,’” Marantz said. “And if you’re wrong, which in the case of our current real timeline, they were wrong. It’s not really clear what you can do once it’s too late. And you have authoritarians installed in 10 major democracies and all the rest of it.”

Marantz’s book is an expose of fringe political ideologues who he classifies as right-wing extremists. When asked about left-wing extremism, he insisted there is no “analogous mirror image on the left,” claiming that America “was built on a pretty solid foundation of white supremacy,” which “has always been used by what has been called the political right.”

“Which is not to say that there can’t be lovely people on the right who are really nice and get along and play little league with people of all races,” Marantz joked before reiterating that “the underlying foundational structure of this country has always been what it’s been and it’s always taken on a certain political valence.”

“The names of the parties have flipped, and all that stuff,” he added, shooting down “specious, Dinesh D’Souza arguments about how Democrats are the real racists.”

Marantz also spoke about the election of President Donald Trump, claiming that Trump was able to win because of “fringe” ideologies that are allowed to “keep percolating and keep bubbling up on their own” due to “ungoverned algorithms” on the internet.

He also spoke about the culture at Fox News and its role in helping Trump get elected, which he believes is both a result of the supposed fact that “Donald Trump ate the Republican Party from the inside,” and that “apparently Rupert Murdoch just will never die, and he just will never pass on control to the next generation.”

Wasserman countered Marantz’s assertion by saying that “The Republican Party has been eating itself for the last 40 years.”

Wasserman questioned Marantz on his sensationalization of extreme political ideologies, suggesting that they perhaps do not have as much influence as Marantz would have people believe. Marantz responded by saying that “covering a bigot, a liar, a swarm of trolls, an open racist” is important because those terms “also all described the White House.”

Marantz also opened up about his feelings regarding the press. “I bemoan the demise of Gawker,” he said, admiring how the publication “could just say, ‘army of troll shit heads does shit head thing,” in a way that the New York Times cannot. “But it’s more honest, it’s just less objective,” he added.

The reporter expounded on the supposed contradiction between honesty and objectivity, speaking about the “tension” between being “objective on the one hand and telling the truth on the other.”

“Sometimes they’re just directly at odds with each other, and you just have to make a choice,” he said, offering the example of a controversial New York Times headline that read “Trump Urges Unity vs. Racism.” The paper ultimately apologized for the headline, saying that it did not properly “contextualize” the phrase.

“Do [you] remember this? It was like, his speech was not about urging unity. But he said the word unity in the speech. So it was technically accurate, but it was not really the more salient truth,” Marantz said, before adding the disclaimer that he believes the New York Times is “one of the few functional institutions in the country.”

“And what I’m questioning is absolutism as an excuse for paralysis,” Marantz said.