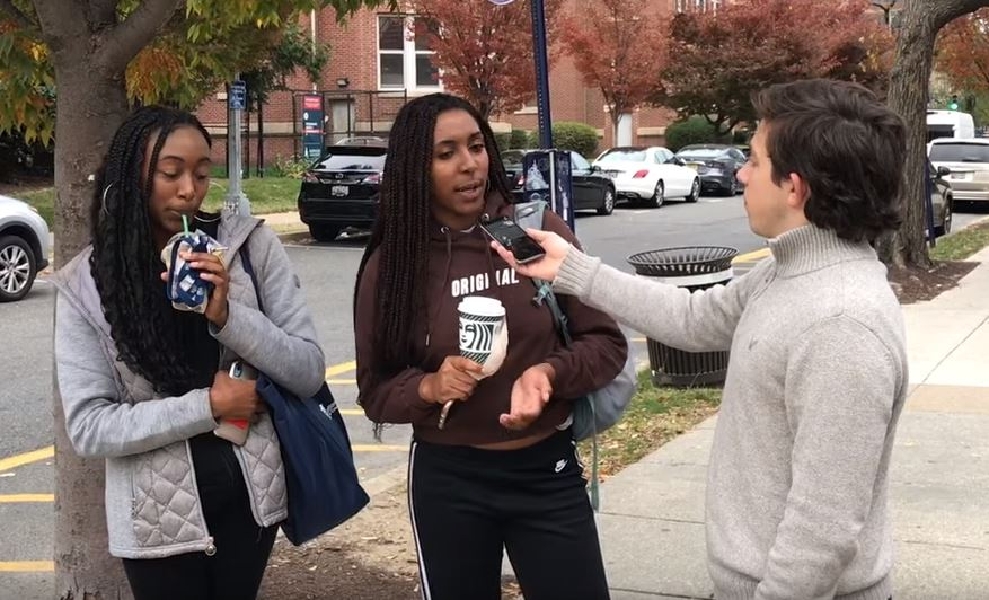 Ahead of Veterans’ Day, Campus Reform Digital Reporter Eduardo Neret went to Howard University in Washington D.C. to ask students to identify a just war in which the U.S. has fought.

Most students could not name a war, arguing that no war was or is justified.

“I feel as though there aren’t any justifiable wars"

“I feel as though there aren’t any justifiable wars,” one student told Neret.

“I cannot think of a single war that America has been a part of that has been justified,” another student added.

When Neret pressed the student on whether World War II was a just war, the student said it was not.

“I don’t believe America fought that war for the just reasons,” the student answered.

One student argued that World War II was a just war because the U.S. won freedom from Great Britain.

“[World War II] it’s a good cause for the greater good because at the end of the day we got our freedom, and we are no longer under Great Britain.”

However, a few students did identify a just war.

“I think World War II overall was justifiable, given that Hitler was doing some really bad things over there in Germany. Therefore we needed to stop that,” one student argued.