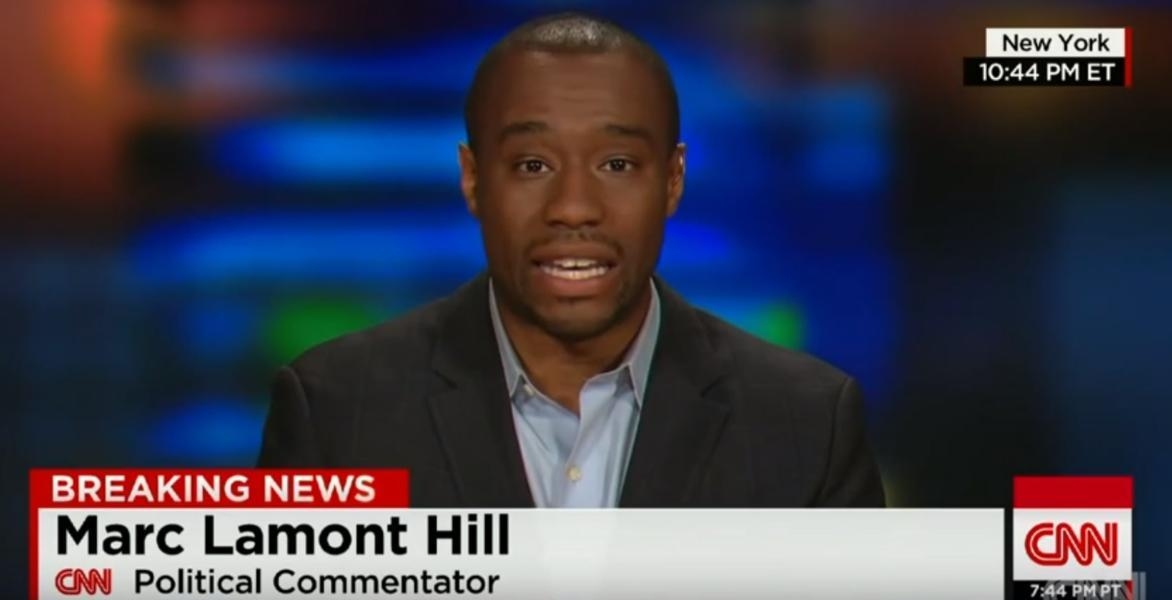 Nation-states and prisons should be abolished, Fox News is a collection of radicals, and President Donald Trump is a “chaotic” manifestation of “white supremacist nostalgia” according to Marc Lamont Hill in a recent speech at St. Olaf College.

Hill was fired from CNN in 2018 after making a series of anti-Semitic remarks. On Thursday, he visited St. Olaf at the invitation of the school’s Political Awareness Committee (PAC) where he gave a speech musing about various political issues and reminiscing about his time working for Fox News.

[RELATED: Marc Lamont Hill: I had tons of support. When it comes to anti-Israel faculty, he's not wrong.]

Hill explained that his activism is “working toward that ultimate vision” of abolishing both nation-states and prisons. While he acknowledged that these objectives will be a “challenge,” he urged students to partake in action “which supports that movement.”

He also identified “chaos” as a detrimental force plaguing America. “Chaos is November 8th, 2016” he claimed, in reference to Trump’s election day.

Hill then alleged that Trump uses an “appeal to white supremacist nostalgia as a means by which to advance his own political agenda, [which is] all that is chaos.”

However, he also clarified that “Trump is not a new sort, Trump is American leadership on steroids.”

“He’s a rather extravagant iteration of American presidential leadership, of American empire, but he ain’t new,” Hill said. “But the fact that we think he is allows us to find comfort in the kind of liberal democratic leadership that has always fortified empire, burdened the poor, advanced the imperial agenda globally all under the guise of perfecting democracy.”

Trump wasn’t the only conservative to receive Hill's scorn. He worked at Fox News until 2009 when he was fired over concerns about his “reputation of defending cop killers and racists,” according to Mediaite.

During his St. Olaf speech, Hill opened up about his time at the network.

He also talked about how certain Fox employees attended a weekly meeting that he was not privy to. Despite not attending these meetings, Hill explained what they looked like.

“What’s important to know is who was in those meetings… you’d be in there and there’d be like evangelical Christians. You know these people who were like tryna push creationism,” he said.

“And they [sic] in this meeting hooked up with people who are Second Amended advocates and like not just like I want guns, but like the right to bear arms means that all guns... and they’d be in there with these free-market fundamentalists... and they’d be in there with homeschool advocates and all kinds of war hawks and people who are pro-life and it was stunning to see this array of people,” he recounted to his student audience.

He also noted that “Fox News has the best bagels” before joking that they’re probably ”made with the tears of poor people.”

Before Hill began his speech, a representative from St. Olaf’s PAC took the stage to remind those in attendance that the school “embodies the violent subjugation, exploitation, erasure and genocide” of natives who used to live in Minnesota.

Campus Reform reached out to PAC asking if they agree with Hill’s mission to abolish prisons and the nation-state, but received no response.