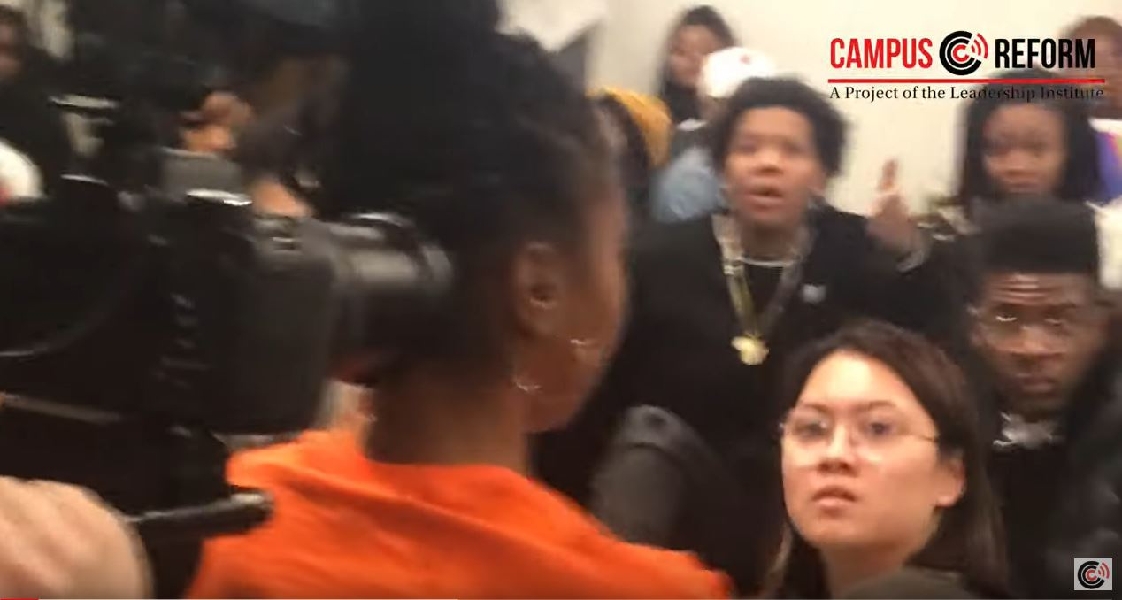 While covering a days-long sit-in on the Upstate New York campus, Murray says she was told she could not record the sit-in.

“I was disturbed I see some people clearly just eager to start trouble."

"What are you doing?" one protester asks Murray.

"Alright, just back off please," a protester is then heard saying. "Just stand back here."

Another person tells Murray that her presence "provokes negative energy and racist tensions" by her "previous actions."

[RELATED: Students demand ability to select roomate based on race during days-long sit-in]

When Murray asks "how" and by "what actions" she has allegedly done that, the protester says that her presence makes some people "uncomfortable."

"Black people are upset by you," one protester says, later telling Murray that she writes for an "outlet that contributes to a narrative that allows experiences like this to occur."  The same protester then says "there are conservative thoughts that create spaces like this..."

"I just don't have that space or capacity in my body right now," the protester, who said she hadn't eaten for hours, added.

"I'm tired, and I just don't have that in my body right now to tell you that right now," she said.

In a statement to Campus Reform, Murray reflected on what transpired.

“I was disturbed I see some people clearly just eager to start trouble. Unprovoked, they just started pointing at me and calling me out while I was standing there with the rest of the reporters. There was such hypocrisy there because while they were expressing their right to freely assemble and speak out in protest, they had no regard or tolerance for anyone they even suspected of not supporting their every position," Murray said.