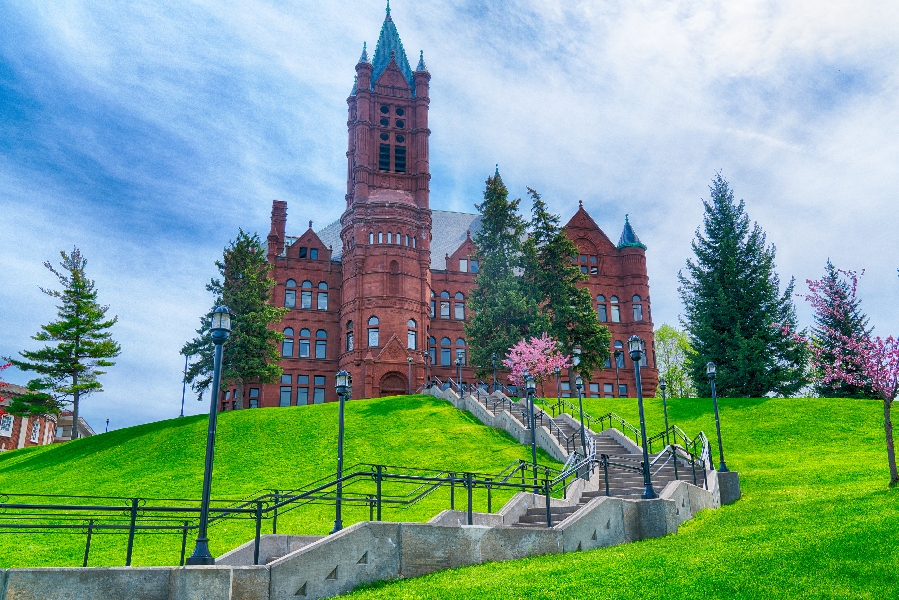 Free speech experts are calling on Syracuse University to lift a recently placed ban on fraternity activities, insisting that it violates the university's legal commitment to "First Amendment standards."

Amid accusations of widespread racism at the university, Syracuse suspended all fraternity activity for the remainder of the semester in response to an incident wherein members of one fraternity reportedly hurled a "verbal racial epithet."

"suspend all social activities of fraternities"

Syracuse Chancellor Kent Syverud reasoned that since "some of the individuals involved" in the incident were "members and guests of a Syracuse University fraternity," that in addition to suspending the fraternity in question, "stronger steps" were required. Specifically, Syverud announced that he had directed the Office of Fraternity and Sorority Affairs to "suspend all social activities of fraternities" on Syracuse's campus.

"While only one fraternity may have been involved in this particular incident, given recent history, all fraternities must come together with the University community to reflect upon how to prevent recurrence of such seriously troubling behavior," said Syverud.

[RELATED: Students demand ability to select roommate based on race during days-long sit-in}

But student free expression advocacy group Foundation for Individual Rights in Education is calling on the university to lift the sanctions, claiming that its existing "concern for the state of students' rights at Syracuse University" has been "renewed" by the sanctions placed on all members of every fraternity based on the alleged actions of members of one fraternity.

In a Friday letter to the university, FIRE insisted that Syracuse's actions "cannot be reconciled with the public commitments Syracuse has made purporting to protect the rights of students to engage in free association."

In addition to noting that there is "no evidence" to affirm that the incident that a fraternity is even responsible for the event that sparked the sanctions, FIRE notes that "among the fraternities punished by Syracuse are numerous chapters of the Syracuse Interfraternity Council, National Association of Latino Fraternal Organizations, National Pan-Hellenic Council,and Multicultural Greek Council, which include several African American,Latino, Asian American, and Jewish fraternal organizations, among others."

While Syracuse is a private university, FIRE cites the university's purported commitment to "First Amendment standards," and asserts that prohibiting students from freely associating without due process is a "substantial overstep of Syracuse's authority, and must be rescinded," given that official university policy repeatedly guarantees "free speech" and "free association" for students.

"Students reasonably rely on these commitments when they enroll at Syracuse, and the university has not only a moral, but also a contractual obligation to uphold these commitments," the organization explains. "Private colleges are legally bound to uphold promises concerning freedom of expression and inquiry.

The legal advocacy group informed the university that it expects a response to its call to lift the ban no later than Dec. 6.