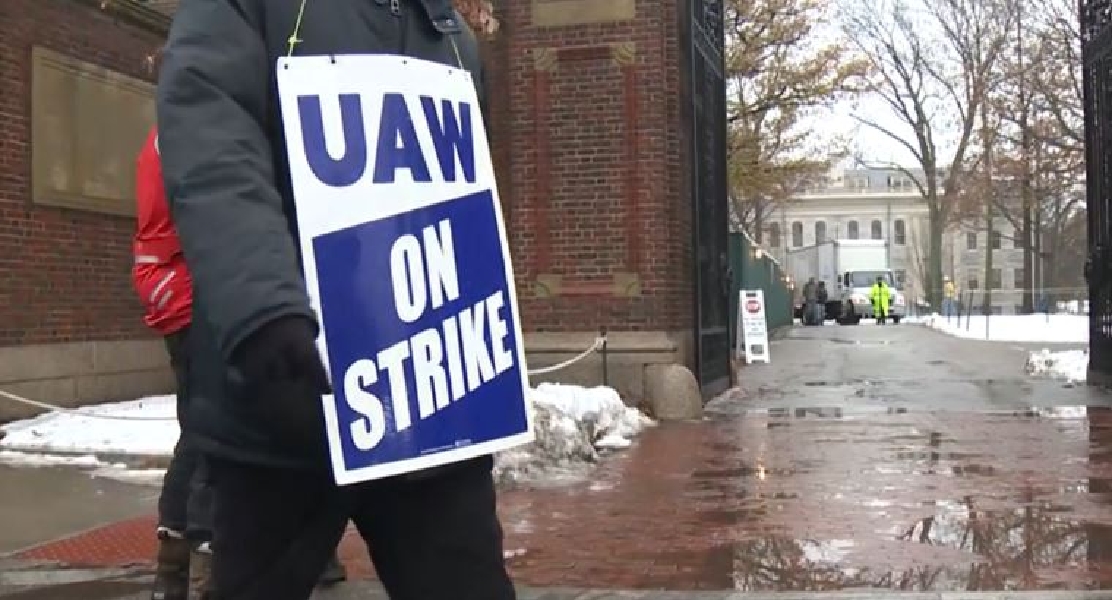 The Harvard Graduate Student Union went on strike beginning Dec. 3, which is having an impact on classes, final review sessions, and could even impact the timing of students' final grades.

The Harvard Crimson reported that the 5,000 member Harvard Graduate Student Union of United Automobile Workers decided to stop working on the last day of regular classes for the university. According to the report, the student workers stopped hosting final review sessions, holding office hours, grading assignments, and other teaching responsibilities as part of the strike.

Final exams begin Dec. 10 for Harvard students, and the union has not announced an end to the strike.

The strike comes after twelve tentative agreements between the union and university, which were the result of 28 sessions of bargaining.

The Crimson reports that the points of contention between the two parties are healthcare benefits, workers' pay, as well as the procedures employed for grievances involving discrimination and sexual harassment complaints.

On Monday, two Massachusetts representatives joined the students on the picket line, as well. Rep. Ayanna Pressley (D-Mass.) and Rep. Katherine Clark (D-Mass.) both announced they would join the student union protest.

Catch @KatherineClark & I on the picket line tomorrow with @hgsuuaw at 10:30.@Harvard needs to come to the table and negotiate now. Our student workers deserve to be treated with dignity.

If the strike crosses over into final examinations, faculty may have to grade the final exams by themselves, without the help of graduate workers, according to The Crimson. If that happens, professors may elect to change exams to a multiple-choice format. The union has even asked faculty members to withhold student grades until the strike ends.

In addition to the graduate students going on strike, the United Parcel Service will not be delivering packages or mail to the university for the duration of the strike, according to a tweet by the union.

A spokesperson for Harvard told Campus Reform that negotiations between the university and the Graduate Student Union are ongoing.

One member of the union bargaining committee tweeted that the union is “organizing a disruptive week 2” of the strike.

Some classes have already been impacted, according to The Crimson, with one class stopping its planned review sessions and office hours by teaching fellows. Another class was forced to physically relocate because of the strike.