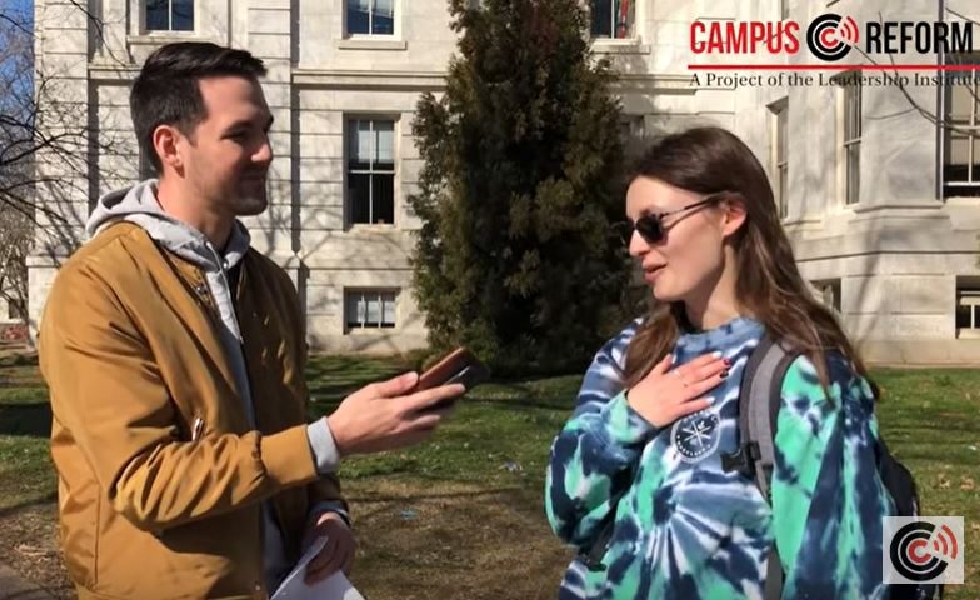 President Donald Trump will address the nation for the final State of the Union of his first term in office.

While the president's speech has not yet been made public, some have likely already made up their minds on their opinion of the address.

“that’s flat out ridiculous and not appropriate language"

With that in mind, Campus Reform's Cabot Phillips headed to American University in Washington, D.C. to ask college students for their thoughts on an “advance transcript” of the speech, filled with a series of controversial quotes.  What the students didn’t know is that all of the “Trump” quotes they were reacting to actually came from Democrats running for president in 2020.

“That’s inappropriate,” one said, while another added simply, “that’s flat out racist.”

“We should get a new president, we shouldn’t have someone like that being a role model for kids,” another student said.

Next, students reacted to “President Trump’s” quote about the importance of disarming North Korea and eliminating Kim’s weapons, which actually came from Elizabeth Warren.

“It’s just like a part of his rhetoric to assert dominance... it doesn’t really surprise me that he said something like that."

Students were equally appalled by Michael Bloomberg talking about gun violence in minority communities, saying “these kids think they’re going to get killed anyway because all their friends are getting killed...They just don’t have any long-term focus or anything. It’s a joke to have a gun. It’s a joke to pull a trigger.”

“He’s saying that because these are communities with people of color…” one student said, while another added, “that’s flat out ridiculous and not appropriate language.”

“That’s really belittling to the people in those areas," another said.

Finally, Phillips asked students for their thoughts on “Trump’s” quote about Israel, which actually belonged to Warren.

“When Palestine and Hamas puts its rocket launchers next to hospitals, next to schools, they’re using their civilian population to protect their military assets, And I believe Israel has a right, at that point, to defend itself," Warren said.

“He needs to use more peaceful language,” one student said, before another added simply, “I don’t support any of that.”

“Using that kind of language is very charged…”

What would students say after finding out that all of the quotes they were so upset by actually came from Democrat candidates for President?

Cabot Phillips is the Editor-In-Chief for Campus Reform. Prior to joining Campus Reform he spent time working on numerous campaigns—most recently as the Digital Grassroots Director for Marco Rubio’s Presidential bid. Phillips is also a YouTube Partner, creating and starring in numerous videos which have amassed over 70 million views across varying online platforms.  In 2016, Phillips was named to Red Alert Politics "30 Under 30" list of the nation's most influential young conservatives.