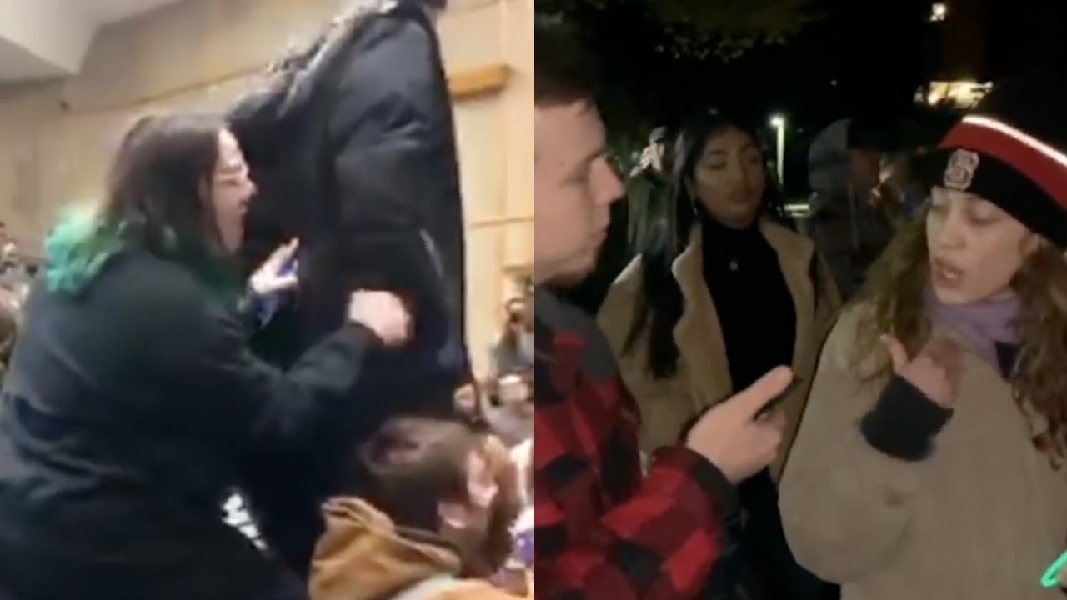 Campus Reform is highlighting the craziest student protests from the 2019 school year.

From protests involving climate change to protesting conservative speakers on campus like Charlie Kirk and Ann Coulter, Campus Reform filmed leftist students shouting down and getting violent at protests.

"we are all subjects in the capitalist system"

Story continues below the video...

Here are the top five videos:

In addition to attacking Kirk personally, students accused Kirk, Turning Point USA, and its supporters of being racist. When Smith asked for evidence, one protester told him to “go f**k” himself.

A College Republicans event for economist Art Laffer at Binghamton University was shut down within minutes of starting after student protesters occupied the auditorium. The event appeared to get violent with students getting physical and forcing police to get involved.

[RELATED: VIDEO: The craziest campus leftists of all time]

Additionally, before the event, Kirk was heckled by student protesters who chanted, “f**k you Charlie.”

Hundreds of protesters showed up at the University of California-Berkeley to protest a speech by conservative commentator Ann Coulter. According to local police, several masked individuals were arrested.

Inside the venue, a protester was also escorted out by police as they held up their middle fingers toward the stage.

Campus Reform went to one of the marches, which was led by Jane Fonda, to interview protesters who shut down traffic outside of major banks to protest investments in fossil fuels.

Students called for banks to divest from fossil fuels, but defended their own personal use of bank accounts at these banks.

“On a personal level, since we are all subjects in the capitalist system, it’s extremely difficult for an individual...to completely avoid the system,” a student claimed.