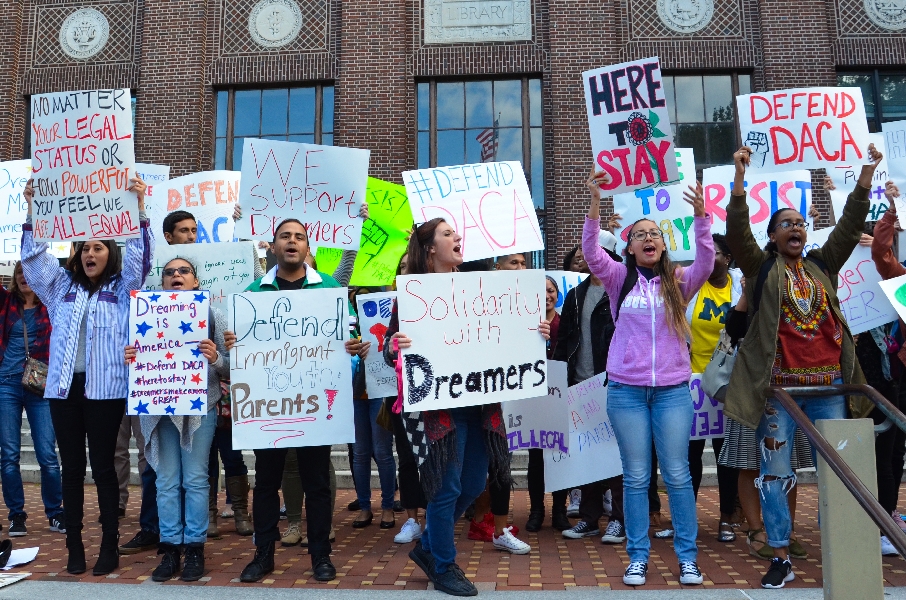 The Department of Education released a Question-and-Answer sheet about the Higher Education Emergency Relief Fund, which is part of the CARES Act, stating that students who are eligible for government-funded grants would have to fall under the student eligibility criteria of Section 484 of the Higher Education Act.

Section 484 says that in order for a student to receive grants or loans, a student should be “a citizen or national of the united states, or able to provide evidence from the Immigration and Naturalization Services that he or she is in the United States” with the intention of becoming a citizen or permanent resident.

“If a student has filed a Free Application for Federal Student Aid (FAFSA),” the Department of Education stated, “then the student has demonstrated eligibility to participate in programs under Section 484 the HEA.” The Education Department stated that the criteria to participate included “a valid Social Security number; registration with Selective Service (if the student is male); and a high school diploma, GED, or completion of high school in an approved homeschool setting.”

Illegal immigrant students, including DACA students who were brought to the U.S. as children, are not eligible to file a FAFSA and are thus not eligible for the CARES Act funding.

[RELATED: Betsy DeVos tells colleges not to give coronavirus aid to illegal immigrants]

However, several left-wing groups took to Twitter and other online outlets to voiced their concerns about the exclusion of DACA students.

“Another cruel decision by the Trump Administration,” the group BOLD Democrats wrote on Twitter, linking to a New York Times article about the guidance.

“Every college student in need should be able to look towards their institution for aid, especially during a global pandemic where millions are experiencing deaths in the family, loss of wages and more unexpected challenges,” the NYU student government said in a statement on Twitter.

The Hispanic Association of Colleges and Universities published a statement, stating that the decision was “counterproductive and will not help” low-income students who need assistance.

“We ask the administration to be inclusive in their grant allocations and provide the necessary funding support needed by DACA college students during this pandemic,” the statement read. “We also call upon the states to help DACA students who are in great need of assistance.”

American Association of State Colleges and Universities President Mildred Garcia also put out a statement regarding the action, stating that while “the language in the CARES Act does not exclude DACA students in the eligibility for financial aid grants,” but said that the government “must and can do better” to benefit DACA students.