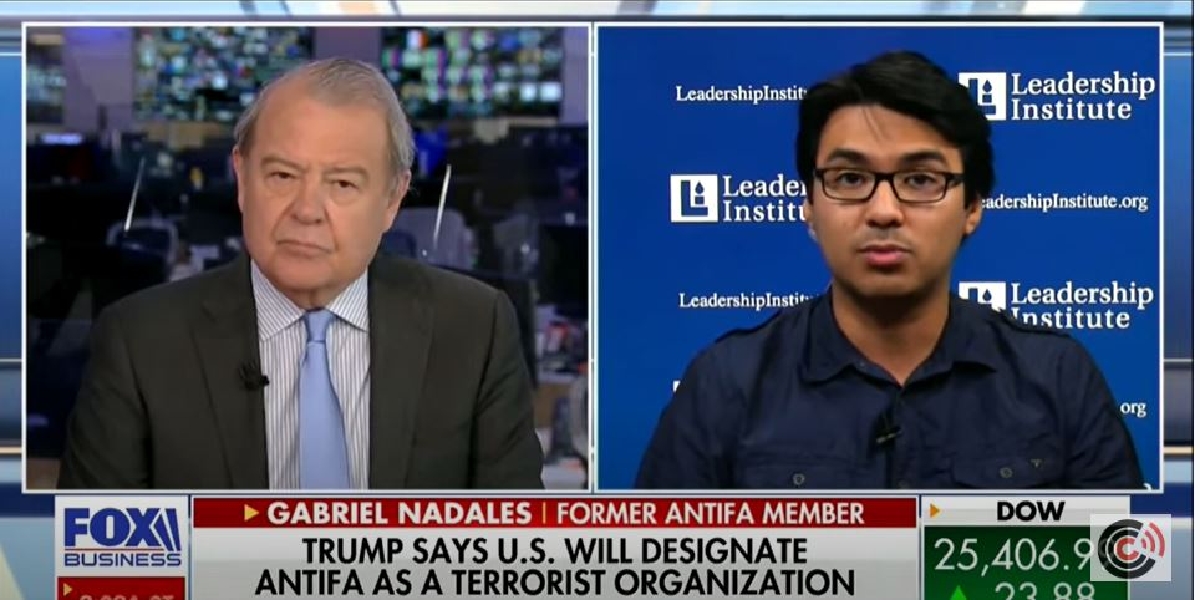 Nadales, who is an employee of Campus Reform's parent organization,  the Leadership Institute, joined Stuart Varney on Fox Business Network on Monday to discuss the recent riots that arose out of protests to the killing of George Floyd, an unarmed black man killed while in Minneapolis police custody.

"Antifa's acts are the very definition of domestic terrorism."

"The United States of America will be designating ANTIFA as a Terrorist Organization," Trump tweeted Sunday.

"If you look at some of the violence, it's being instigated by anarchists and Antifa activists," Nadales, the former Antifa member said, "not by the peaceful protesters who are rightfully angered by what happened."