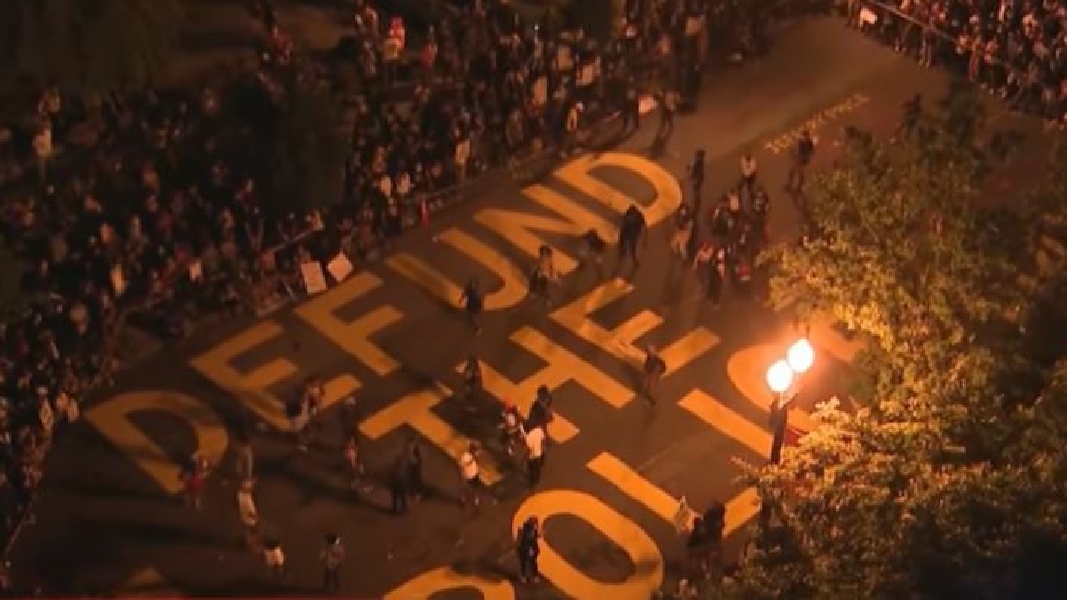 In a letter sent by University of California-Los Angeles faculty members to the school's chancellor and executive vice chancellor, the staff requests that UCLA take steps towards divesting from the Los Angeles Police Department and other policing forces. This comes out of protests over the death of George Floyd while in police custody, followed by a nationwide "defund the police" push from the left.

Police departments across the country made mass arrests of those involved in riots that followed peaceful protests. In L.A., the LAPD made the controversial decision to use Jackie Robinson Stadium to “detain protesters and process arrests," the UCLA faculty's letter points out.

"We refuse to allow our university to serve as a police outpost at this moment of national uprising and at any other time."

The letter states that UCLA students who stayed out past curfew were placed on “prison buses” by LAPD and taken to the Jackie Robinson Stadium parking lot to complete arrests. The faculty also wrote that the police department had not followed social distancing guidelines, making apparent “the cruel irony that this took place at a location used as a COVID-19 testing site."

The experience reported by “arrested protesters is chilling," faculty members said. They claim that the LAPD unjustifiably arrested students “for engaging in the constitutionally protected right to peacefully protest against racial injustice, which is pervasive in American policing."

The staff members are looking to “express our deep concern...with LAPD and other police forces." They claim that if UCLA is to stand in support of its previous statement that condemned “institutionalized racism” while also “recognizing the importance of protest against such racism," then LAPD should not be allowed to conduct arrests using Jackie Robinson Stadium, which is operated by UCLA.

UCLA faculty said it stands in agreement that the university should take “concrete steps that move us towards the divestment of UCLA from LAPD and other forms of policing, similar to the prompt action taken by the President of the University of Minnesota." The staff members intend to begin advocating this by working alongside student groups and local organizations, and they're requesting the support of the chancellor and executive vice-chancellor.

[RELATED: Professors and students call for no more campus police]

The staff asks that the university release “a detailed, public statement...that led to the use of [UCLA's Jackie Robinson Stadium] by LAPD."

"We refuse to allow our university to serve as a police outpost at this moment of national uprising and at any other time. As a public university, we serve the public and our students, and this in turn requires dismantling the mechanisms of punishment that have historically caused undeniable harm to communities in Los Angeles," the faculty members state.