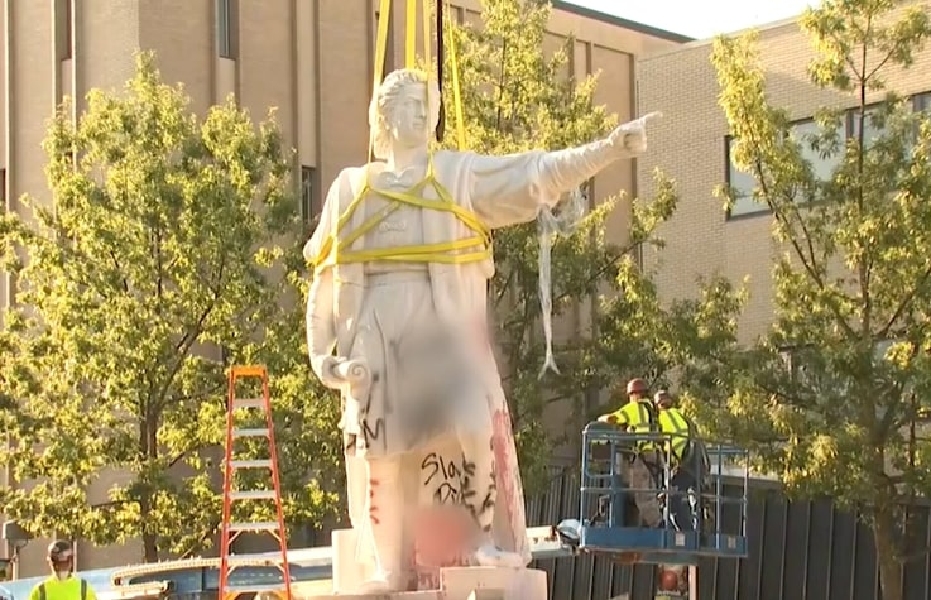 Columbus State Community College announced that it will remove the Christopher Columbus statue from its campus.

Within the next two weeks, the Columbus statue will be taken down from display and put into storage.

"a unique opportunity and duty to address systemic racism”

Columbus State Board of Trustees President Anthony Joseph said that removing the statue is an effort “to build on and improve our ongoing efforts toward broadened diversity and inclusion.” Joseph claims that the college does “not seek to erase history, but to make an intentional shift in what we visibly honor and celebrate as an institution.”

President David Harrison stated that the removal of the statue is a “symbolic gesture” of the college’s efforts in dismantling “systemic racism.” The protests and riots after George Floyd’s death among other events has been an “inflection point” for college policies, he said.

The removal of the statue has been a long-standing discussion “out of concern and support for students of color who have been harmed and traumatized by systemic racism.” Harrison said that the Columbus statue gave students “ a unique opportunity and duty to address systemic racism” in their everyday lives.

Harrison condemns that the statue had not been removed sooner, but that this is a time for students to “re-envision” their college. The celebration of Columbus “is not consistent with the values and mission of Columbus State,” and in the future the college will continue to make a more inclusive environment.

“Removing the statue will not remedy all of our challenges, but it is a purposeful first step as we commit ourselves fully to fighting systemic racism and ensuring equal opportunity for every member of our community,” Harrison said.