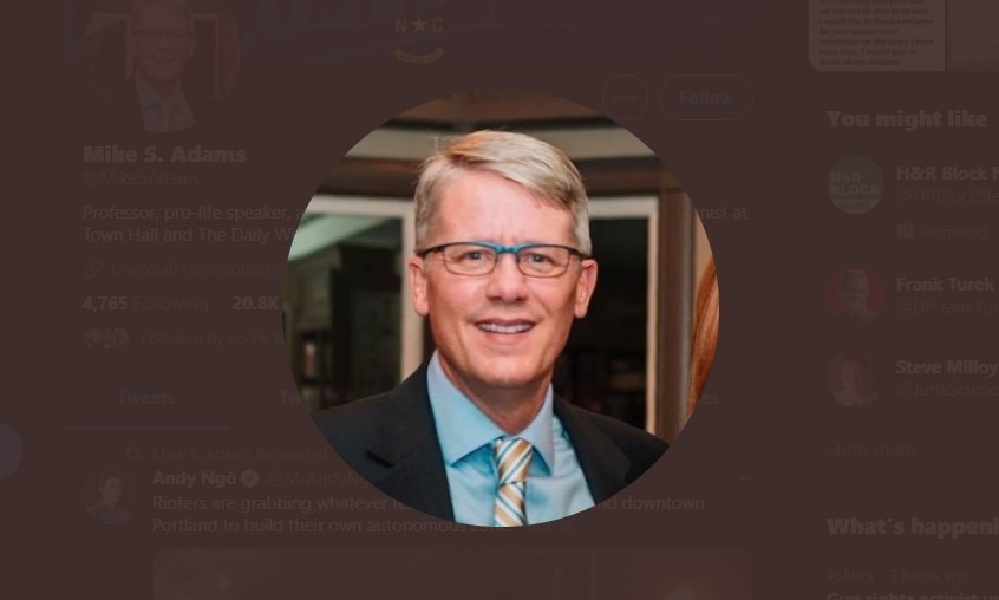 The University of North Carolina-Wilmington has reached a settlement with one of its longtime professors, stating in a campus email that Adams, a professor of sociology and criminology, would be given $504,702 for lost salary and retirement benefits.

Adams came under fire in May due to his controversial tweet in which he wrote about feeling “like a free man who was not living in the slave state of North Carolina.”

"Dollars are precious, but our institutional integrity is priceless"

This evening I ate pizza and drank beer with six guys at a six seat table top. I almost felt like a free man who was not living in the slave state of North Carolina.

Students created a petition in response calling for Adams to be fired, which amassed more than 60,000 signatures.

Famous actors and actresses also tweeted out their support for the removal of Adams.

Ummm. @UNCWilmington. How do you employ this person?!? The racism and misogyny are atrocious. This feels like another change for Wilmington that the #OTHfam could make some noise about. @HilarieBurton @BethanyJoyLenz @antwon_tanner https://t.co/Cu0oJjp36Z

UNCW made a statement in early June defending Adams’ right to free speech. The university wrote that “no matter how upsetting and distasteful the comments may be, they are expressions of free speech and protected by the First Amendment.”

According to Chancellor Jose Sartarelli, UNCW had three choices when deciding how to handle the controversy.

The university could have continued to employ him and have its reputation damaged in the eyes of Adams' critics, it could have, fired Adams and face a First Amendment lawsuit, or reach a settlement. Saratelli stated that the university was not willing to fire Adams over legal and financial concerns. UNCW had previously lost a First Amendment lawsuit to Adams in 2014, costing the school nearly $700,000.

Since Adams planned to retire in the near future, Adams and UNCW reached a settlement worth more than $500,000.

Saratelli told WNCT9, “In addition to saving money, the settlement will prevent the continued disruption to our educational mission, reduce concerns around campus safety, and lessen the harm to the institution. Dollars are precious, but our institutional integrity is priceless.”