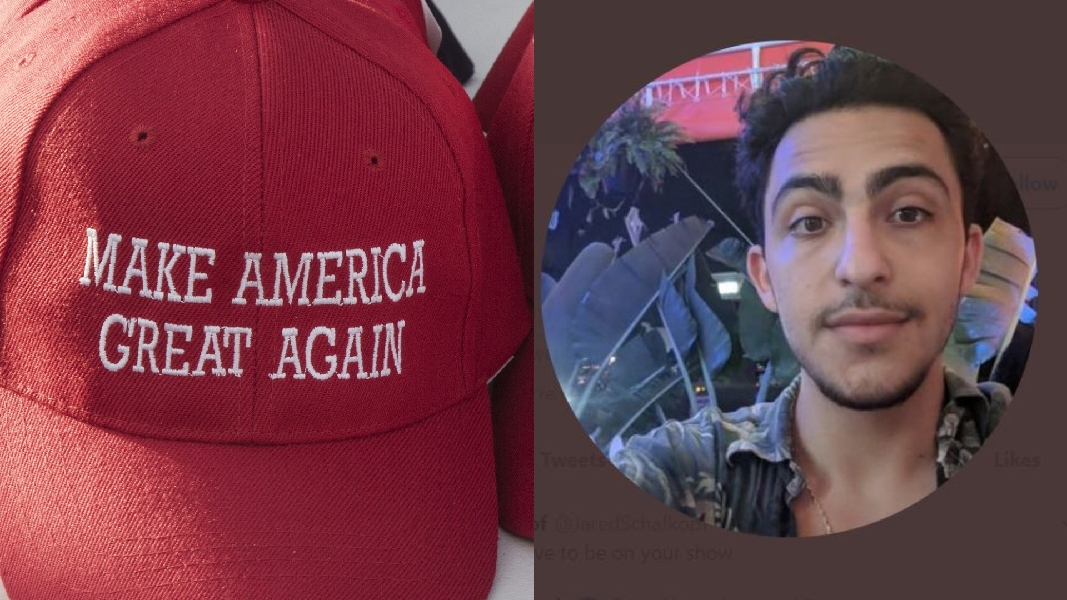 Jared Schafkopf, a student at Indiana University of Pennsylvania, a public university, is facing a criminal felony charge after he recorded a conversation with associate professor of mathematics Rachelle Bouchat.

Schafkopf told Campus Reform in a phone interview Thursday that he went to Bouchat’s office to inquire about what he saw as political discrimination after he says he wore a Make America Great Again hat to her class the previous semester. Schafkopf said he wanted to ask Bouchat to see his final exam she had graded. Schafkopf claims that Bouchat, a "radical left professor," discriminated against him for being a conservative by giving him no credit for entire math problems he answered correctly because he failed to show his work.

Schafkopf said that Bouchat “cared more about enforcing the syllabus and getting off the little power she had than me actually learning the material.” His conversation with Bouchat led to her“freaking out” and then calling the university police. Upon the police’s arrival, the officers asked Bouchat if Schafkopf had threatened or assaulted her, to which she allegedly answered “no” to both questions.

"the left silences and shuts down"

[RELATED: Calif. court sides with prof who claims he was fired for conservative views]

According to the criminal complaint, a copy of which Campus Reform has obtained, Bouchat claimed that “his behavior and demeanor was alarming and intimidating and she feared for her safety as well as her children’s.”

The professor allegedly said the reason she called the police was that Schafkopf had recorded her.

A week after the incident, police came to Schafkopf’s house with a search warrant to seize the electronics he used to record the conversation. Schafkopf notes that this “felt extremely excessive over an alleged recording.” The police proceeded to take his laptop, GoPro camera, and cellphone.

According to Schafkopf, the officers implied that his electronics would be held as evidence unless he gave them access to the content by passing along his usernames and passwords.

Schafkopf said he tried to work with the dean of Bouchat’s department but did not receive any university support.

One dean at IUP allegedly told Schafkopf that he should write an apology letter to Bouchat. Schafkopf said he wrote the letter, apologizing for making her feel “intimidated,” but he claims that “did not help him at all.” In Schafkopf’s first court hearing, he said he used a public defender.

Schafkopf said the judge decided that he should receive two years of Accelerated Rehabilitative Disposition, a program similar to probation, but the public defender rejected the ruling, calling it a “joke.” After twice more rejecting the offer of ARD, Schafkopf said he obtained a private attorney. After the attorney was able to negotiate the charge down to six months, Schafkopf said he planned to accept the deal, but that the court then reversed course, saying it was “two years or nothing."

Schafkopf denied the two years of ARD, resulting in the case now going to trial.

“A felony is no way to start my career," Schafkopf said. "It's absurd that the universities are supposed to get me ready for a career, and it's letting this happen. The left silences and shuts down.”

Indiana University of Pennsylvania and Bouchat did not respond to requests for comment in time for publication.