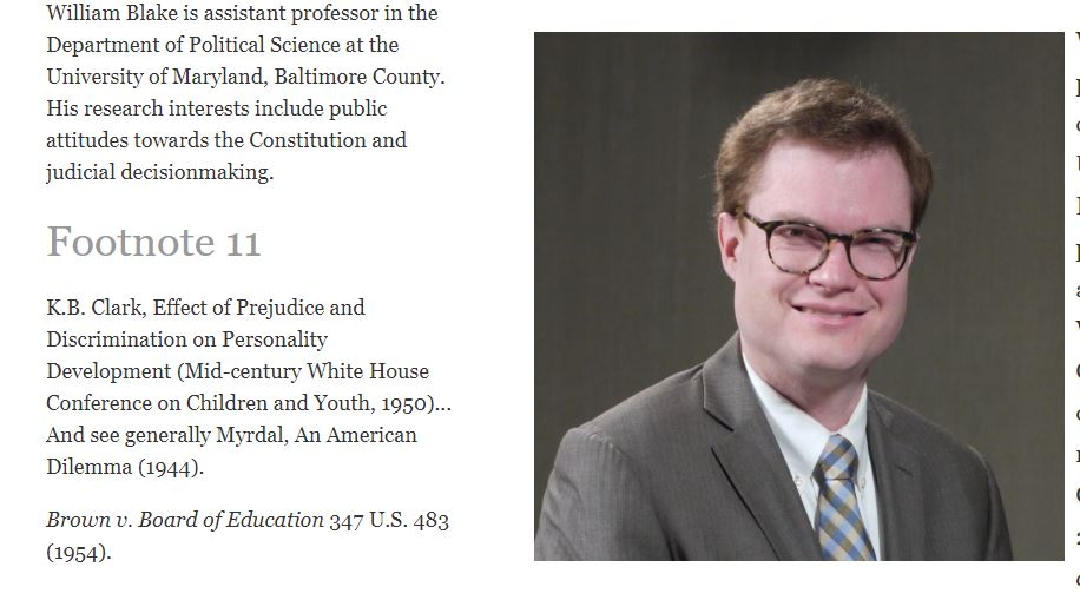 William Blake, assistant professor of political science at the University of Maryland-Baltimore County, wrote in an opinion editorial published by The Conversation that “the founders’ only remaining justification for the electoral college is structural racism.”

Blake claimed that the electoral college was created because the Founding Fathers “did not foresee the development of political parties and campaigns,” and that they believed “voters would not know all the candidates who would be running for president.”

"the Electoral College remains a system born from white supremacy"

Blake wrote that based on his studies, “whiter states consistently wield more electoral power partly because of their population.”

"States with smaller populations have more electoral votes per resident because, no matter how few people they might have, they still get two senators and one House member," Blake said.

While every state does have at least one House of Representatives member, the number of representatives from each state is based on that state's population.

Wyoming ranks 38th in the nation when it comes to cultural diversity, while Alaska and Delaware ranked 13th and 17th, respectively.

The remaining three - Pennsylvania, Illinois, and Ohio - rank 32nd, 12th, and 41st, respectively, when it comes to cultural diversity.

Blake admitted that “the inherent bias isn’t always decisive.” He mentioned that President Donald Trump won Wisconsin in 2016, and while it “is whiter than the average state" it has "slightly less electoral votes per capita than average.”

He argues that the electoral college’s “centuries-old racial bias” could be corrected if smaller states became “larger and more racially diverse.” Until more states experience population changes, Blake says that “the electoral college remains a system born from white supremacy that will likely continue to operate in a racially discriminatory fashion.”

Blake and UMBC did not respond to Campus Reform's request for comment in time for publication.