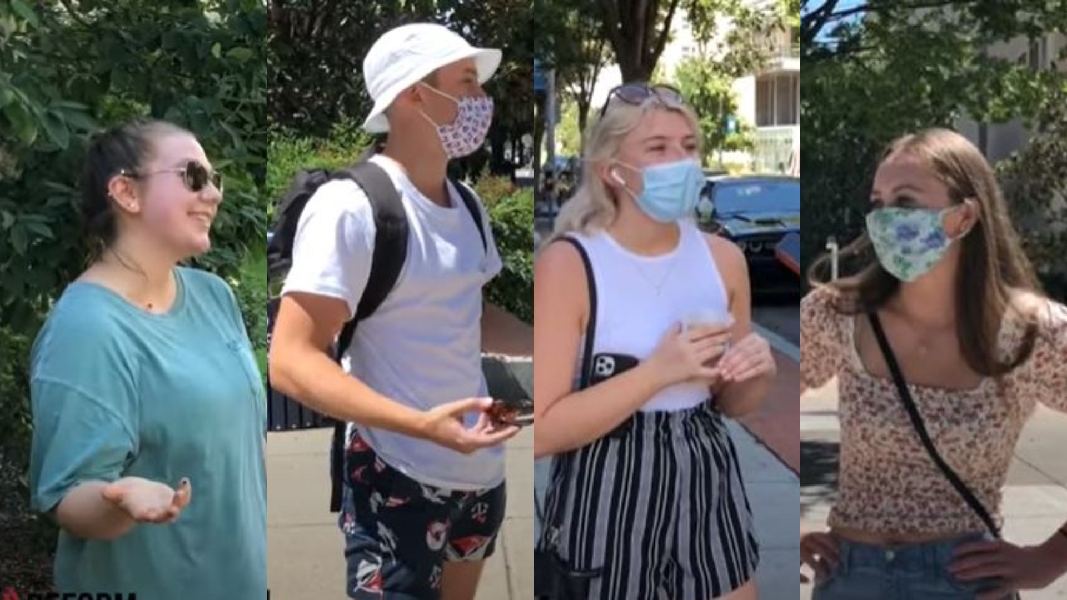 The platform, which includes “free” college tuition, student loan debt forgiveness, and a litany of other far-left demands, was hailed as the most progressive ever. Wanting to know what students thought of the plan, and whether they could think of a single proposal within the plank that belonged to Biden himself, Campus Reform headed to George Washington University in Washington, D.C.

"it all sounded like things I’d heard before from the other candidates, but nothing that was unique to him"

The students there struggled to think of a part of the Democrat platform that had Biden’s fingerprints on it.

“Um, I don’t really know, that is a good question…” one student said.

Another added, “It’s hard to pinpoint what his one thing is at this point.”

One student, who first said the main Biden proposal was “that he’s not Trump” later admitted there was nothing “that I could really put my finger on.”

“Phew, um, I don’t know. I was looking through his platform the other day and it all sounded like things I’d heard before from the other candidates, but nothing that was unique to him,” conceded another.

What would the students, who nearly unanimously stated their intention to vote for Biden in November, say when asked whether he was beholden to the radical progressives within the party?

Watch the full video to find out:

Cabot Phillips works at The Daily Wire. Previously, he was the Editor-In-Chief for Campus Reform. Prior to joining Campus Reform, he spent time working on numerous campaigns—most recently as the Digital Grassroots Director for Marco Rubio’s Presidential bid. Phillips is also a YouTube Partner, creating and starring in numerous videos which have amassed over 70 million views across varying online platforms.  In 2016, Phillips was named to Red Alert Politics "30 Under 30" list of the nation's most influential young conservatives.