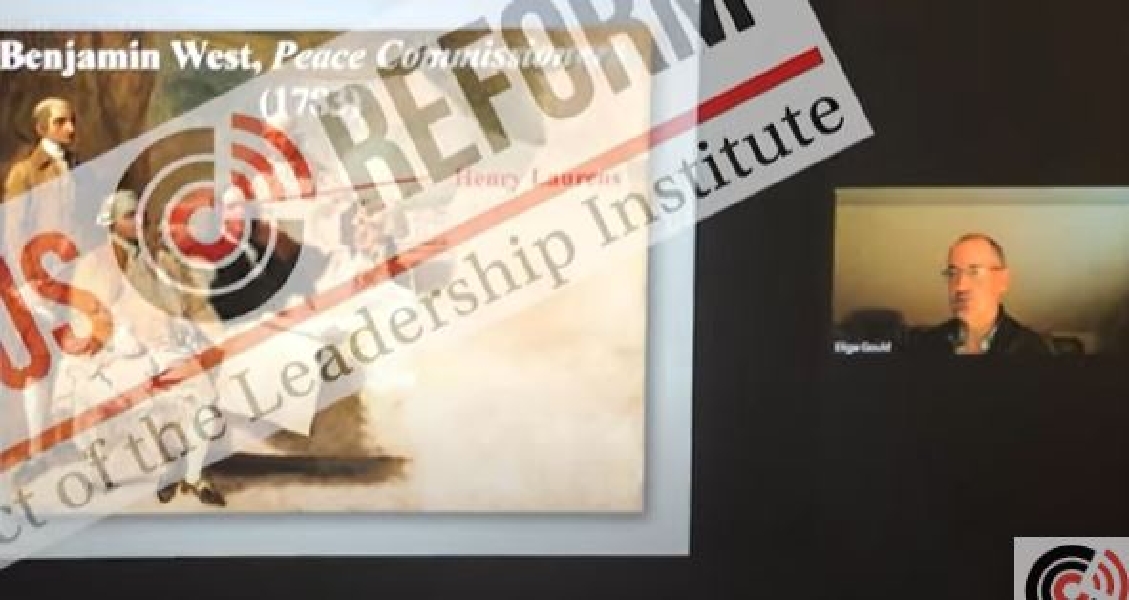 University of New Hampshire Professor Eliga Gould participated in a webinar series at the beginning of the fall semester in which he and other faculty members discussed the New York Times Magazine's 1619 Project. The 1619 project was created by New York Times reporter Nikole Hannah-Jones in 2019, a project that later received a Pulitzer Prize.

As Campus Reform previously covered, the 1619 Project, in which Hannah-Jones made the claim that American colonists sought independence from Great Britain because “they wanted to protect the institution of slavery,” was subject to controversy and criticism from historians and scholars alike.  At the time, Northwestern University history professor Leslie Harris wrote an op-ed for Politico titled, “I Helped Fact-Check the 1619 Project. The Times Ignored Me.”

Like many others, Gould appeared to criticize certain parts of the project in the Zoom discussion.

Gould notes the project claimed in its opening essay, “one of the primary reasons the colonists decided to declare their independence from Britain was because they wanted to protect the institution of slavery."

While Gould said the 1619 Project "was not wrong" to point out that not all Americans were free at the time of the American Revolution, "where the 1619 Project errored...was overlooking or ignoring several very important complications."

Gould said that while "there is truth" in the assertion that, particularly in Southern states, there were a certain number of American patriots who wanted to gain independence from Great Britain to be able to secure the ability to own slaves.

"That, however, is not the whole story," Gould said.

As Gould pointed out, “Slavery had been abolished in Massachusetts and Maine by 1790, so that complicates the 1619 story."

He went on to discuss the indentured servitude of not only African Americans but also White people during the 1700s. Gould noted that “the story of the Black loyalists has come to serve rightly so as Exhibit A in the case against narratives that depict the American revolution as the founding of an exceptionally free democracy unlike any the world had ever known to paraphrase the title of a book by the historian Gordan Wood that won the Pulitzer prize nearly 30 years ago."

Hannah-Jones told Campus Reform, that while she has a “deep respect for Prof. Gould,” there is “an infinite number of things we could have talked about in a 40,000-word project that spanned 400 years of history...We, like any journalist or historian, made choices. The 1619 Project is about African slavery in America. White indentured servants, by definition, were not enslaved.”

Campus Reform reached out to Gould and the UNH for comment but did not hear back in time for publication.

Ashley Carnahan is a California Campus Correspondent with Campus Reform. She is student at the University of California Berkeley, Haas School of Business, majoring in Business Administration with a minor in Russian. Ashley is also a member of Berkeley's Turning Point USA chapter.