VIDEO: Students say Obama, but not Trump, deserving of Nobel Peace Prize. They have no idea why. 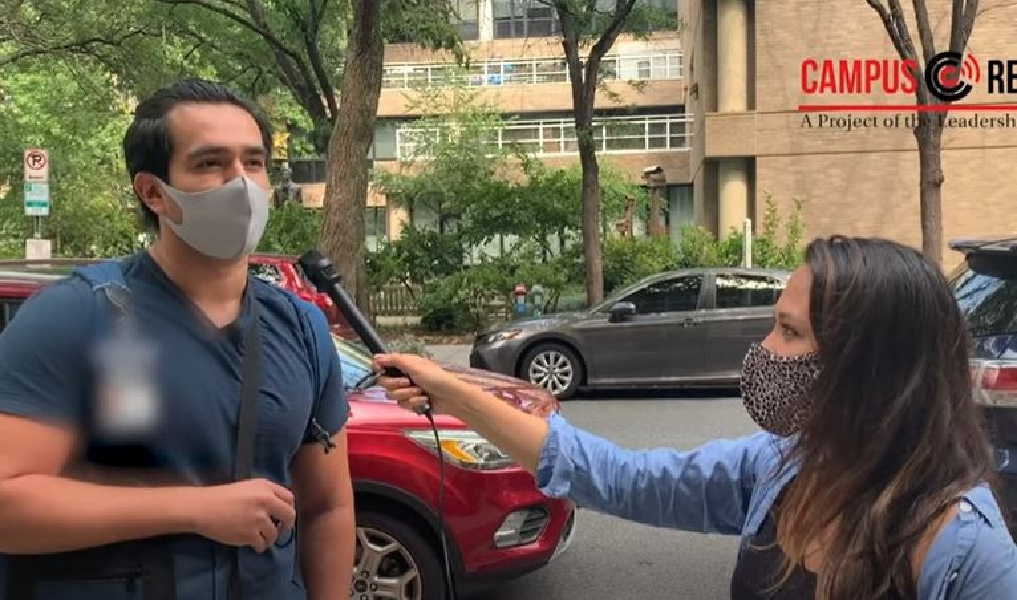 One nomination was for brokering an Israel-United Arab Emirates peace deal. Later, Bahrain joined the UAE as the second Gulf nation to normalize relations with Israel in an effort to promote peace in the region. The other nomination was from a member of the Swedish parliament for the Serbia-Kosovo deal, where the long time adversaries agreed to cooperate in regards to economic relations.

Trump was also nominated in 2018 for his denuclearization efforts in North Korea, but he did not win. In 2009, then-President Barack Obama won the Nobel Peace Prize just nine months after being elected.

The majority said no.

“I don’t think Trump and peace belong in the same sentence," one woman said.

“I was surprised he got nominated,” said another. “That is kind of wrong.”

However, when students were informed of why he was nominated, some changed their tunes.

“I have to give the guy credit,” said one young man who initially said Trump was undeserving. “He’s smart, like, when it comes to, like, making deals.”

Another person who did not think he deserved it said, “Obviously, it’s a very good thing for our country and theirs as well, but I’m not very fond of him.” One young man, who also was not a fan of Trump, turned to say, “If positive things is happening in the world, he should be awarded, even if it is by a person who did bad.”

Campus Reform then asked students if they felt Obama deserved the Nobel Peace Prize, to which they overwhelmingly answered yes.

However, no one was able to name an achievement they felt made him worthy of the award.

One young lady cited his family life and rhetoric while another student said, “it just seemed more at peace.”

When students were challenged on Obama’s controversial record in the Middle East, Campus Reform received a wide array of responses including “no president is perfect” and “maybe President Obama shouldn’t have been awarded.”

However, the majority of students agreed that, in their opinion, there is nothing Trump could do to make him worthy of the honor.

Jezzamine Wolk is a reporter for Campus Reform. Prior to taking on her current position, Jezzamine worked for Fox News Channel. During her time at Fox, she served as an Associate Producer for Fox & Friends First, a Primetime Booking Producer for the Story with Martha MacCallum and wrote for Foxnews.com.