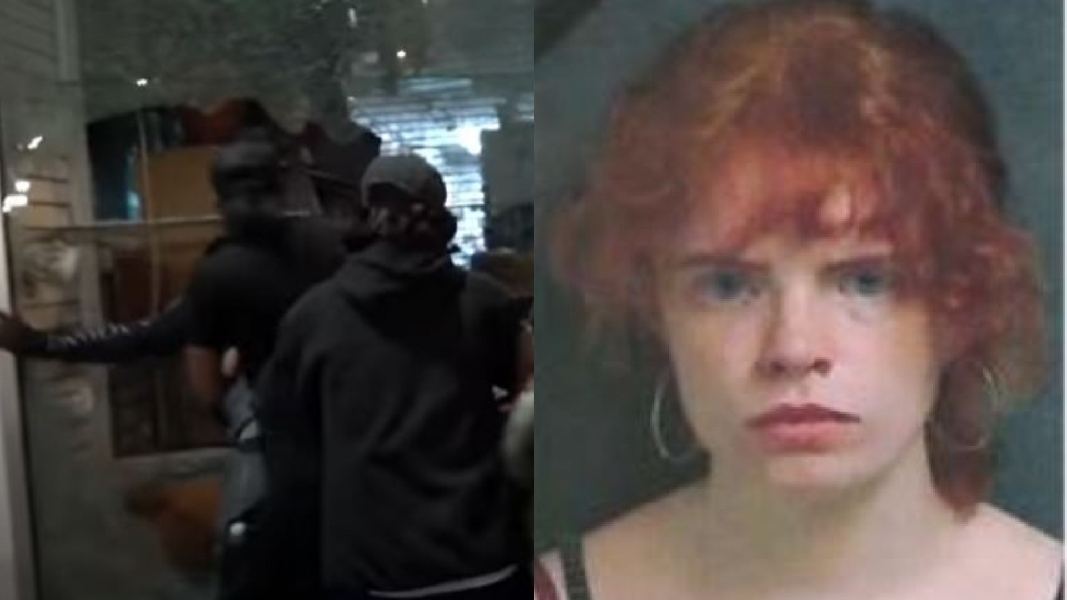 A 20-year-old New York woman reported to be a Rice University student and the daughter of a Columbia University professor was among the individuals arrested in early September for rioting. According to the New York Post, Clara Kraebber, a member of the Rice Young Democrats, was arrested in New York City in connection to a riot that caused $100,000 in property damage.

The Post reported that Kraebber is facing felony rioting and misdemeanor graffiti charges and up to four years in prison after participating in a three-hour demonstration. The rioters reportedly chanted, “Every city, every town, burn the precinct to the ground!”

“This girl should be the poster child for white privilege, growing up on the Upper East Side and another home in Connecticut.”

According to the Post, Kraebber’s family owns a $1.8 million apartment on East End Avenue and a 1730 home in Connecticut.

“This is the height of hypocrisy,” a law enforcement officer who was at the scene told the New York Post. “This girl should be the poster child for white privilege, growing up on the Upper East Side and another home in Connecticut.”

The officer continued, “I wonder how her rich parents feel about their daughter. How would they feel if they graffitied their townhouse?”

According to the Post, Kraebber's mother, Virginia Kindred, is the owner of Kindred Arch.Works, a "woman owned architectural design practice with offices in New York City and Cornwall, Connecticut," and her father, Dr. Markus Kraebber, is an Assistant Clinical Professor of Psychiatry at Columbia University.

In 2018, Kraebber worked on Beto O’Rourke’s campaign against Sen. Ted Cruz as a member of the Rice Young Democrats, the Post reported.

J.J. Martinez, Director of Communications for the Texas College Democrats, would not confirm to Campus Reform if Kraebber was a member of the organization, but added, “we unapologetically say that Black lives matter.”

Texas Federation of College Republicans Chairman Collin Pruett responded to the incident, telling Campus Reform, “The Democratic Party has turned to third world street thuggery to try to intimidate the electorate. Re-electing President Trump is now not only a policy imperative, but a necessity to reject a hostile Marxist takeover of our cities.”

This is not Kraebber’s first involvement in the BLM movement. In 2014, Kraebber explained to the New York Times why she attended a rally in support of Michael Brown: “We don’t have much political power right now, being youths, but this is something we can do.”

Kraebber was also interviewed by Rolling Stone in connection to a New York protest in June.

Kraebber and her family did not respond to requests for comment in time for publication.

Wyatt Eichholz is an Alabama Campus Correspondent, reporting liberal bias and abuse on college campuses. He is a student at the University of Alabama studying Economics. Wyatt is also involved in the Young Americans for Freedom chapter on campus and regularly attends RUF events. Last summer, Wyatt attended Generation Joshua’s Statecraft camp in Virginia and had the incredible opportunity to meet Vice President Pence.