Peter Hasson Associate Editor of The Daily Caller @peterjhasson on Nov 04, 2015 at 8:32 AM EDT 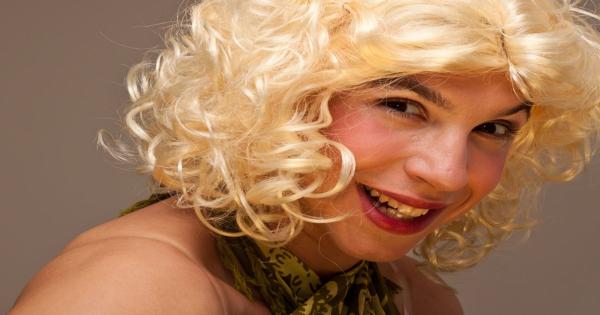 The University of Wisconsin-Milwaukee is offering “voice feminization therapy” for male students claiming to be transgender women.

Michelle Johnson, the Media Content Manager at UWM, told Campus Reform that the school provides the voice feminization therapy “in compliance with nondiscrimination policies established by the university and the American Speech Language Hearing Association.”

The university also has over 50 “gender inclusive” restrooms on campus and guarantees students “the right” to use any bathroom they please. Transgender students are encouraged not to “feel limited to using gender inclusive ones alone.” Students using recreation center locker rooms are similarly encouraged to use whichever lockers rooms “align most with their gender identity and comfort levels.”

Johnson told Campus Reform that the university “provides a supportive, inclusive environment in which all students have the opportunity to be successful.” She also noted that the school’s nondiscrimination policy establishes a “safe environment for students regardless of gender identity.” Johnson also said to date, the university has not received any complaints about its bathroom policies.

In addition to its “transitioning” guide, the university website contains a “Coming Out as Transgender Guide” which includes advice for students “coming out” to their own parents or even their own children.

Additionally, the university tells its students who might have kids of their own that “[it’s] important to let your children explore their gender without trying to change or pressure them toward one gender expression.”

The university admits that “this may prove difficult” because students’ children may “refuse to wear the school uniform for their sex assigned at birth,” which the university claims “may be more than small refusals,” apparently indicating a child’s transgenderness.

The University also states as fact that “there is no ‘cure’ for transgender people,” claiming that “[t]he most reputable medical and psychotherapeutic groups” encourage being “true to your gender identity” (as opposed to being true to your biology).

Campus Reform has previously reported that according to UWM, “kissing sounds” constitute sexual harassment and the words “lame,” “trash,” “third world,” and “politically correct” are microaggressions.

Peter Hasson is the Associate Editor for The Daily Caller. In the past, Peter worked as a Campus Correspondent, exposing liberal bias around the country while attending the University of Dallas. His work has been featured by Fox News, Hot Air, and The Drudge Report, among others. In addition to his work with Campus Reform, Peter has also previously written for The Federalist, Collegiate Network Newslink, and the Dallas Morning News.