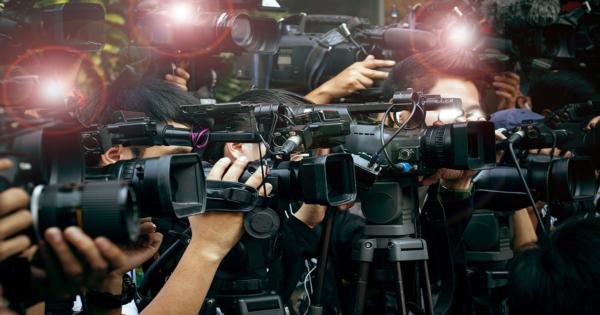 A Missouri state representative is sponsoring legislation designed to ensure that student journalists are free to do their jobs without interference from faculty or administrators.

The Cronkite New Voices Act, introduced Wednesday by Republican State Rep. Elijah Haahr, would require all public school districts in the state to adopt written policies guaranteeing freedom of expression for student journalists—even those associated with a school-sponsored publication—though it does include exceptions for cases of libel/slander, invasion of privacy, or the violation of state or federal laws, and also allows schools to maintain limitations on the use of language that may be defined as profane, harassing, threatening, or intimidating.

“My hope is that we can reestablish Missouri as a place that supports the freedom of the press..."

“A student journalist has the right to exercise freedom of speech and of the press in school-sponsored media, regardless of whether the media is supported financially by the school district or by use of facilities of the school district or produced in conjunction with a class in which the student is enrolled,” the bill states.

The term “student journalist” is defined broadly to include any student who “gathers, compiles, writes, edits, photographs, records, or prepares information for dissemination in school-sponsored media,” and applies to students at every level of schooling, from elementary to college.

Moreover, the act even includes protections for students operating outside the domain of school-sponsored publications, stating that “a school district shall not sanction a student operating as an independent journalist,” which Haahr explained is intended to exempt any statements made outside the district’s auspices, even those listed as exceptions for journalists working for school-sponsored publications.

[RELATED: Only 5% of Mizzou faculty support prof involved in protests]

Haahr told Campus Reform that he modeled his bill after a law that was passed last year in North Dakota, at the suggestion of one of his constituents who is a professor at Missouri State University, but adapted it to address issues that arose in relation to the racial unrest that gripped college campuses in Missouri last Fall.

Like the North Dakota bill, Haahr’s proposal is designed to circumvent Supreme Court rulings in both the 1988 Hazelwood School District v. Kuhlmeiercase that deemed student publications to be “limited public forums” subject to censorship by the schools that sponsor them, as well as the subsequent 2005 Hosty v. Carter case that expanded that precedent to include higher education.

During the drafting process, however, Haahr was given another reason to push forward with the bill, when a communications professor at the University of Missouri was caught on video calling for “muscle” to help remove a student journalist attempting to cover the racial protests that convulsed the campus in August.

“One thing we want to make sure of is that the professors who are teaching young people to be journalists are not in any way over-stepping their bounds or preventing students from publishing articles,” Haahr told Campus Reform, adding that the Mizzou incident “definitely factored into our thinking.”

Haahr declined to offer a prognosis on his bill’s chances of becoming law, noting that “we’re at the very beginning of the process, and a lot depends on how fast or slow other pieces of legislation move,” but did say he is “excited about having the conversation,” even if the process ends up stretching beyond this year.

Already, though, several journalism associations in the state have indicated that they will support the bill, and Haahr mentioned that he might have another card up his sleeve, as well.

“I’ve been in contact with Kathy Kuhlmeier Frey, the lead plaintiff in the Hazelwood v. Kuhlmeier case, and she might come out and testify in favor of the bill,” he told Campus Reform. “She reached out to say she is supportive of the bill, and I encouraged her to come out and participate in the process.”