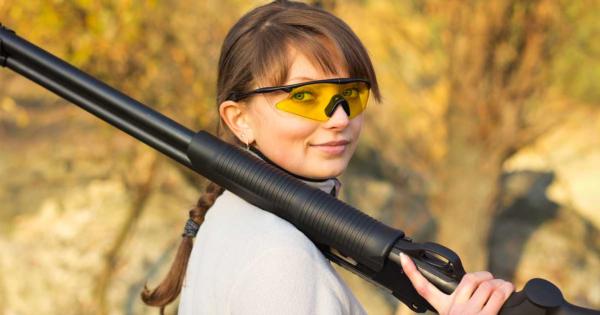 Simpson College in Iowa is standing by its decision to hire a full-time coach for its popular Shooting Sports Club despite resistance from a handful of alumni who oppose guns on campus.

The private college expects to offer the job to a candidate “in the next few days” following a vote by the Board of Trustees to reaffirm the hiring in response to competing petitions that have arisen over the issue, according to The Des Moines Register. However, in deference to opponents’ concerns, the school will also ensure that the shooting club takes adequate safety precautions.

"The anti-gun organizations...have decided [to] stigmatize organizations, because that's a lot easier than criticizing safe activities."

“Trustees agreed that Simpson’s program is consistent with similar programs at the University of Iowa, Iowa State, and many of Iowa’s community colleges,” college President Jay Simmons said in a statement. “As part of its decision to continue the five-year-old program, trustees directed the college’s administration to review the location for equipment storage; to review policies for accepting gifts in support of the program; and to review procedures for screening potential participants.”

The review was triggered by an online petition started on January 27 by Rev. Rebecca Bentzinger, a 1977 graduate, which expressed “grave concern for the establishment of a Shooting Program with a full time Shooting Coach at Simpson” and demanded not only that the decision be reversed, but that the shooting program be disbanded altogether.

As of Tuesday afternoon, the petition had attracted 192 signatures, including those of former Iowa U.S. Senator John Culver (D) and his wife.

“Following staff layoffs and recent shootings and deaths in educational settings, the decision for a Shooting Program seems out of touch for a school that seeks to foster a close relationship with its founding entity, the United Methodist Church,” the petition states, adding that the signatories “find it disturbing that Simpson has accepted a $10,000 grant from the National Shooting Sports Foundation, a lobbying entity to support manufacturers of weapons and ammunition.”

Accepting the grant, the petition asserts, is “anything but neutral,” because the NSSF sponsors activities that “include NRA appreciation events.”

Moreover, the alumni express concern that the liability from even a single incident related to the club “could be devastating,” saying that “assurances of the security of the weapons does [sic] not help with our belief that weapons of any sort do not belong on the campus of Simpson College.”

Indeed, while the signers say they do not necessarily object to students using firearms off campus at a shooting range, they go so far as to say that “the housing of weapons on campus and Simpson’s money going to this endeavor is insulting to many of us who paid or are paying tuition and give our money to the Simpson Fund.”

A competing petition surfaced on February 1 to defend the club, however, and almost immediately eclipsed the number of signatures garnered by the original complaint, ending its first day with over 500. As of Tuesday afternoon, the counter-petition had 2,305 signatures and 822 comments.

Moreover, the petition strongly emphasizes that the club is committed to “safe and responsible participation in the shooting sports,” and educates its members on how to properly handle and care for a firearm.

Mike Bazinet, public affairs director for the National Shooting Sports Foundation, told The Des Moines Register that it is important to maintain the distinction between organized shooting sports and criminal activities like mass shootings, noting that gun clubs have a long history on America’s college campuses, and that events such as trap shooting are even Olympic sports.

“The anti-gun organizations or individuals have decided what they need to do is stigmatize organizations, because that's a lot easier than criticizing safe activities,” he said. “It is largely a politically driven argument.”

Bentzinger, though, denied that her original petition had anything to do with the Second Amendment in a statement, according to WHOTV, saying it “is solely concerned with the best for Simpson College, its students, alums, friends and faculty.”

President Simmons addressed that angle in his official statement, writing that while the college is “grateful” for the passion and interest evinced by the alums, the administration disagrees not only with their assessment that a Shooting Sports Club violates tenets of the United Methodist Church, but also with their claims that it poses a significant safety hazard.

“Given the fact the same program is available at 150 colleges and universities including Harvard, Yale, Middlebury and a half dozen other United Methodist-affiliated colleges, we decided there was no real conflict,” he remarked, adding that “what we are talking about is a very controlled environment, where the equipment is stored off any of the academic areas of the campus and any of the residential areas of the campus.”