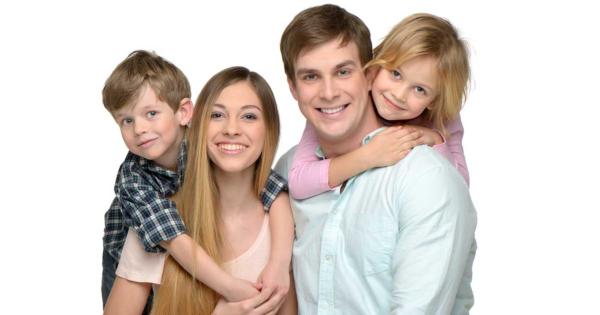 According to The Seattle Times, the protesters are demanding a revised curriculum that “decentralizes Whiteness [sic],” additional faculty and staff “from diverse backgrounds,” and mandatory “anti-racism” training for all faculty members, in addition to vowing that they will remain in place until Dean Jodi Kelly resigns.

Students at MRC want a curriculum that "decentralizes Whiteness."

The students, who refer to themselves as the “MRC Student Coalition,” also started an online petition to coincide with the sit-in that outlines their demands in great detail, but neglects to specify the root of their grievances.

“Dissatisfaction, traumatization, and boredom are realities within our collective MRC experiences, as well as being ridiculed, traumatized, othered [sic], tokenized, and pathologized,” the petition complains, asserting that “these experiences have been profoundly damaging and erasing, with lasting effects on our mental and emotional well-being.”

MRC was established in 1975 through a collaboration between two Jesuit institutions, Seattle University and Seattle Preparatory School (other Catholic high schools have since joined), and combines high school and university courses into a single Humanities program, allowing students to earn both degrees in just six or seven years, as opposed to the traditional eight years, with the option of adding a specialty in either leadership or teaching.

“Humanity is defined as the human race, and as such studies in humanity must be about human beings collectively,” they argue. “We are diverse, with many different life experiences, also shaped by colonization, U.S. and Western imperialism, neo-liberal politics, and oppression under racist, sexist, classist, heteronormative and homophobic, trans*phobic, queerphobic, ableist, nationalistic, xenophobic systems, which perpetuate conquest, genocide of indigenous peoples, and pervasive systemic inequities.”

Other courses, though, take a broader perspective, such as HUMT 380, which involves the study of “a contemporary ‘foreign’ nation or culture in Asia, Africa, Latin America, or the Middle East,” and HUMT 400, which seeks to “engage students in social and cultural issues of the contemporary world, with special attention to local expressions of these issues.”

Even so, the student petitioners maintain that the current curricular balance “does not reflect the kind of education we expected nor [sic] want,” and demand that the pedagogy be revised to create a curriculum that “decentralizes Whiteness and has a critical focus on the evolution of systems of oppression such as racism, capitalism, colonialism, etc., highlighting the art, histories, theologies, political philosophies, and socio-cultural transformation of Western and non-Western societies.”

Moreover, the students want “staff from marginalized backgrounds, especially professors of color and queer professors,” to prepare the new courses in conjunction with the Women and Gender Studies, Sociology, Social Work, Political Science, and Psychology departments at Seattle University.

The new curriculum, they claim, will prepare students “to work for social change in nonprofit, for profit, governmental, and grassroots settings” by “radically [reinterpreting] what it means to educate teachers and leaders for a just and humane world.”

The petition then goes on to bemoan the fact that “professors lack the skill set needed to address and challenge microaggressions in the classroom,” positing that the deficiency can only be addressed by requiring all faculty members to undergo “anti-racist” training and hiring more professors from diverse backgrounds.

Claiming that the current administration has failed to take their concerns seriously, the students also insist on “an external, student-driven review of the leadership of the college,” as well as the creation of “a safe environment” on campus for them to air their grievances.

Finally, the petition concludes by commanding MRC to distance itself from its Catholic identity in the interest of promoting diversity, while at the same time abstaining from “using the bodies of students of color to advertise diversity” because “the objectification of these students is an egregious expression of the racism endemic in our college.”

A spokesperson for MRC told The Seattle Times that administrators have been meeting with the student activists in recent weeks, and have already agreed to act on many of their demands, offering in a written statement to conduct a comprehensive curricular review, hire a consultant to assess the school’s climate, and institute cultural competency trainings.

The students, however, declare that they are done conversing about their grievances, the process being too emotionally draining, and insist that it is now the responsibility of MRC administrators to educate themselves on the matter.

“Students have repeatedly expressed and recorded specific examples of oppression in regards to our experiences in the College,” they note with a sense of exasperation. “However, the retelling of these experiences can be triggering and emotionally exhausting; in order to ensure the emotional and mental health of your students, please self-educate and refer to pre[-]existing records.”

At press time, the petition had received 436 signatures over the course of about two days, though many of those were from individuals outside the MRC community, according to comments left on the page.