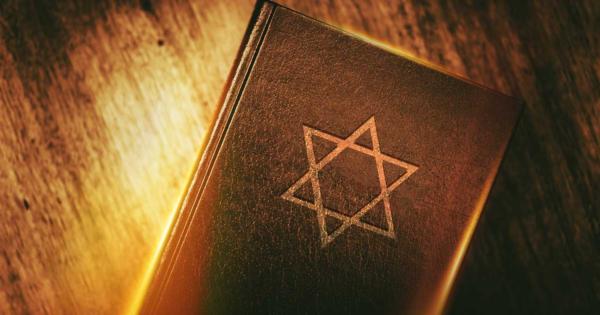 The University of California, Irvine (UCI) condemned the latest incident of harassment and intimidation against Jewish students on its campus but refused to acknowledge a widespread problem of anti-Semitism.

Last week, a group of Jewish students at UCI was effectively held hostage by a hostile mob purportedly consisting of Muslim students organized by Students for Justice in Palestine (SJP), who surrounded the Jewish students as they chanted “Intifada, Intifada, long live the Intifada.”

"Chancellor Gillman knowingly speaks untruths when he claims that there is no anti-Semitic and anti-Zionism problem at UCI."

In response, the AMCHA Initiative and 36 other Jewish and civil rights advocacy groups sent an open letter to UCI’s administration condemning the incident and calling for an appropriate response to the school’s “long-standing and pervasive problem of anti-Semitic anti-Zionism that has incited hatred of Jews and acts of aggression and violence against Jewish and pro-Israel students.”

In the letter, the groups call on Chancellor Howard Gillman to “immediately implement” a recently-passed statement against intolerance—a motion approved by the Board of Regents in March, which, for the first time in UCI’s history, explicitly condemns anti-Semitic forms of anti-Zionism.

Gillman later issued a response to the AMCHA Initiative, a copy of which was obtained by Campus Reform, condemning the latest incident of anti-Semitism but refusing to acknowledge any sort of deep-seated or historical problem of Jew-hatred on his campus.

“I assure you that we are taking the May 18 incident very seriously,” he writes before saying he would like to “address [AMCHA’s] statement that there is a ‘long-standing and pervasive problem of anti-Semitic anti-Zionism’ on our campus.”

“The people who know us best—virtually all members of our tremendous Jewish student body, the leaders of our local Hillel and Chabad chapters, and our community partners such as the Jewish Federation and Family Services of Orange County and the Rose Project would disagree with this characterization,” he continues, even saying his school is “consistently praised for [its] efforts at creating an outstanding environment for [its] Jewish students,” even though watchdog organizations have listed a number of anti-Semitic events on campus for years.

The Anti-Defamation League (ADL) reported its first instance of anti-Semitism at UCI in February 2001 when a guest speaker said Jews are “blind, deaf, and dumb,” before complaining that “if it is against a gentile, it is not objectionable; but anything that happens against a Jew becomes a Holocaust.”

ADL credits UCI with at least 19 other instances of blatant anti-Semitism, including a “Holocaust Memorial Week” hosted by the school’s Muslim Student Union (MSU), which discredited the Jewish Holocaust as “small potatoes” in comparison to other social injustices.

Additionally, ADL reports that MSU hosts an annual event every spring “with some of the most anti-Semitic speakers” and has been doing so for nearly ten years. This year, the MSU erected a makeshift shrine to known terrorists in the middle of campus right when Jewish students were honoring their ancestors during Holocaust Remembrance Day.

The AMCHA Initiative provides an even more detailed history of UCI’s anti-Semitic activity, deeming an anti-Semitic incident one that “contained language or imagery that used one or more of eight tropes included in the U.S. State Department definition of antisemitism.”

AMCHA reports nine incidents of anti-Semitism in the last year alone, two of which occurred in the last month.

Further, a professor at the UCI Extension, Gary Fouse, has dedicated a significant portion of his blog to tracking anti-Semitic incidents at UCI and other UC campuses, dating all the way back to 2007.

“As a gentile who for several years has been closely involved in observing rising anti-Semitism not only at UCI, but on other UC campuses, I ask why Jewish students do not get this kind of concern when, year after year, these anti-Israel events come to our campus,” he wrote recently.

Finally, a local anti-Semitism task force formed in Orange County with the explicit task of tracking anti-Semitism at UCI and has reported dozens of incidents since at least 2009.

“It definitely upset the Jewish community to see Holocaust imagery used against the state of Israel, and like Prof. Fouse said, nobody really talks about it,” Shirelle Chalamish, Executive Board member of UCI’s Students Supporting Israel, (SSI) told Campus Reform. “This is morally offensive; this is making people feel alienated for belonging to a certain class.”

President of the College Republicans, Ariana Rowlands, who works closely with SSI, expressed similar concerns and criticized Gillman for painting a false picture in order to “maintain appearances.”

“Chancellor Gillman knowingly speaks untruths when he claims that there is no anti-Semitic and anti-Zionism problem at UCI and that the problem is not long-standing and pervasive,” she told Campus reform. “Jewish groups on campus have been chronically targeted; you need only to look at the history of anti-Semitic and anti-Zionist activities and events on campus to know that this is true.

“Chancellor Gillman is guilty of prolonging this intolerant behavior and dangerous ideology because he cannot even acknowledge that a problem exists. Instead of addressing the problems that are very real and pervasive, he would like to continue with the false narrative that UCI has an inclusive and safe campus climate to maintain appearances. This is unacceptable in all forms,” she concluded.

The school’s Hillel chapter, however, took issue with Campus Reform’s initial reporting of the story, saying there are “several critical inaccuracies,” but only specifying minor semantic distinctions concerning whether the event was “shut down” and whether students were “forced to retreat.”

Hillel also contacted Campus Reform directly with its concerns, and Campus Reform agreed to minor revisions clarifying that the event was “disrupted” but allowed to continue. Upon the publication of Hillel’s statement later that day, though, several individuals familiar with the situation contacted Campus Reform to object that the organization’s description is largely contradicted by the available video evidence and eyewitness accounts.

In fact, Hillel has put forth two separate narratives of the event, first saying that “the Jewish students were not in any way forced to retreat,” but later condemning the “attempt that night by an aggressive, screaming mob to force its way into a room of Jewish students, and the pursuit of a Jewish student that forced her to hide in the dark in terror,” the Orange County Independent Task Force on Anti-Semitism points out.

Fouse, who has carefully tracked Hillel’s activity at UCI, has his own theory about the event, arguing that the organization is covering up instances of anti-Semitism in order to maintain UCI's appeal to Jewish students.

“Hillel at UCI and the OC Jewish Federation, along with their money arm, the Rose Project, have a long history of being in bed with the university and downplaying any act of anti-Semitism at UCI, which has been documented on this site for years,” he wrote. “In my opinion, they have a conflict of interest in that if Jewish students decide not to attend UCI because of its perceived reputation for anti-Semitism then they have no reason for being involved on campus.”

Fouse also told Campus Reform that he thinks Orange County Hillel encourages its students to stand down from intimidation. A few students who Campus Reform initially contacted have either ignored or declined requests for comment after initial publication.

Campus Reform reached out to the executive director of the Hillel Foundation of Orange County, Lisa Armony, who noted that anti-Semitism can be a problem on many campuses, not just UCI. Additionally, she argued that although isolated groups on campus do espouse anti-Semitic sentiments, that does not make the university as a whole anti-Semitic.

When asked about the media attention this incident has been receiving, Armony explained that some students are worried it could discourage their younger Jewish peers from gravitating towards UCI.

“I think that students are concerned that this media attention is putting a spotlight on UCI that would discourage Jewish students from attending UCI,” she said. “They’re hopeful that this incident, though egregious … [that] that media attention will not discourage people from coming to UCI and people will take the time to understand what is happening on the ground.”