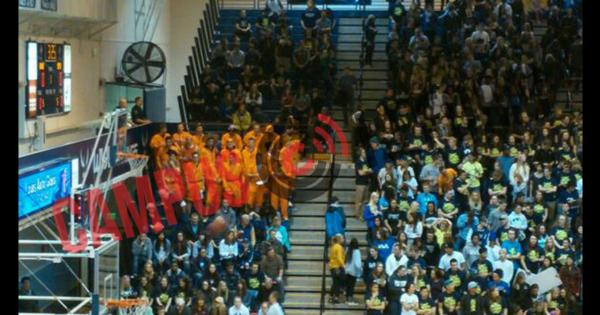 A social justice warrior-blogger has claimed that school spirit clubs at Seattle Pacific University (SPU) are part of a larger culture of racism plaguing Christian colleges across the US.

Dae Shik Kim Hawkins Jr. argues in a recent blog post that old white men hold all of the power in changing the racist culture of American colleges, saying he worked for the SPU Multi-Ethnic Programs for one year, where he advised minority students who felt unwelcome at the small Christian school located in Seattle, Washington.

“Many of us POC [people of color] know that Christians can be the most racist people in America.”

The SPU website states that in the fall semester of 2015, 36 percent of the 4,175 students were classified as minorities.

Hawkins believes SPU is not living up to its motto to “Engage the Culture and Change the World,” claiming that SPU disrespects minority students, even though the Multi-Ethnic Programs department offers minority students club memberships and scholarships.

At SPU, he asserts, “a student of color will experience racism, discrimination, lack of resources, isolation, social dislocation, emotional stability, and many other things, due to the color of their skin.”

To demonstrate his point, Hawkins posts yearbook photos of a group called “The Orange Men,” a male residence hall club that dresses in orange jumpsuits and acts as a fan club for the SPU Falcons basketball team.

While he was at SPU, Hawkins recalls that minority students who had been “traumatized by our country’s prison system” periodically came to him seeking counsel due to the presence of the Orange Men at SPU.

In one recent example, he reports that the club marched across campus mocking the Black Lives Matter movement with a chant of “Orange Lives Matter!”

The SPU website gives a radically different perspective, however, touting the Orange Men to incoming students as a positive campus tradition, while an African-American student and scholarship recipient featured on the Multi-Ethnic Program website says that he loves the friendly atmosphere on campus and is an Orange Man himself.

In addition to the Orange Men, Hawkins also posts photos of young men with painted faces that he called “The Tribe,” describing it as a club that mocks Native Americans by donning body paint and taking bare-chested photos. Hawkins alleges that this group pressures students to join its activities, creating a mob mentality that minority students struggle to fit into.

Hawkins believes that such “racist” residence hall and floor traditions were created at SPU because the school didn’t have fraternities and sororities to promote socialization, adding that during his tenure, minority students often skipped basketball games and/or lived up to 90 minutes from campus in order to avoid discomfort due to the traditions.

“If you think things would be different because SPU is a Christian school reflecting Christian values, you’re wrong,” Hawkins writes. “Many of us POC [people of color] know that Christians can be the most racist people in America.”

Hawkins even goes so far as to charge that exploitation of minority students was accepted by university leadership.

“SPU is like most of white America, willing to acknowledge the ‘other’ only to the point of exploitation,” he contends. “They will take POC’s culture, food, clothing, stories, and slap them on a prospective student pamphlet until their cultures are fully appropriated.”

Being of Korean and African-American heritage himself, Hawkins feels that helping minority students at SPU and elsewhere is impossible without transferring the power in education from old white men to people of color.

So, he quit his job.

“If anyone can erase all the lines that were made to ‘box in’ people who are different from the dominant culture, it is only the oppressed who have the credentials of experience and wisdom to do so,” Hawkins concludes.