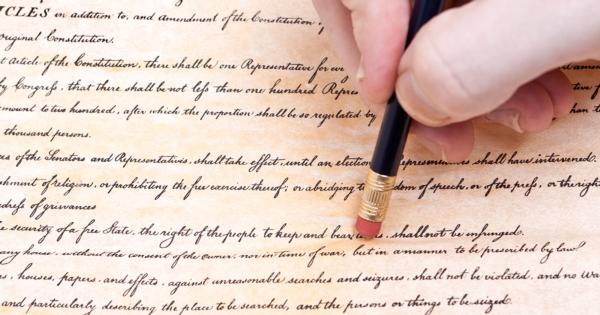 A campus-wide survey reveals that University of Tennessee faculty members strongly oppose campus carry, with many calling it the most “idiotic” “unacceptable” “crazy talk” they have ever seen come out of the state legislature.

The “UTK Guns on Campus Poll” was administered in April by the school’s faculty senate while Tennessee lawmakers were considering the passage of a bill that would allow faculty and staff with concealed carry permits to exercise their rights on campus—a bill that became law in May after Gov. Bill Haslam withheld his signature.

“All statistics support the simple fact—when there is a gun, chances of it killing someone increases irrespective of good or bad intent.”

The percentage of professors who responded positively to the bill was shockingly low, with only six percent saying they strongly agree that it would make the campus a safer place. Meanwhile, close to 90 percent strongly disagreed, with 20 percent even saying they would consider resigning if the bill were to pass.

Comments left on the anonymous survey reveal an alarming hostility towards campus carry measures and, in some cases, the Second Amendment in general.

“I think these legislators need to get their heads examined rather than spending tax payers [sic] money for these kinds of laws. The [S]econd [A]mendment should be nullified. No other industrial and even third world country in the world has such [an] amendment in their constitution,” one professor argued.

Another put forth the popular anti-gun argument that the Second Amendment only pertains to organized militias, and that any other sort of broad application is unconstitutional.

“Certainly the [S]econd [A]mendment, which is specifically talking about the maintenance of an organized militia, is being stretched to the point of absurdity by laws like the one proposed,” a different professor wrote.

Others encouraged their legislators to migrate to Texas, “where like-minded people await them,” and bashed the intellectual capacity of conservative lawmakers.

“If legislators wish to live in a state where they can carry a concealed weapon on a university campus, they would do well to move to Texas where many like-minded people await them and the overall intellectual capital of our legislature would increase by their absence,” one commented.

Some called the bill an “idea composed by ideological twits,” saying “you can’t be serious” and “this is appalling, dangerous, completely uninformed, and very shortsighted.”

Another authoritatively declared that “it takes a day to teach someone how to use a firearm and a year to learn when to use a firearm against another person,” suggesting that those with concealed carry permits would not be willing or able to put forth the time to learn how to properly use a gun.

One professor even said she would not be “able to reasonably tell the difference between the beginning of an active shooter situation and an open carry situation.”

Several faculty members argued that all the statistics show that increased gun presence leads to more violence and death.

“All the studies show that ‘good guys with guns’ is a false model, and that increased gun presence leads to increased violence,” one said.

“All statistics support the simple fact—when there is a gun, chances of it killing someone increases [sic] irrespective of good or bad intent,” another professor perplexingly claimed.

All in all, there were 283 similar comments left on the survey, with only a handful of professors supporting the bill and a few commenting on the biased nature of the survey. Knoxville Mercury reports that 296 commenters opposed the legislation, while only 17 supported the measure.

Notably, the bill only allows faculty and staff with concealed carry permits to carry guns on campus, not students.