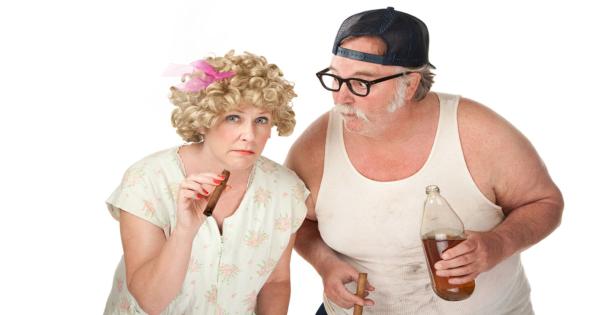 In an essay shared by The Atlanta Journal-Constitution, Rouhollah Aghasaleh, a PhD candidate in middle and secondary education at UGA, writes that dress codes unfairly discriminate against the hip hop culture enjoyed by young black students and others who come from working class backgrounds.

“Dress code as it exists in schools means some bodies are more privileged over others,” Aghasaleh states. “Dress code is to regulate and maintain the normative gender, sexuality, race, and class… Similarly, acting black and wearing clothes of working class is considered disruptive for education and inappropriate for businesses.”

Aghasaleh took issue with a clothing policy he saw posted at a mostly black Georgia high school last year, describing a flyer that “included figures of two young adolescents; a black male wearing baggy jeans, bandana, [and] tank top with a beer logo on front, and a white female wearing short shorts, halter top with spaghetti straps, and a hat.”

In Aghasaleh’s estimation, “the poster was meant to visually portray the inappropriateness of hip hop clothing, revealing too much skin and working class attire at school,” which he believes was intended to target an entire class of students.

“In the picture, representation of working-class masculinity and femininity was vivid, which was, of course, entangled with race as well,” he contends. “It conveyed a message to working class as well as black students (and faculty and staff) that it aims to exclude their culture from school environment. It also emphasized what is valued as modesty in the South.”

Going further, he argues that dress codes like the one he saw are actually an attempt to whitewash black culture.

“Knowing that clothing is a socio-cultural construct and potentially represents ethnicity, class, sexuality, and many other things, posting this picture simply means that white middle-class clothing and culture is privileged over working class and black ones,” he argues.

Aghasaleh, who studies education theory, calls himself “an educator who teaches for social justice.” In addition to his study of the intersection between social justice and education, he has practiced it by starting a Feminist Scholars-Activist club at UGA.

Aghasaleh elaborated on his opinions for Campus Reform, asserting that white, Christian teachers and principals try to make black, Hispanic, and gay students dress according to their standards.

“When [minority students] go to school, they have to act white, and they also have to act middle class,” he noted.

Aghasaleh wrote to the principal of the school he visited, arguing that “all individuals should receive an equal respect and all cultures should be valued equally in a public institution,” and asking what could be done to promote diversity and multiculturalism while making students “leave their cultural knapsack at the door.”

Aghasaleh told Campus Reform that professional dress codes are essentially unfair and judgmental ways of writing off minority students, explaining that “when you have a code for dress; when you see someone as distracting, we are sending this message that some cultures are more appreciated than others. We have terms like professionalism; publicly acceptable. It is very vague.”

He also compared bans on revealing clothes in the classroom to pedestrians and police officers making negative assumptions about black males dressed in hoodies, arguing that people often exhibit prejudice by labeling young women as distracting based on the clothes they wear, or by thinking that young black men are dangerous because of their appearance.

Aghasaleh hopes that teachers and the police will start accepting the dress and customs of minority students, and stop making biased, negative assumptions.