Dartmouth, home of the ‘Animal House’ no more 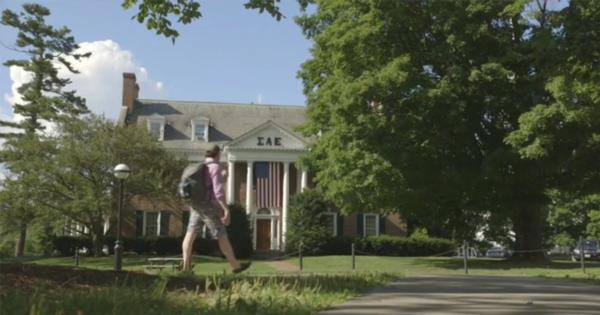 “In general you’d have trouble finding more articulate people anywhere in the country, of any age,” Heat Street pointed out. However, the staff noted that the Ivy League students still “struggle a lot to even define some of these heated concepts.”

Things have changed a lot since John Belushi's time.

One student had trouble succinctly describing micro aggressions. She interpreted it as “a little more than passive aggressive.”

A student named Matt says that trigger warnings have gotten out of hand on campus.

“There’s a lot to be said about the term ‘trigger warning’,” Matt said. “It was a relatively minor thing that I didn’t think was warranted the attention that certain major issues on campus and in the world around us do. Then, I came to see it as a sort of absurdity.”

Ash, a student writer for the conservative Dartmouth Review newspaper, recalled a Black Lives Matter protest in the school library last year, when protesters loudly berated peers who were studying for finals.

“Essentially students who invaded the library and started yelling at people for just baseless reasons. People show up and are able to post on Facebook ‘I was here and I protested,’ but what is not appropriate is to disturb and harass students when they’re studying. This is a college.”

A student named Aaron says he considers being politically correct and a nice person as one and the same. As a black man, he is always conscious of how school administrators and police officers view him.

“One of the things that motivates all of us, and including myself, is one, the lack of respect given to black, or honestly all professors of color. An unwillingness from the administration to stand up when there are problems, or rather aggressions, done against the minority communities.”

“In general, I sort of disagree with the way our people talk about political correctness in this country,” one student said. “It essentially gets people too scared to talk about what’s on their minds, because they’re worried that if they say a certain phrase or make a certain statement, then automatically they’ll be labeled either a racist, [or] homophobe.”