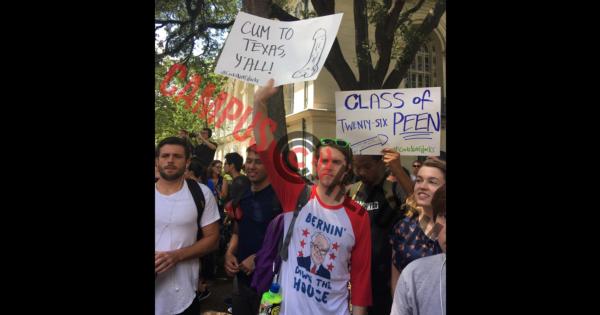 Thousands of students descended upon the University of Texas’ campus Wednesday with sex toys strapped to their backpacks in protest of the state’s new campus carry law.

“There are lots of arguments to be made between the connections of guns and phalluses, right?"

The founder of the protest, Jessica Jin, told Campus Reform that the idea was just a “knee-jerk reaction” to what she thought was an absurd policy, saying she never anticipated actually holding a protest.

“Everybody’s made a dick joke on the Internet before, and you never think anything’s going to come of it,” she said, explaining that the idea came to her after listening to some commentators on a local radio show who observed that gun violence is simply the norm in America now. 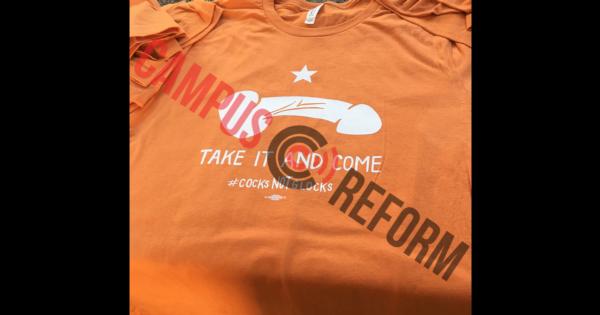 “Why isn’t a gun an obscenity?” she recalls asking herself. “So I created a Facebook event thinking that I’d just point it out to some of my friends and make them laugh by inviting them to this satirical protest that I wasn’t planning on having, and it blew up overnight.” 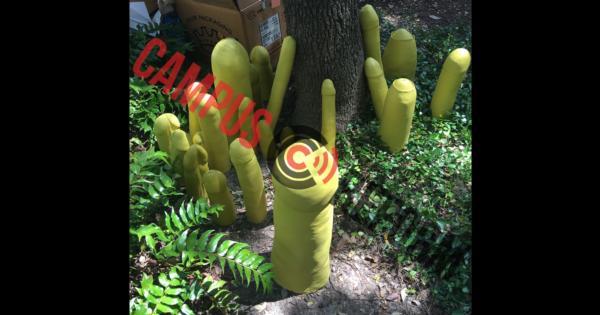 Although initially the protest was a “total joke,” Jin noted that there “are lots of arguments to be made between the connections of guns and phalluses, right? It’s a power thing, it’s a sexuality thing, it’s a control thing, it’s a masculinity thing.”

Jin was skeptical that the protest would have any real influence on state lawmakers, but she is hopeful that it will at least provoke a conversation.

“This is a long-term play and people are going to start talking about gun culture differently, and looking at it differently, and maybe laughing at it a little more,” she added. “We’re lowering the threshold for participation. Right now it’s really hard to get in the [gun] control conversation because it’s scary—as soon as you put an opinion out there you have to defend it to your death.”

Another member of “Cocks not Glocks” reported that the organization has received a lot of support from faculty at the school, even noting that some UT professors had scheduled a rally immediately following the protest.

The UT Dems, who actively campaigned against campus carry when it was being considered and lobbied against it in the spring, also joined forces with “Cocks not Glocks” at the protest.

“I personally believe it is your right to arm yourself. It’s in the Constitution, there’s no disagreeing with that,” the campus director for UT Dems, Rosie Zander, told Campus Reform. “It is fine with me to have your gun on the street, but there’s a difference between having it on the street and having it here. It affects free speech.”