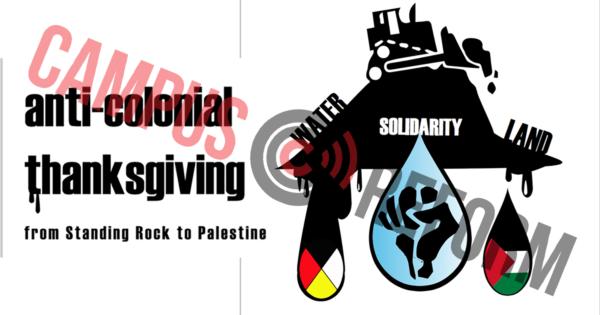 A pro-Palestinian student group at Smith College hosted an “Anti-Colonial Thanksgiving” celebration Sunday to protest “the poison of capitalist imperialism.”

The school’s Students for Justice in Palestine (SJP) chapter organized the “Anti-Colonial Thanksgiving: Water, Land, and Solidarity” event, which sought to highlight commonalities between the Palestinian cause and the Standing Rock Sioux protesters opposing the construction of an oil pipeline in South Dakota.

"Anti-Colonial Thanksgiving is an event focused on raising awareness of settler-colonialism."

According to the Facebook page for the event, speakers addressed the “parallel struggles” of the Standing Rock Sioux in their fight against the Dakota Access Pipeline and the issues facing Palestinians in Gaza, both of which groups are “fighting to protect their water tables from the poison of capitalist imperialism.”

SJP encouraged students to join them as they “give thanks to the water protectors in Standing Rock and the Gaza Strip,” claiming that everyone, no matter their geography, religion, race, or ethnicity, has seen the “pervasive physical and psychological violence” resulting from imperialism and colonialism. 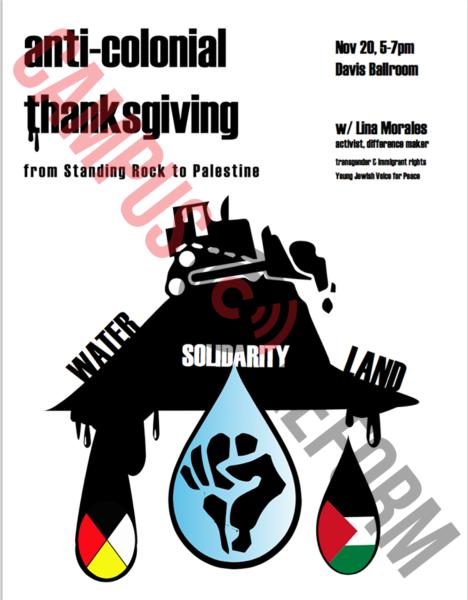 The featured speaker for the event is Lina Morales, a youth coordinator for Young Jewish Voice for Peace-Boston (JVP) who has been active in Palestinian solidarity work.

JVP has come under fire from the greater Jewish community for alleged anti-Semitism, as well as for taking part in anti-Israel boycott efforts such as the Boycott, Divestment, and Sanctions (BDS) movement.

“As the Smith community approaches the Thanksgiving season, let’s remember what we truly owe thanks for: not a legacy of colonization and cultural amnesia, but a legacy of solidarity and resistance," the event description concludes. "Anti-Colonial Thanksgiving is an event focused on raising awareness of settler-colonialism and the cultures and peoples affected by it."