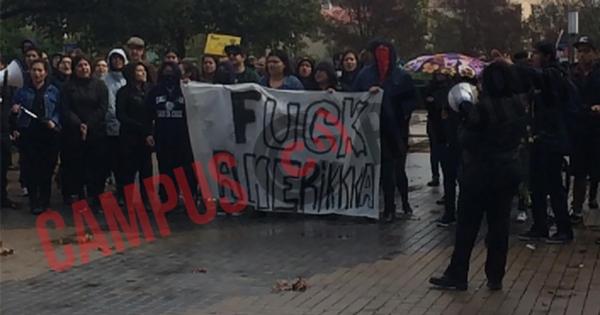 Several professors at the University of California, Irvine encouraged their students to skip classes Friday to protest President Trump’s inauguration.

In an email obtained by Campus Reform, for example, UC-Irvine English professor Rebecca Sacks informs students that “to accommodate those participating in the Walkout,” she would not hold class on Inauguration Day, and would instead email them an activity to complete over the weekend.

“If you see me at a protest Friday or Saturday, feel free to say hi.”

“The Walkout is an action that embraces solidarity and resistance,” Sacks asserted, adding, “I’m attaching a flyer which has more details.” 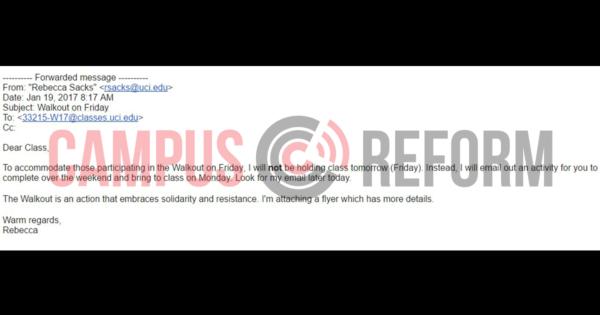 Another professor emailed students with permission to use a “make-up” for their Friday lab class in order to take part in the protests, saying, “I want to make it clear that I completely support (and encourage) the rights of students to be politically active and protest, both in cases where I agree AND in cases where I disagree.”

In this case, it seems the professor did agree with the inauguration protest, concluding the email with, “If you see me at a protest Friday or Saturday, feel free to say hi.” 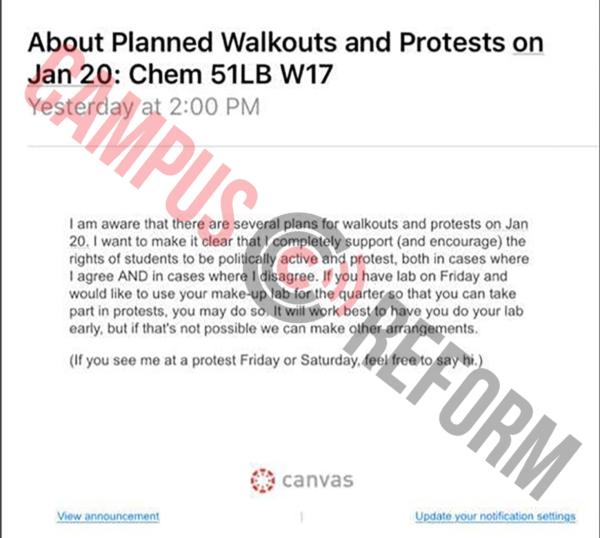 The walkout only ended up attracting about 100 students due to heavy rain, but those who did show up were vocal in their disdain for Trump, carrying signs that said, “Fuck Amerikkka” and “No to fascism” while parading around campus for over an hour in the rain.

Following the march, students gathered at an undisclosed location to “gather and build our community in a brave space open to all.” 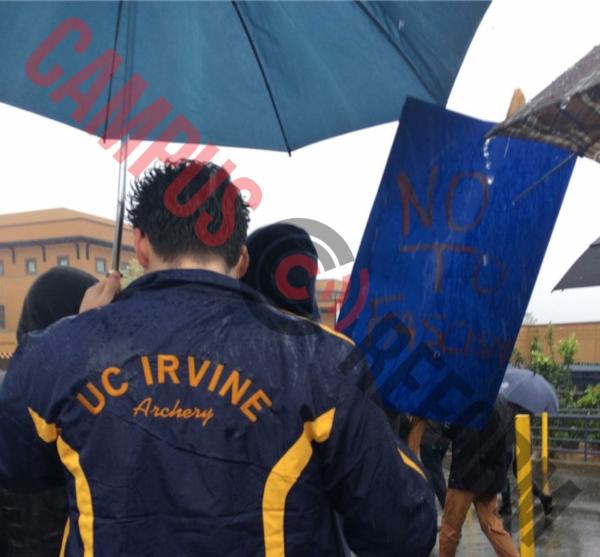 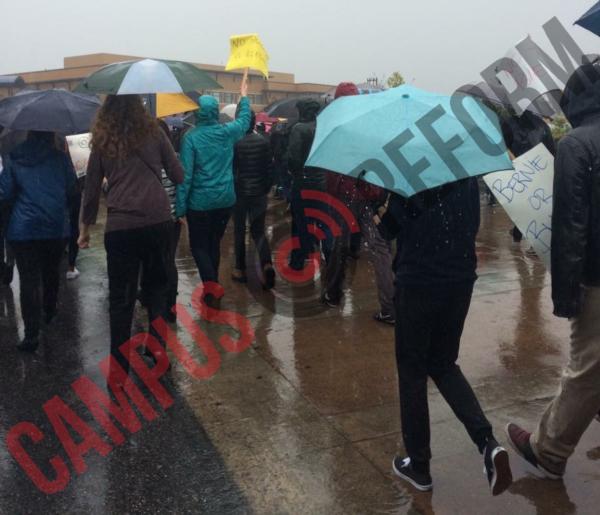 “I just didn't really appreciate the fact that she said she encouraged students to protest,” an anonymous student in one of the excused classes told Campus Reform.

“I think if you disagree with something politically, you definitely have the right to protest and you can exercise your right freely, but when you are a college professor, you in an authoritarian position and you shouldn't push your political beliefs onto students,” the student opined. “At the end, she said ‘if you see me at a protest feel free to say hi,’ [and] that's just not an appropriate thing for a teacher to say to a student.”

Campus Reform sought comment from both of the professors who excused students from class for the walkout, but neither had responded by press time.